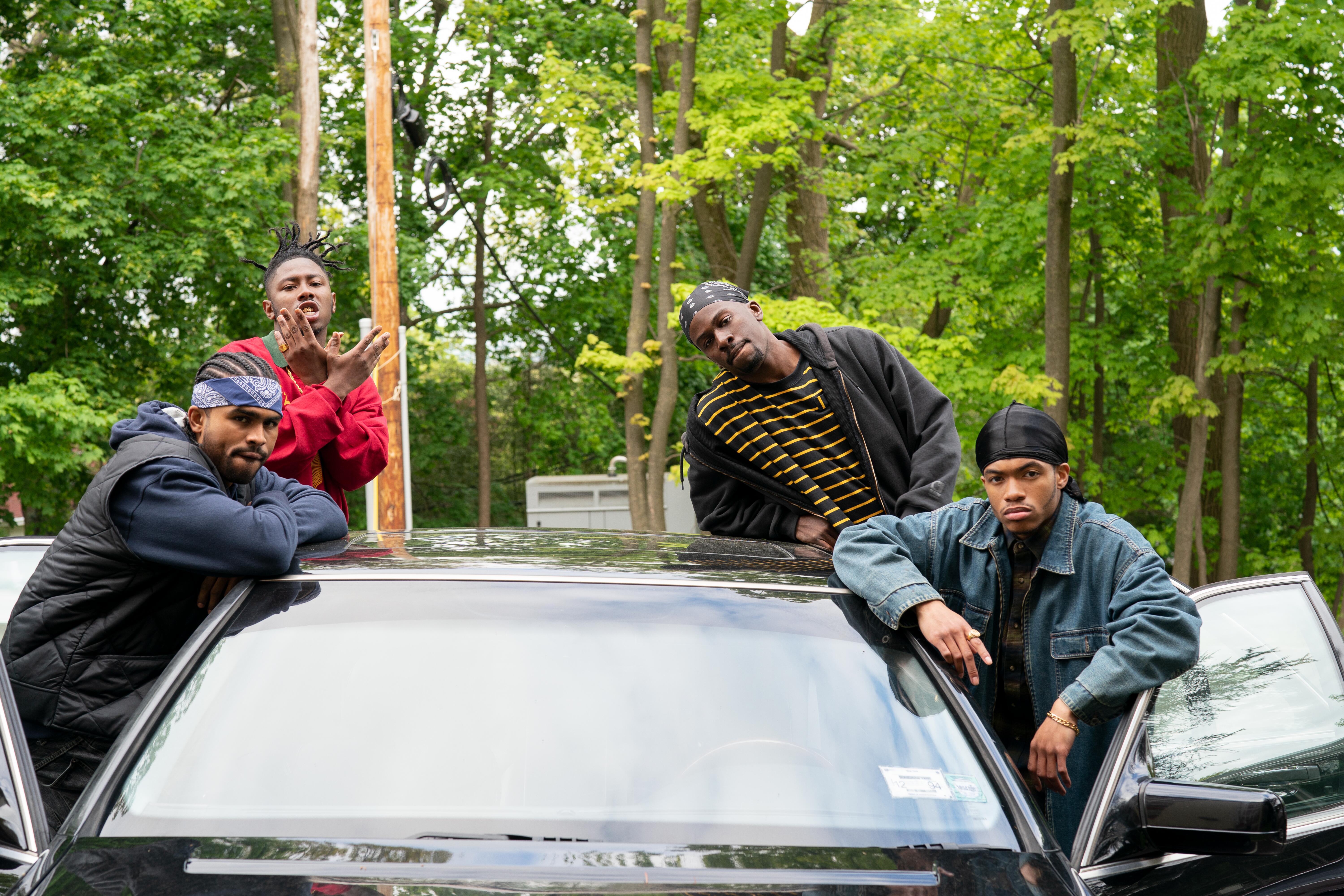 Wu-Tang is where it’s at. One of the originators of hip-hop are getting their story told on Hulu in Wu-Tang: An American Saga. The show chronicles the rise of one of the most influential hip-hop groups of all-time. An American Saga is currently in its second season.

I had an opportunity to speak with the majority of the cast of the show during the press junket for season two. I spoke to the cast about Wu-Tang’s influence on them, the connection they made on and off set with each other and even the fashion of the 90’s that they had to portray. Also, check out my interview with RZA and the other co-creator of the show Alex Tse.

I found this group of actors to be very fun, engaging and transparent. It was a great group of actors with great personalities. This was fun “speed interviewing”. The actors were mainly grouped together in twos or threes, so it was actually beneficial in witnessing their interaction with each other.

I enjoyed the banter. One of my favorite things was bringing up the Spider-Man stuff with Shameik and the guys on that interview. For those that don’t know, Shameik is the voice of Miles Morales in Into the Spider-Verse.

Zolee and Erika were a blast to chat with. Erika has such a big personality. Those ladies were dressed and looking very stylish, so I had to talk about the 90’s fashion they had to rock on the show.

I found it really interesting to hear about the actors musical influences from their youth to currently. Some interesting responses there.

This was a really cool junket to be a part of. I’m a fan of the show and these actors do a great job. Catch up on thee first season before you start binging season two of Wu-Tang.

Note: Ashton’s last name has an error in the video portion, it’s Sanders, not Anders. Apologies for any confusion.

WU-TANG: AN AMERICAN SAGA (Season 2) is out now on HULU