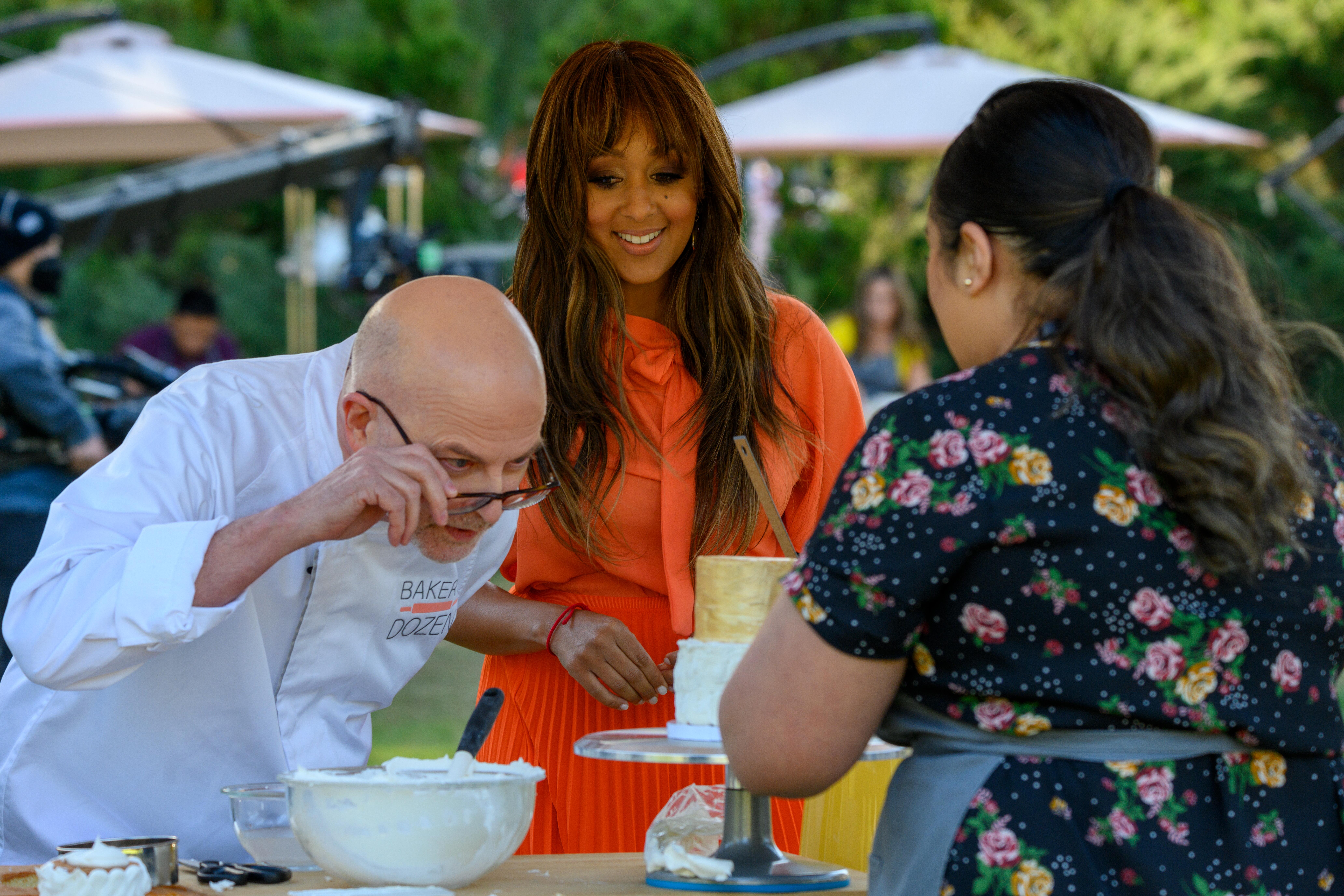 Get ready to be mesmerized by some of the tastiest looking treats and desserts you’ll ever see. Hulu’s Baker’s Dozen will be delightful treat and competition show. Professional bakers will face-off against amateurs in what promises to be a one-of-a-kind unique bake-off. The hosts of the show are Tamera Mowry-Housley and pastry guru Bill Yosses.

I had a chance to take part in the press day for Baker’s Dozen and spoke to Tamera and Bill. They spoke about the unique competition style of the show. The pleasant surprise with the cast. And how do they indulge in and avoid being around tasty goodies all
day!

It was my first time interacting with Tamera and Bill and they were both great. Tamera has a big and radiant personality, while Bill is more laid back, together they make a great team though. Tamera had a lot of infectious energy and it set the tone nicely from the start of the chat. I had to start out with my donut consumption admission. Looks like they also have a hard time saying no to treats, I loved the honesty.

So one big takeaway for me was how the contestants got along together and were encouraging to each other. It was really nice to see, especially on a competition based show. It proved you can be competitive without tearing each other apart. That’s pretty rare in today’s reality based shows, so maybe this show can be a good example that kindness is interesting also.

The show was fun and entertaining. Tamera and Bill make great hosts. Loved how they spoke glowingly about each other after I posed the question. They seem like good people and are fantastic hosts. Remember, watch the show on a full stomach, or else, you’ll be salivating! Haha