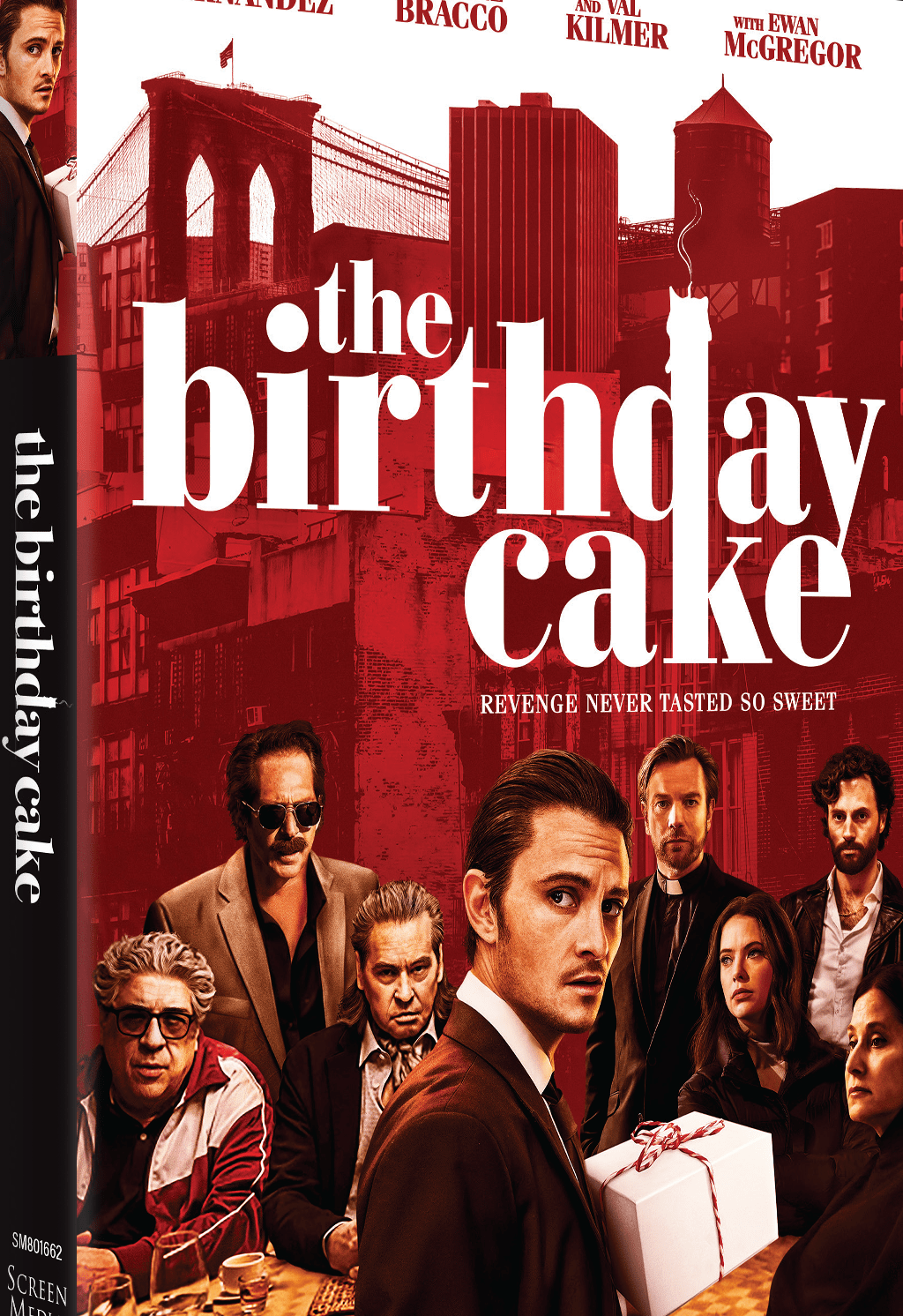 The must-see crime drama The Birthday Cake is coming to Blu-ray and DVD later this month. The star-studded cast includes Shiloh Fernandez, Val Kilmer, Lorraine Bracco, Emory Cohen and Ewan McGregor, among others.

SYNOPSIS: Gio (Fernandez) brings a cake to a memorial celebration for the 10th anniversary of his father’s mysterious death, hosted by his uncle (Kilmer), a Brooklyn mafia boss. His life begins to change as he pieces together what really happened to his father.

Previous post ‘The Conjuring: The Devil Made Me Do it’ Home Entertainment Release Date Announcement

Next post ‘No Man of God’ Poster & Trailer Release