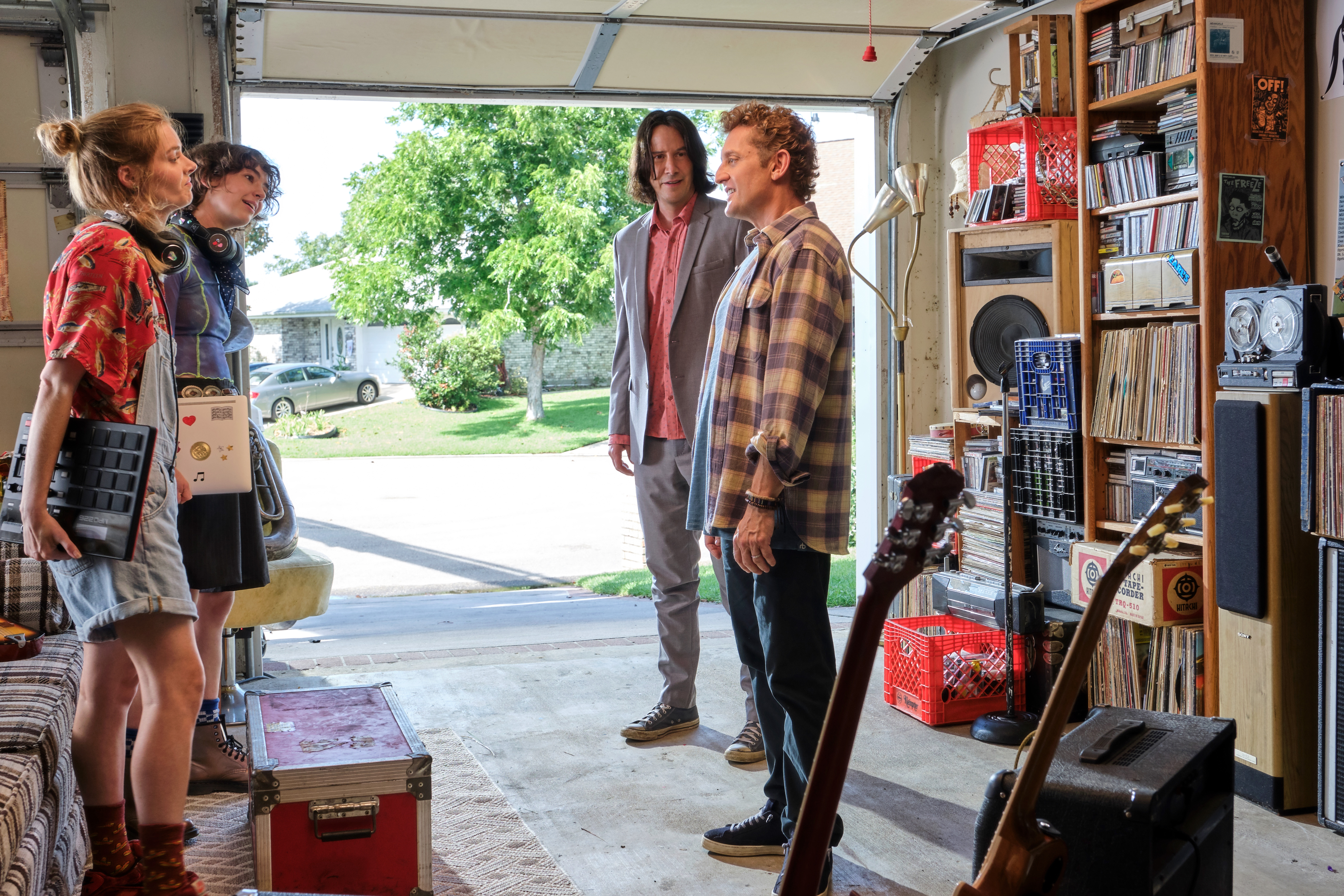 After decades of rocking out, Bill and Ted rock back to our screens in Bill & Ted Face The Music (out on 11/10). Alex Winter and Keanu Reeves are back playing Bill and Ted. This time around, Bill and Ted are are middle-aged guys with grown daughters. Their rockstar destiny failed to transpire, but they get one final shot at redemption.

Face the Music has all the excellent (pun intended) Bill and Ted adventures you’d expect, with a modern day twist to them. Reeves and Winter bring the same charm that we are accustomed to. This time around, Bill and Ted are joined by historical greats and musical legends that help them out on their journey to create a song that will save the universe and deliver harmony to all.

I enjoyed it. Felt exactly how a Bill and Ted movie should be like in modern times. I liked the addition of Samara Weaving and Brigette Lundy-Paine as the daughters. It was great to see William Sadler playing the Grim Reaper Death.

I highly recommend this for any fan of the Bill and Ted franchise. If you’re a newcomer to it, you should also find it enjoyable. Fun characters, lighthearted goofy humor and an entertaining story. Face the Music brings back all the Bill and Ted nostalgic feels.

‘BILL & TED FACE THE MUSIC’ is out now on Blu-ray, DVD and Digital