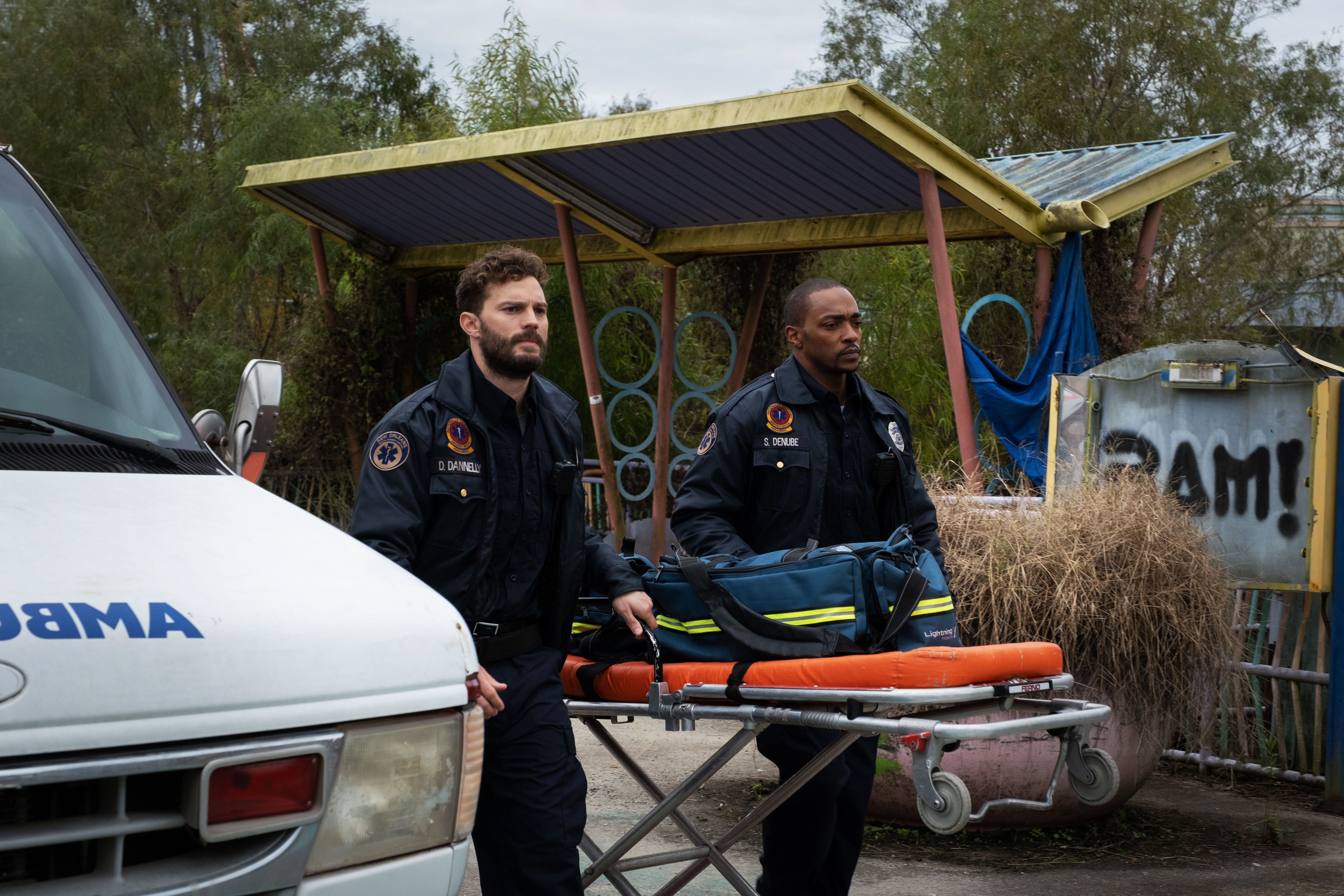 If you’re looking for a new movie to check out, I have just the recommendation for you. How about Anthony Mackie and Jamie Dornan in a sci-fi thriller? That’s what you’ll get with Synchronic.

I spoke to the filmmakers Justin Benson and Aaron Moorehead about the film. Justin and Aaron discuss the concept of the film. I ask them about the ending and potential alternate endings (SPOILER WARNING). They spoke about Anthony Mackie and Jamie Dornan. Plus, what really happened to the dog! Find out below.

Fun convo with the guys. I loved how chill and laid back they were. Drinking their latte’s and doing an interview. Badass. They were a little more serious than I expected them to be initially. Seemed like they had a great grasp on working together and you could tell they were longtime friends.

I appreciated them answering all my questions, even some that included spoilers to the film. It was interesting to hear their perspectives on the ending and how they envisioned the story and how it played out how they originally intended it to.

Didn’t know I’d get such a complete and great backstory on the dog, but the guys went in depth about him and what his purpose and destiny was. I found that to be awesome on how they had a complete backstory for the dog.

The movie is definitely worth a watch and deals with fictional but also real themes about racism, life, family, death, sacrifice. Mackie is fantastic in the lead role and I enjoyed his work alongside Dornan. Synchronic is a fresh and new. Check it out.

‘SYNCHRONIC’ is out now in Theaters, Drive-Ins and VOD

One thought on “Conversation with ‘Synchronic’ Filmmakers: On The Making of the Film, Alternate Endings and Anthony Mackie”