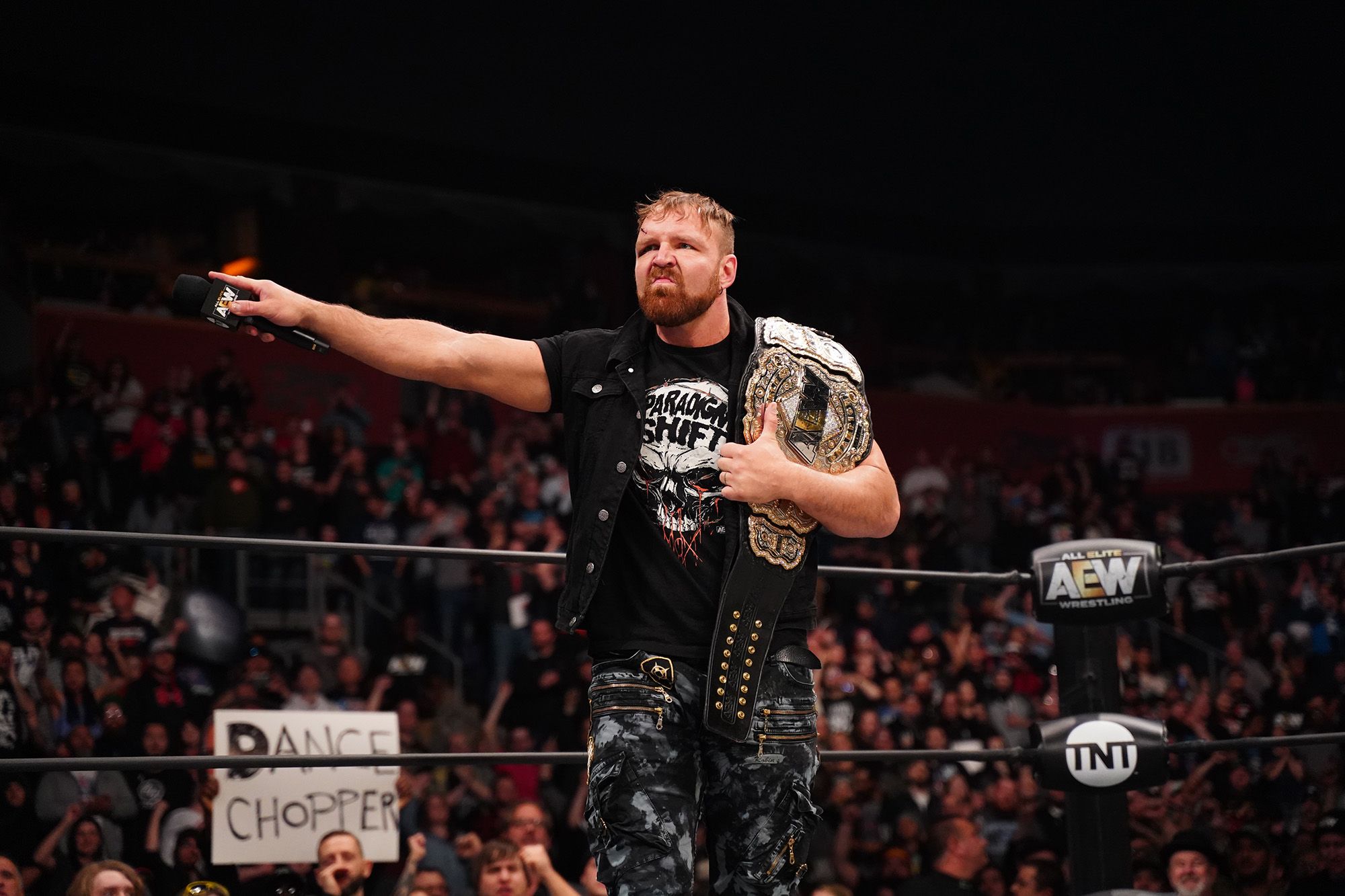 Jon Moxley has been the hottest name in wrestling for the past year. Named Pro Wrestling Illustrated’s 2020 number #1 ranked pro wrestler in the world. You know he’s doing something special. The current champ of All Elite Wrestling is also dipping into the movie scene. His latest is the knockout MMA flick called Cagefighter.

I had a chance to speak to Moxley (what he’s used to being called) about Cagefighter, in addition to his run in AEW and his future with the company. Moxley also delved into his interest in acting and hobbies. Check out this exclusive interview with the man that’s taken over wrestling!

This was super cool for me. I’m a huge fan of Jon Moxley. He’s the real deal. I kinda imagined him to be the way he was in the interview. Just realized that he’s also a fairly thought provoking guy with some depth. I can see why he can come off as misunderstood, eccentric and afoof, but he’s actually a pretty engaging individual. Jon was cool and transparent, which I always appreciate.

He seemed genuinely invested in the movie and his performance. He did a great job. The character was so aligned with his wrestling persona, it came off very natural and seamless. Hearing him talk about how it was him and Alex Montagnani and director Jesse Quinones choreographing and working out the fight scenes was surprising. Usually there are a lot more people involved and stuntmen that do a bulk of the physical stuff, but not in this movie. Credit to Mox and Alex on that. Tough dudes.

Didn’t know that Jon was interested in doing comedy and expanding his acting. I can see him do it. He certainly seems like a guy that will give anything a chance and not have any reservations, fail or succeed.

Obviously had to ask about AEW. After his WWE run didn’t end on a high note, he’s been thriving in AEW. He’s the face of the company and the promotion is skyrocketing. The wrestling world has been reignited since AEW made its mark. I certainly hope it keeps going.

Jon seemed very committed to AEW and building the brand long-term. He even mentioned that being the only company in the US that sees himself working for. Interestingly he also mentioned wanting to keep going till his 50s. He still has a lot of run in him.

Fun interview. Mox was gracious with his time. We did it on Zoom, but he didn’t choose to appear on camera. I get it. It was the end of the day and he already did a lot of press prior. Cagefighter really surprised me in how much I enjoyed it. Fans of MMA and wrestling should get a kick out of it also.

41 thoughts on “Conversation with AEW Wrestler Jon Moxley: On Retiring with AEW, Acting in Comedy and Not Understanding Video Games”

AEW ‘ALL OUT’ 2022 Week Chicago Takeover