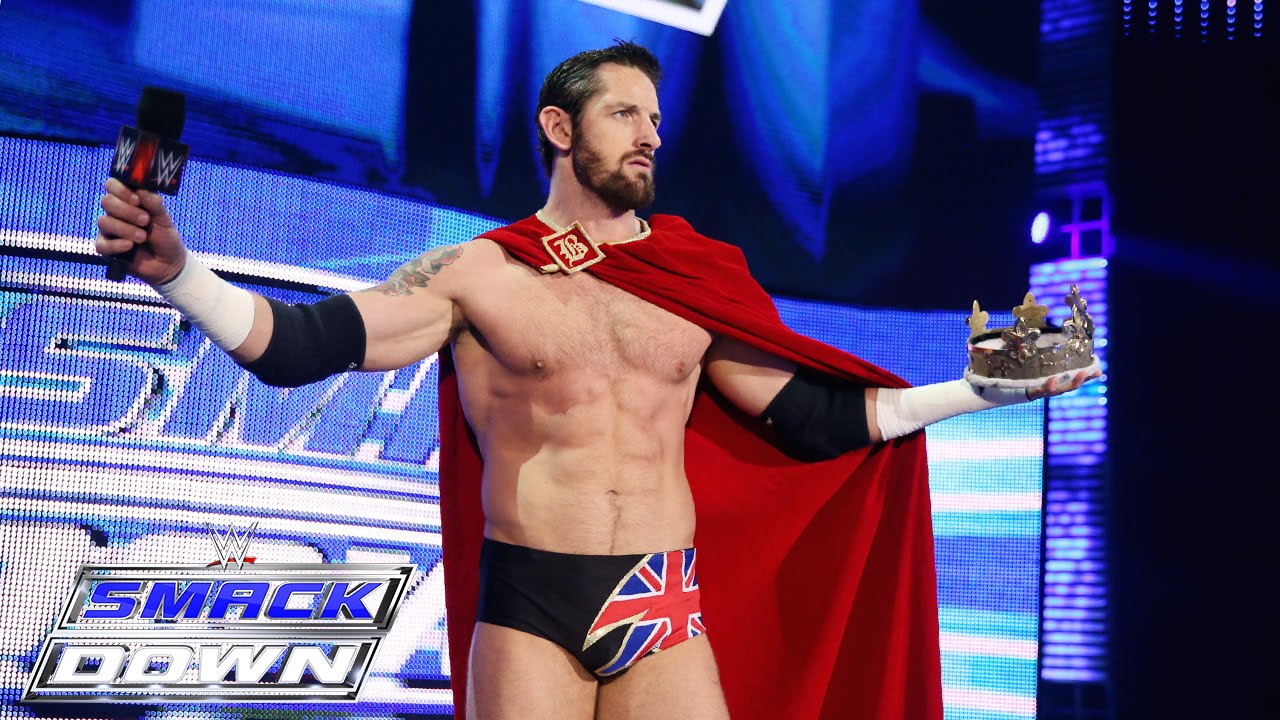 In wrestling circles, Stu Bennett was one of the biggest names in the industry in the 2010’s. He was known to audiences worldwide as WWE’s Wade Barrett. These days Stu is breaking out in the acting world and making a big name for himself. His latest film I Am Vengeance: Retaliation is a follow up to I Am Vengeance.

I had a chance to speak to Stu about the film and we talked about his wrestling career. Stu opens up about his worst gimmick in the WWE, never winning a world championship, working with his idol Vinnie Jones, plus much more.

This was my second time speaking with Stu, first time I interviewed him was when he was doing press for I Am Vengeance. I really enjoy talking to Stu. He is mostly known for playing a heel (bad guy) in the WWE, but outside the ring he seems like a really nice and cool guy. He’s very engaging and open, which I always appreciate.

Just like some of his fellow WWE peers (John Cena, Dave Bautista, Dwayne “The Rock” Johnson), he’s also stepped into the showbiz world. He’s definitely establishing himself as an actor, not just a former wrestler trying to act. Personally, I feel Stu has the look, legit fighting experience and charisma to be a legitimate force in Hollywood, especially in action movies.

I enjoyed watching Stu square-off against one of my longtime favorite movie badassses, Vinnie Jones. I wasn’t aware that Vinnie was a known soccer player back in the day. I found out he played for the legendary Chelsea team, plus made some international appearances for Wales. Cool stuff. Anyway, Stu grew up rooting for Vinnie, so it must be an awesome experience to go head-to-head with him in a movie.

I’ve followed Stu’s journey as a wrestler since his debut in WWE in a faction called “Nexus”. For fans of wrestling, you’d know that Nexus was one of the most successful groups of all-time. As mentioned at the top, Stu wrestled under the name Wade Barrett. He had a few different gimmicks during his run, including “Bad News Barrett” and “King Barrett”. Had no idea, he didn’t enjoy his run as “King Barrett”. So that was certainly interesting to hear from him.

I had to ask him about never winning a world championship. He held numerous tag team titles and Intercontinental title, but never the big one. I felt Stu was candid with his answer and found it to be very introspective of him to realize he might not achieve it, hence it being one of the reasons he left WWE.

I’m glad to hear he hasn’t shut the door on wrestling and he still does commentary for NWA. I’d love to see him get one more big run in WWE or AEW, I think that be an interesting spot for him. He did make it pretty clear that acting is where his focus is at and would never be a full-time wrestler again. Definitely can’t blame him, considering the rough full-time schedules and demands of being a full-time pro-wrestler.

Another enjoyable and fun interview with Stu. He’s always entertaining. You should check in out in I Am Vengeance: Retaliation. Some really badass fight scenes in the movie, especially the ones he’s part of, going against Vinnie Jones.

‘I AM VENGEANCE: RETALIATION’ available On Digital and On Demand on Friday, June 19, 2020