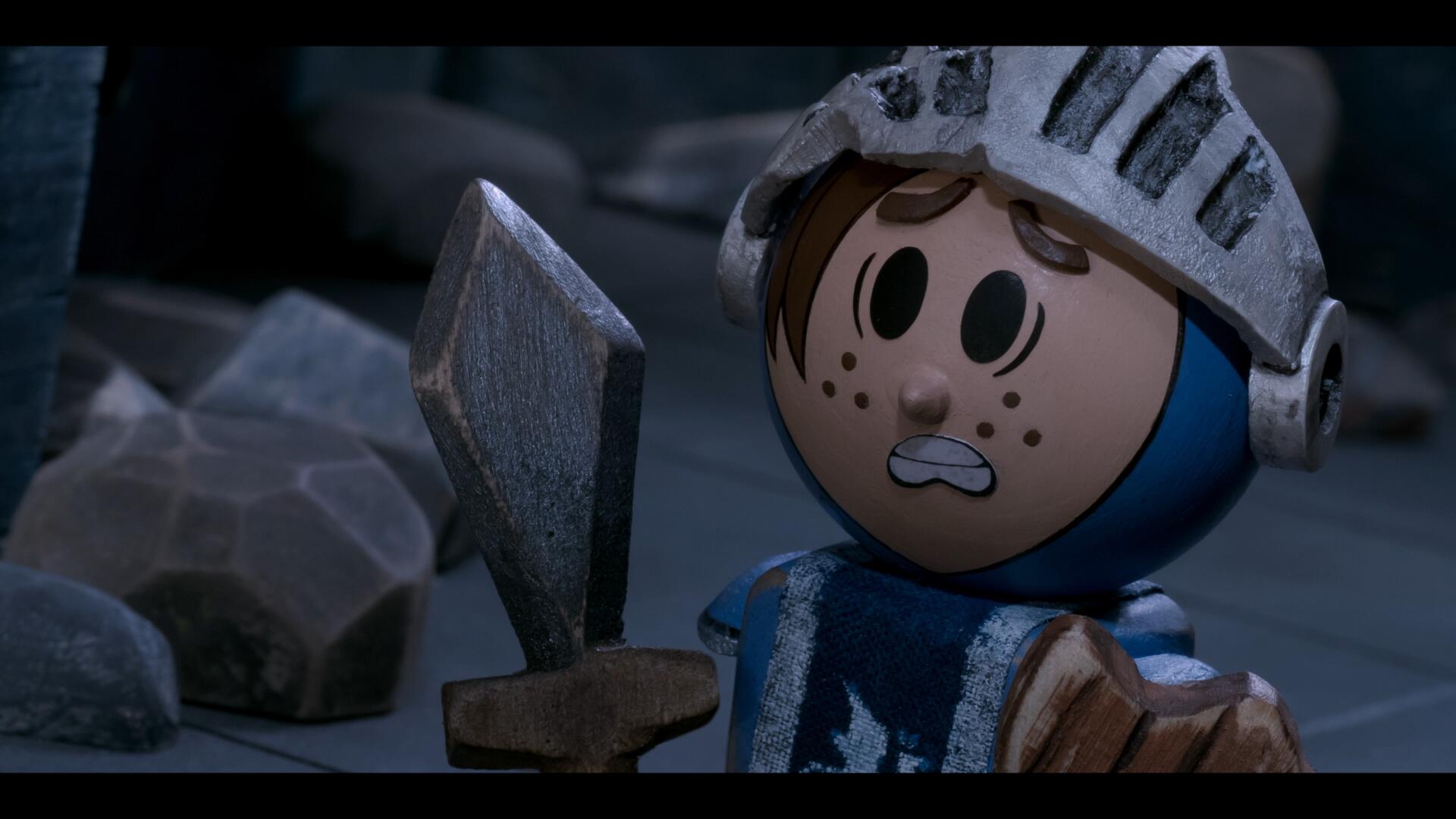 If you are a fan of animated raunchy shows like Robot Chicken and South Park then I have a show for you! Hulu’s Crossing Swords will have you looking at wooden pegs in a whole different way you could have ever imagined. The stop-motion animated show is loaded with top-notch talent voicing the characters.

I had an opportunity to speak to some of the cast from the show, Adam Ray, Tara Strong and Alanna Ubach. They talk about the appeal Crossing Swords had to them. How liberating it was throwing F-bombs, plus much more.

This was a sarcastic fun bunch. Yes, I’ll own it, I mispronounced Alanna’s name. Adam and Alanna rightfully gave me shit for it. I’ll take it. It was really fun to be able to let loose with this group. Easy conversation and sort of uncensored, which is fun.

I definitely got the sense that they certainly felt at ease with the script and being able to be uncensored doing their voice overs. The show is raunchy and as dirty as pegs can get! Who knew some pegs would create such a stir and scandals? Ha!

This is an entertaining show, from the creators of Robot Chicken. My kinda humor. Check out the show. It’s a lot of fun, with some of your favorite actors lending their voices.

All 10 episodes of the new, original, adult animated comedy “CROSSING SWORDS” are currently available on Hulu.