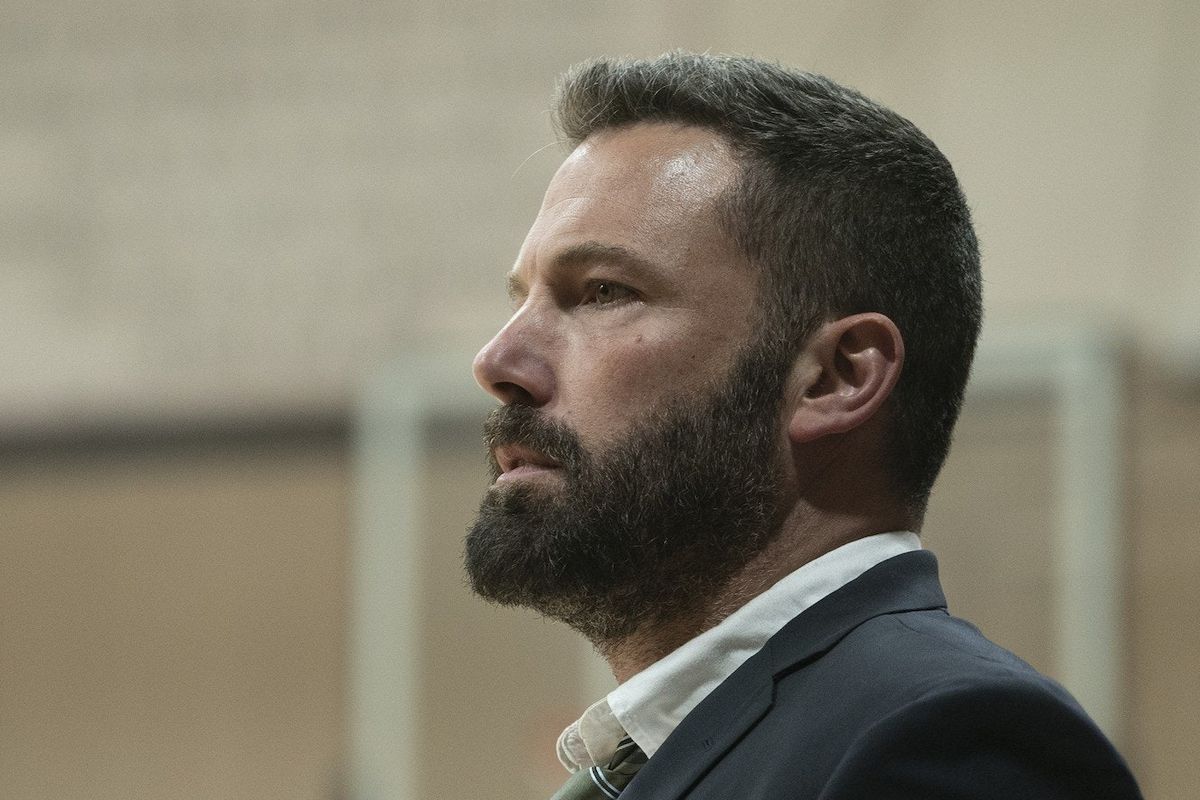 Ben Affleck has had a career full of ultimate highs and ultimate lows. He earned acclaim early in his career with Good Will Hunting that led him to big budget projects such as Armageddon and Pearl Harbor. After some bad choices, he rose again with The Town and Gone Girl. Recently we also seen him don the Batman cowl. Basically he’s done it all, good or bad. His latest film, The Way Back, is as much of a personal reflection as it is a professional one.

In The Way Back, Affleck plays a grief stricken individual that’s battling personal demons. A former star high school basketball player Jack Cunningham (Affleck) that walks away from stardom and a world of potential. Years later, after enduring personal struggles he gets a shot at coaching up his alma mater, while also getting a personal shot at redemption.

He takes over a struggling bunch who can’t seem to come together. Jack is offered a chance to coach these kid back up to respectability. He soon begins to find out that they are helping him cope and grow as much as he’s teaching them to become successful teammates and young men.

I really enjoyed this film for how raw it was. Director Gavin O’Connor links up with Affleck again after their successful pairing in The Accountant. They really seem to know how to work together. This movie is just pure storytelling. No glitz, no glamour, sort of ironic since Affleck is at the forefront, but maybe that’s most fitting for him these days.

There are two main aspects of this film, basketball and the personal struggle that Cunningham endures. The story arc is fairly common and ultimately predictable. In many ways it follows a similar formula to other inspirational underdog sports themed stories. However, what makes this one stand out from the rest is Affleck’s performance. More on this in the next paragraph.

Affleck is the main and only notable star in this film. He leads the way all-around. Affleck gets a lot of shit for his publicized life off-set. From his relationships to struggles with alcoholism and gambling. We have seen this individual grow into a flawed man in front of our eyes. Ben has constantly fallen and gotten up. This might be one of his greatest emotionally open performances to date. Granted, I am an Affleck supporter and consider him a great actor, even prior to this film.

The vulnerability that Affleck portrays is genuine and you can’t help but correlate it to his personal struggles. It’s one of these performances that’s not really even a performance, it’s life’s truth spilling out in a seemingly cathartic way. I really believed Affleck could have been a basketball coach in a past life based on his performance.

The rest of the cast should also be credited by their fittingly strong supporting roles. The boys who play the basketball players really made it feel like their were part of a real team.

The Way Back is a heavy movie. The content matter is equally joyous as it is emotionally draining. Hate him or love him, Affleck is amazing in the film. If he wasn’t such a polarizing figure, I’d expect him to garner awards votes, which I hope he does because this is a worthy performance.

The basketball aspect holds firm and it’s enjoyable in itself, but it’s the personal touch that grasps you throughout. It’s easy to root for everyone in this story, especially Affleck on a personal level. One of the best pleasantly surprising movies of the year. Everytime you think he’s done, he just keeps coming back stronger. Congrats to Affleck for allowing himself to be an example to others struggling with addictions. The Way Back certainly has many meanings beyond its title and you can witness it all in this story.

“The Way Back” Blu-ray contains the following special features:

·       Every Loss Is Another Fight: The Road to Redemption

Only two special feature elements, but both are very worthy of checking out and a great complement to the film. I recommend seeing them both.

‘THE WAY BACK’ is out now on Blu-ray, DVD and Digital