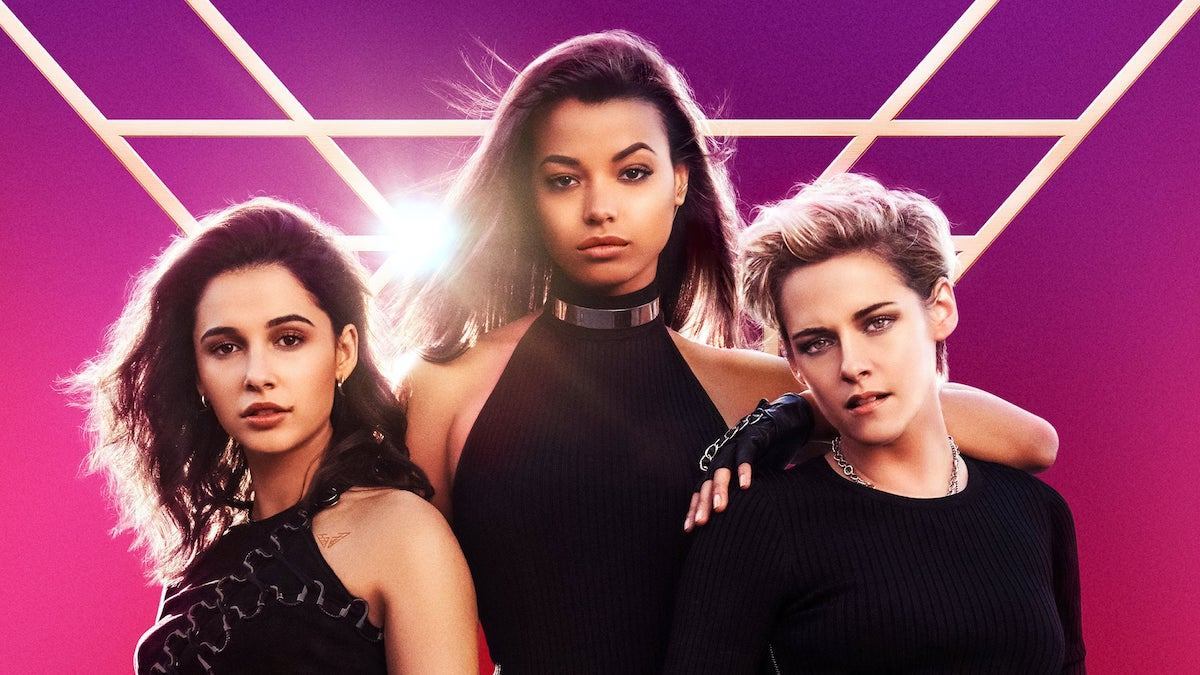 Elizabeth Banks has done a lot of memorable work as an actor, director and now writer. This time it’s quite forgettable with Charlie’s Angels. The reboot of the classic 70’s TV series, and more recently to early 2000’s movies takes a turn for the worse. So is there anything salvageable about this new version of the Angels worth checking out? Find out below.

If you are familiar with the series or the previous movies, you know Bosley is the Angel’s boss. This Angel story has a Bosley all around the globe. They are like regional company managers. The main ones we are focusing on here is Bosley herself (Elizabeth Banks) and John Bosley (Patrick Stewart).

Now that I got that out of the way, the Angels are Sabina Wilson (Kristen Stewart), Elena Houghlin (Naomi Scott) and Jane Kano (Ella Balinska). I’ll try to explain in my best ability the plot of this movie (believe me it’s not an easy task). The Angels are tasked with a mission that has an international security technology go awry. Stop the ticking time bomb and save to world. Angels…go!

The cast looks good on paper. Talented rising actors such as Naomi Scott and Ella Balinska don’t get their proper due to shine. Instead they are crowded with pointless fodder and busy background nonsense. I’m shocked respected actors such as the Stewart’s (Patrick and Kristen) took on these roles. How in the world were they bamboozled into this? Especially Kristen, who has had a nice run of some impressive indie work. Either way, talent wasted all-around.

Banks is at the center of this movie as a point of emphasis. She’s the co-writer, director and one of the main stars. So she has a lot to on her plate. Apparently juggling several roles doesn’t result in a good outcome. Her performance was the least of the issues. All the actors tried hard, but at some point the script just cripples all the effort.

Sadly the talented and highly regarded actors in this film are put to bad use. The script is poor and directionless. The dialogue is corny (not the good kind) and filled with meaningless catchphrases. None of the characters have a flushed out backstory or purpose, even the Angels don’t seem interesting and relevant.

I really needed to pause and gather ideas on how to summarize this plot. Check out the Imdb page for summary inspiration (hint: you won’t get one). It’s just a cluster of action and “cool” gadgets. Save the world from a evil man and mission accomplished. Lazy and empty story.

Some elements were passable. A few of the action sequences were alright. Some of the gadgets were interesting, but when chaos just keeps ensuing and a purpose isn’t standing out, then that’s a problem. These women kick-ass. So it has an element of female empowerment that sticks with this movie, but it’s overshadowed by the weak portrayal of men.

Here is a little positivity. The fight choreography was pretty solid and well executed by Stewart, Scott and Balinska. Ariana Grande’s theme song was is pretty catchy, but if you think about it a bit puzzling also, since it’s titled “Don’t Call Me Angel”. Hmmm. Isn’t that what the title of the movie is calling them? Just saying. I get the underneath conotaction, the Angel characters are more than just their name and work. At least it’s a head bopper.

You can certainly build strong and fierce female characters without entirely dumbing down the males. I felt the movie did it. The male characters lack any redeemable qualities, they are basically morons and objects without a purpose.

This is certainly a very weak attempt at rebooting a successful fun franchise. The movies of the early 2000’s were enjoyable and entertaining. This one was neither. The actors were wasted. The story is a mystery to make sense of, especially with several unnecessary twists and turns. Maybe you should see it to gain an appreciation for the series and the previous Angel films and quickly realize how much better they were. On the contrary, just skip this mess that Charlie can’t even clean up.