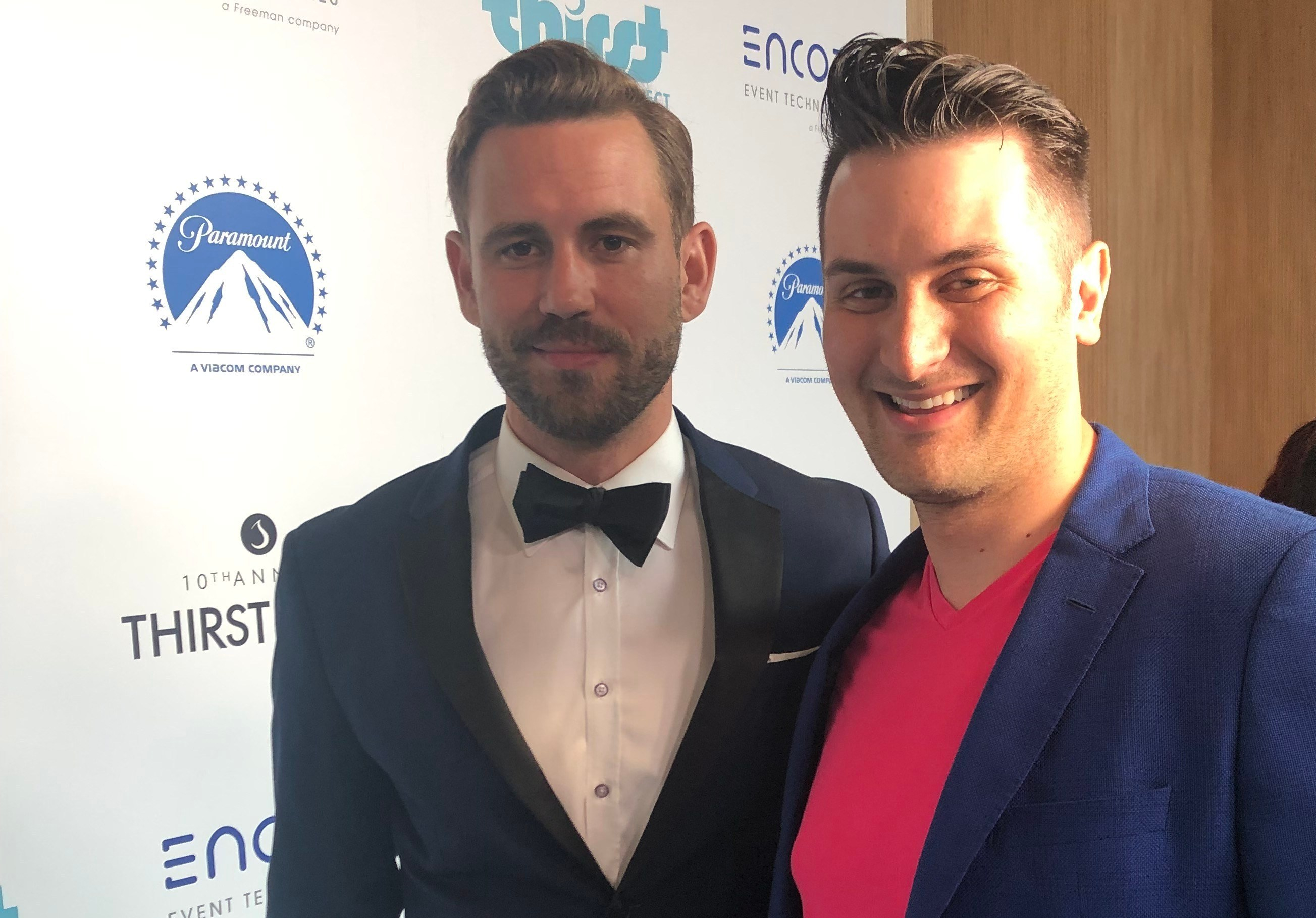 Nick Viall might be one of the most recognizable people from The Bachelor franchise. After numerous stints on The Bachelor, Bachelorette and Bachelor in Paradise, Nick has moved on from the franchise, but will always be connected to it. I spoke to Nick at the Thirst Project charity event about his time on the show and his thoughts on the newest Bachelor, “Pilot Pete”.

Nick, was fairly soft spoken, which sort of surprised me. He was open and conversational. Not the “bad” Nick that he was portrayed initially as on the show. He was pretty cool. It was fun talking to him about dating, he certainly has experience in it. After seeing him for years on the show, it was nice to meet him and get to know him a bit in person. Nick seems to be doing just fine carving out a career outside of The Bachelor.

Next post Infinity Festival: The Visual Bliss of VR