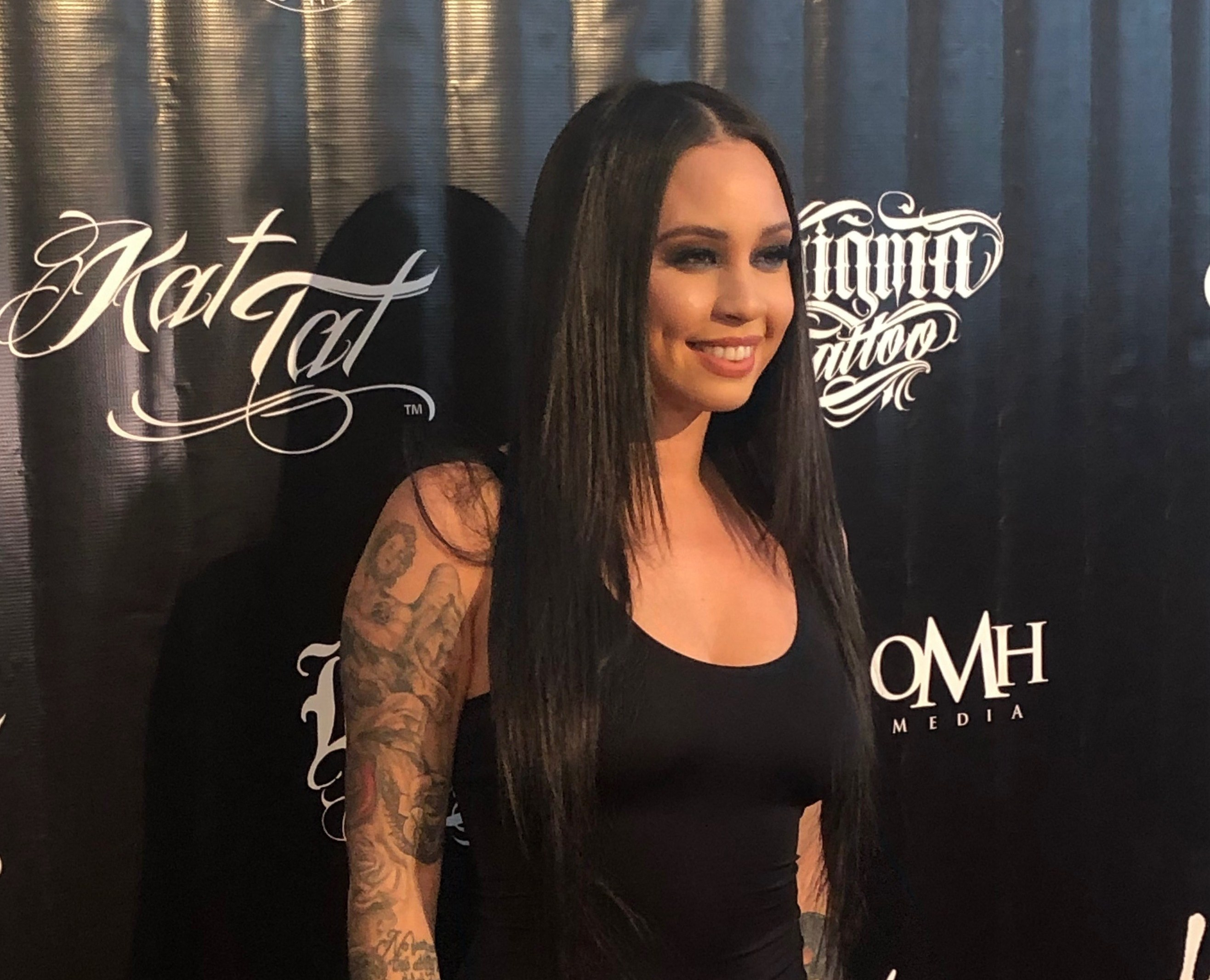 If you ever watched VH1’s “Black Ink Crew: Chicago” you have definitely know of Katrina “Kat Tat” Jackson. Not only did she make a name for herself on the VH1 show, but she has continued her success in the tattoo and business industry. Jackson is the first ever African American woman to own a tattoo shop. She’s the owner of Enigma Beverly Hills, in Beverly Hills, California.

Recently she celebrated the 1-year anniversary of Enigma. Reel Talker was on hand for the festivities and spoke to “Kat Tat” about her journey from tattoo artist to business owner.

I found Katrina to be sweet and energetic. Enigma was packed for the one year anniversary of the opening. It’s a pretty cool looking place also. I was surprised to find out she was the first African American female to own a tattoo shop. You’d think with the popularity of ink, you’d have more female tattoo shop owners. It’s an accomplishment, nonetheless.

Kat is form Chicago, so there was a natural connection we had in common. When you look at the list of famous people listed as her clients, it’s impressive, those include actor Idris Elba, NFL superstar Von Miller and artist Faith Evans to name a few.

The cake was pretty awesome, as you’ll see in the pictures below.