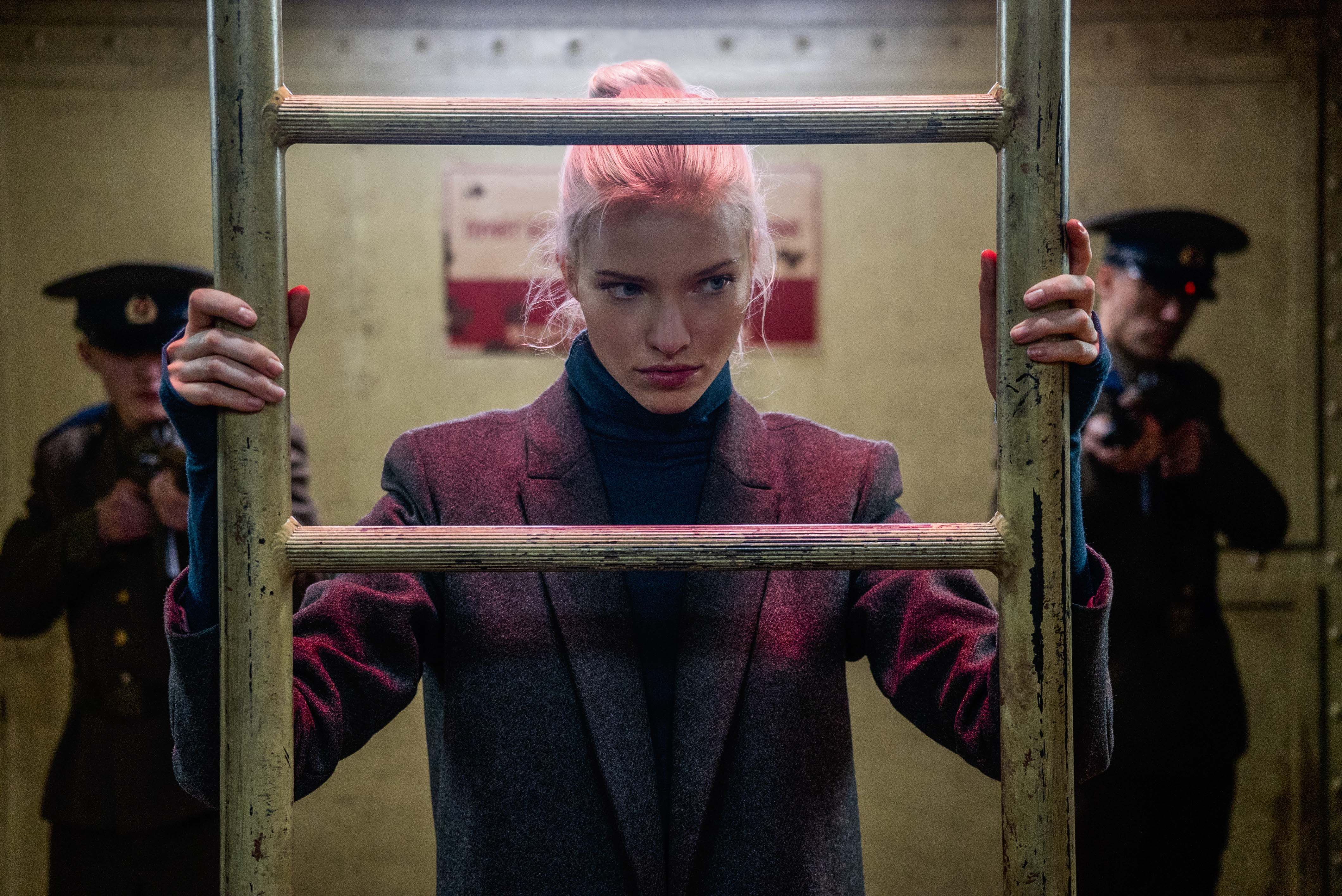 Don’t let looks deceive you. That’s a big theme in Anna. Renowned French filmmaker Luc Besson is circling back into familiar territory of high octane action centered on a kick-ass female lead. How does Besson’s latest action thriller stack up?

In short, a Russian model turned spy. That description wouldn’t due justice to what Besson accomplishes with this film though. Anna Poliatova (Sasha Luss) is a stunning beauty with a rough past. With no family to rely on and stuck in a toxic relationship, she finds herself in a troublesome place. Enter Alex Tchenkov (Luke Evans), who offers her a life altering choice to join the KGB.

Anna embarks on a journey as top-level international spy and model on the side, that leads to numerous series of events that cross international borders and agencies. Expect a ton of twists and turns along the way.

One of the strongest points of the movie is that it takes time to establish Anna’s character and let you into her bleak world. It doesn’t rush into her spy world, but instead it navigates you through her troubled past and her new start as a supermodel in Paris. I appreciated this effort of deeper character establishment, in a genre where moving at rapid pace and jumping into action is the norm.

Luss has an actual highly successful modeling career in real life. Anna is her second credited film, having previously appeared in Besson’s Valerian and the City of a Thousand Planets. Discovering Luss might have been Besson’s greatest feat from working on the forgettable Valerian. For someone who is a complete newbie, Luss does really good work in this film. She’s got an electric presence about her. She plays Anna with a calm and mysterious demeanor. Luss captures the essence of a real life model and blends it with the aura of a high-level action star, which ends up being a winning combination.

Luss has a lot of star qualities. She’s far more than just a visually striking beauty. Her on-screen charisma is evident. She nails all her fight choreography. Most importantly she’s compelling to watch. This was a fantastic role for her to introduce herself to the cinematic world. When you think of a femme fatale action star, you think of the likes of Angeline Jolie Scarlett Johansson, Charlize Theron and Uma Thurman, based on this performance, Luss has the potential to join those ranks.

Seems that Evans is in every movie over the last year. The thriller genre suites him well though. Evans doesn’t take on the action sequences in the film, but he does fine playing Anna’s mentor.

Hellen Mirren plays Olga, Anna’s KGB director. Mirren is hardly recognizable. Unlike Evans and Luss, Mirren was completely miscast. It was a stereotypical caricature of an old Russian lady with a bad accent and smoking cigarettes throughout. Mirren is way too good to take on this sort of portrayal.

Cillian Murphy plays All-American CIA guy Lenny Miller. Murphy is a fantastic underrated actor, but he also feels miscast. An actor of his caliber doesn’t have an issue pulling-off an American accent, but it doesn’t feel natural at all.

The story takes place in the mid 80’s, but several characters seem to be equipped with a cell phone, even a grandma who apparently loans her phone to Anna for her to make a call? Looks like 80’s Russia had some advanced technology they were regularly using that the rest of the world wasn’t made aware of.

Another instance of this is when Anna whips out a hard drive and a USB stick to copy some information. I don’t know about any of you, but I remember using floppy discs till the end of the 90’s and didn’t see a USB till the 2000’s, but apparently Anna gets the benefit of doubt with her futuristic gadgets. The flashbacks range from either a few months to a couple years, not decades that the technology would suggest.

I enjoy a good high-octane action movie with twists. The best compliment a a movie of this genre can get is that it had you on edge and guessing till the final scene. Anna does just that. The level of twists and turns is borderline absurd though. There are twists on top of twists and turns on turns. I can’t even remember the last time I’ve seen a movie just constantly try to one-up itself with plot twists. It’s a good thing, but it walks a thin line of becoming overkill.

The days of having a women lead an action movie and kick ass being a novelty are way behind us. Women have lead action films for a while now, from Uma Thurman in Kill Bill to Gal Gadot in Wonder Woman, along to countless others mentioned. It’s the normal proven standard that women are just as good as men in these roles, if not better. Luss provides another example of this.

While you never want the plot to be predictable and lazy, you also don’t want the film to turn into mathematical calculus equation, attempting to analyze and put together every scene as the movie is moving at rapid pace. At times Anna does dip into such confusion. I still give Besson the credit of laying down a compelling plot. The film is entertaining on plot and action, but lacks continuity.

This is an ambitious thriller. It tries hard, to the point of nearly missing the mark. Luss is impressive in her leading role debut. The faults of it lie in the messy continuity and the laxity it takes with the flashbacks. The fight scenes are flawless and Luss makes them look like she’s an actual pro. Smooth, fast-paced and exciting. Besson knows how to execute an action scene that’s visually stimulating.

Overall, I enjoyed it for what it was. You can’t take it too seriously, but if you go along for the ride, it will be a fun one. It feels fresh (could be due in large to the twists) in a genre that often times recycles stale plots. Keep in mind it’s pretty bloody and gory, so the fight scenes might leave your stomach feeling a bit queasy. When it comes to making the spend or save decision, I’d say it’s worth heading out to the movies to check it out.

One thought on “Movie Review: Anna”