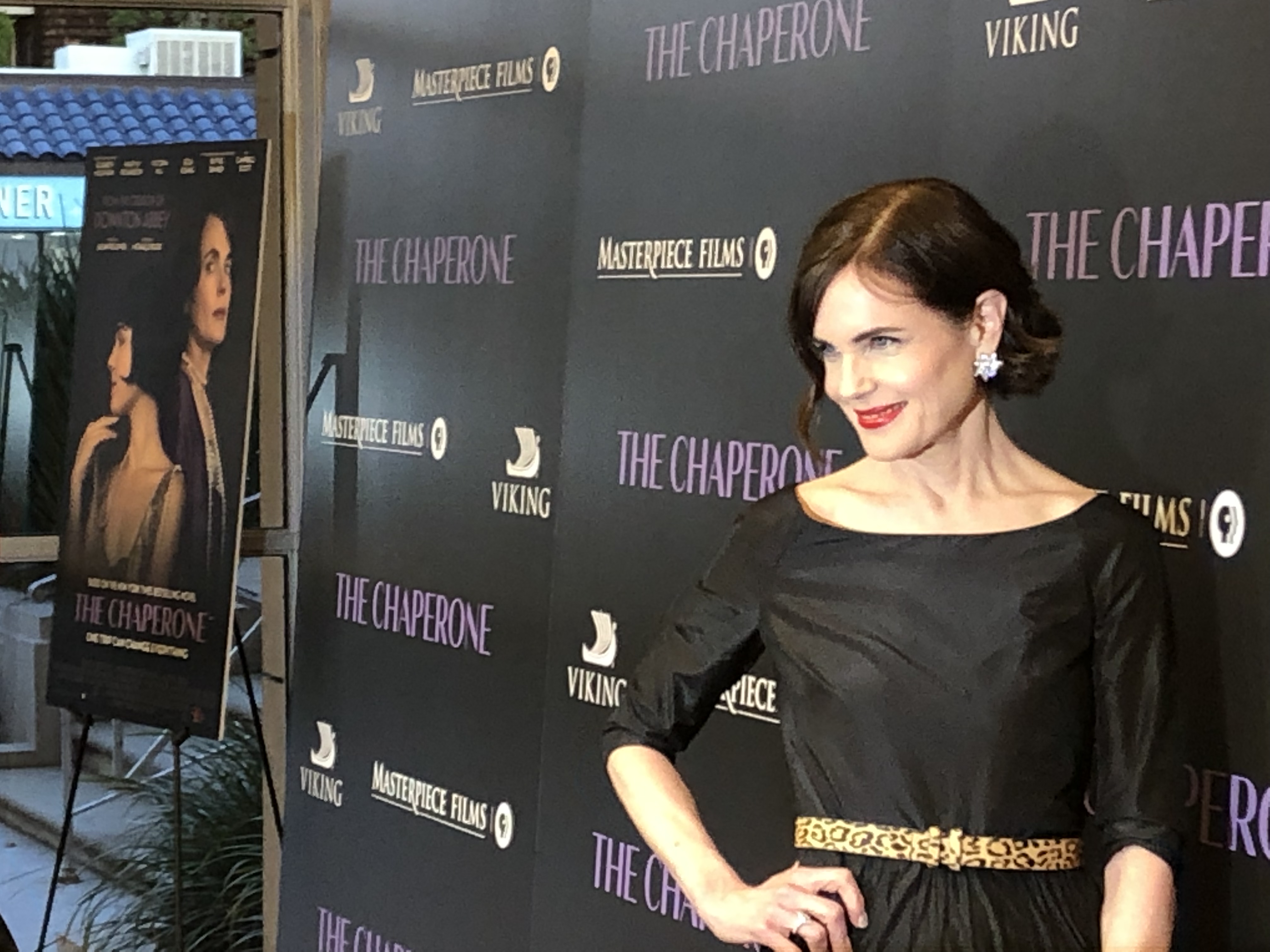 If you like a good coming-of-age period piece, look no further than Michael Engler’s (Downton Abbey) latest film, The Chaperone. The film stars budding star Haley Lu Richardson and veteran actress Elizabeth McGovern. Reel Talker was at the premiere of the film. Below are the interviews with the cast of the film from the red carpet.

Unfortunately Haley Lu Richardson wasn’t at the premiere, but I did get a chance to speak with Elizabeth and Victoria Hill, both star and producers on the film. Both of the ladies spoke about the difficulties they faced on getting these films made. I found both ladies to be well spoken and pleasant to speak with.

Even though the times are changing, it’s still not easy to pitch female driven films, which evidenced by movies like this having to go through a long process of being made.

Certainly the film has a unique story about two women in vastly different points in their lives going together on a journey of self-discovery. It all takes place in the 1920’s, which adds to the uniqueness.

THE CHAPERONE is out now in Theaters, check your local listings for showtimes

Next post Jodie Foster Interview at the ‘Be Natural’ Movie Premiere