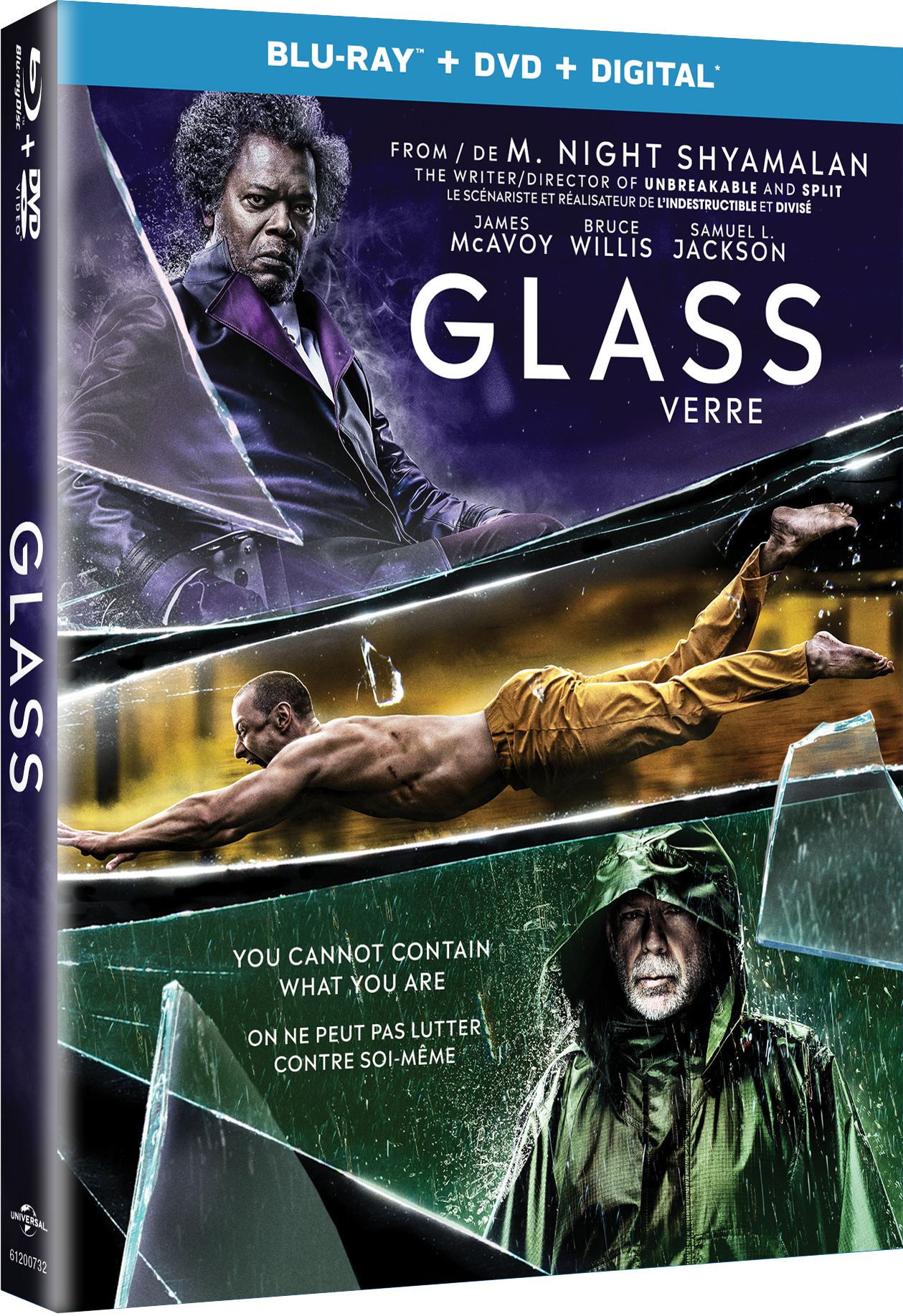 The star studded cast of Bruce Willis, Samuel L. Jackson and James McAvoy join together to form the unlikeliest superhero team in Glass. This dynamic Sci-Fi thriller delivers with action and suspense.

Soon it will be available for your home entertainment enjoyment when Glass comes out on 4K Ultra HD, Blu-Ray, DVD and On Demand on April 16. You can see it on Digital earlier, on April 2.

·       The Collection of Main Characters – A look at all the main players and how they fit in the universe created by filmmaker M. Night Shyamalan.

o   The Rest of the Family

·       Bringing the Team Back Together – M. Night Shyamalan is famous for working with many of the same crew from film to film.  In this piece, cast and crew share personal stories of why Shyamalan’s productions feel like seeing family again.

·       David Dunn vs. The Beast – An in-depth look at the animalistic face-off between David Dunn and The Beast

·       Glass Decoded – M. Night Shyamalan unveils some secrets of continuity and style from across the Glass trilogy

·       Breaking Glass: The Stunts – The superhuman strength of The Beast is best illustrated in the stunts. Take a behind the scenes look into the very effective methods of executing stunts in the film.

·       Connecting the Glass Universe – Explore M. Night Shyamalan’s stylistic approach to the Glass trilogy and the unconventional concept of a comic book movie grounded in reality.

·       The Sound of Glass – Composer West Dylan Thordson elaborates on his use of string instruments to create tension, and explains why recording the score on-location enhanced the tone of Glass.

·       Enhancing the Spectacle – The VFX team provides details on the rewarding task of using CGI as an effective tool to intensify the narrative of Glass.

·       Night Vision – A look at the early stages of Glass by examining the storyboards and their remarkable similarity to the final shots in the film.