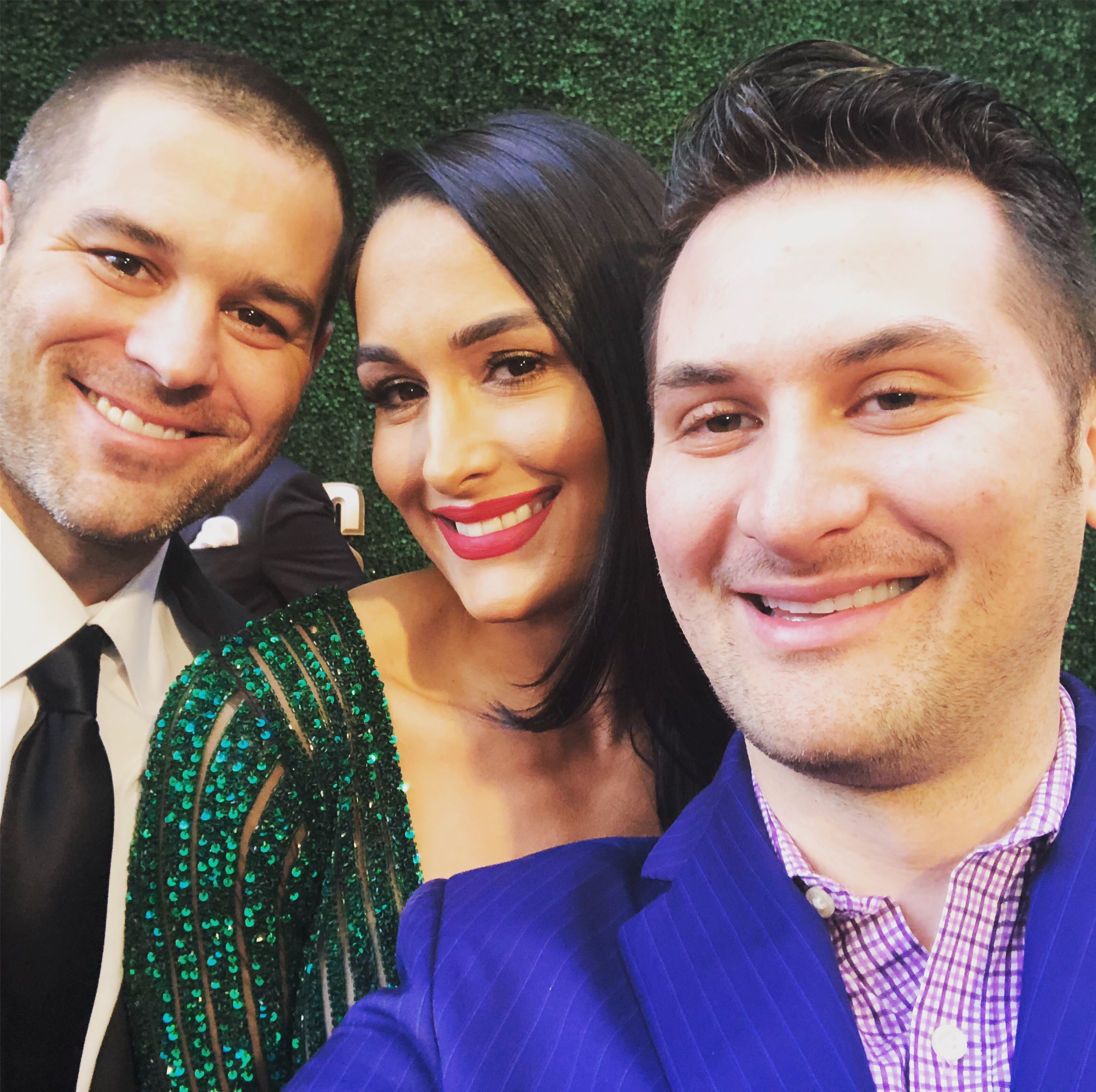 Nicole Garcia-Colace aka Nikki Bella has become a household name. First she made her name in the ring wrestling for the WWE, then she starred in E! networks Total Divas, which lead to her and her twin sister Brie starring in their own show, Total Bella’s. Nikki is not stopping her momentum, even if she’s away from the ring, she’s starring in films and television.

Recently I spoke to Nikki about her celebrity status, WWE run, and her brother-in-law, current WWE Champion Daniel Bryan. Nikki’s brother JJ joined in on the conversation also.

Nikki and JJ were a blast to talk to. It was cool to see her bring him along for the red carpet. I found Nikki to be very pleasant and engaging, as well as open. I was curious to know about her experience going from WWE to Hollywood.

Had to know her thoughts on the current women’s division in WWE and upcoming Wrestlemania main event. She said she feels like a proud mom, which is a unique way to look at it, especially since she’s very much in the mix to return to wrestle.

Daniel Bryan is the talk of the WWE, so hearing Nikki talk about how much reality and truth is incorporated into his character is a great inside look, coming from someone who knows him so well.

TOTAL BELLAS can be seen currently on E!, Hulu and WWE Network

One thought on “Nikki Bella Talks WWE and Celebrity Life”