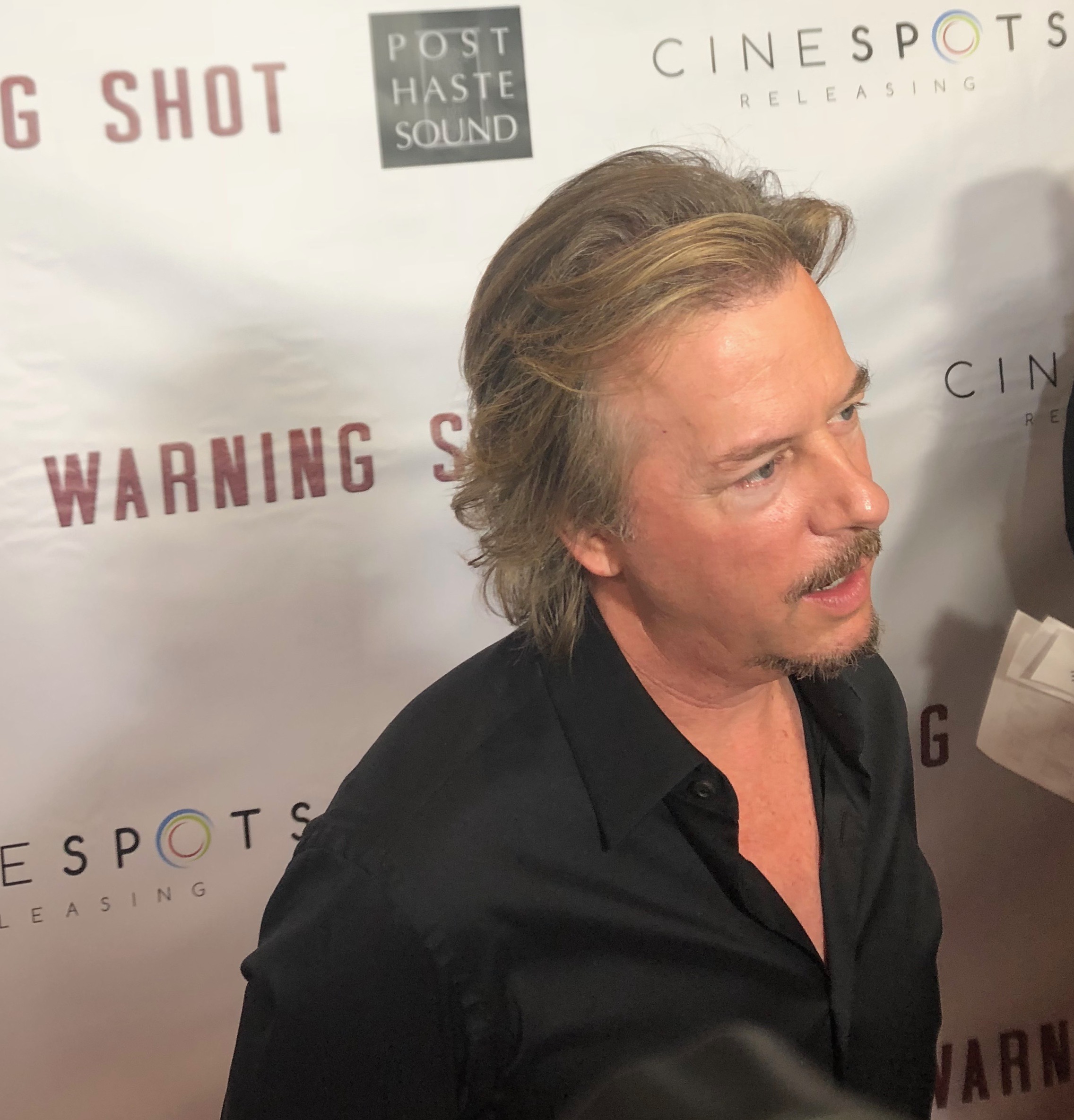 Warning Shot held it’s premiere and red carpet event in Los Angeles last week. The film stars David Spade, Bruce Dern, James Earl Jones, Tammy Blanchard, Guillermo Diaz and Onata Aprile. I had the pleasure of covering the red carpet and speaking to the stars of the film. Check out the interviews below:

The genuine mood and feel for this event was really upbeat and positive. Everyone I spoke to seemed very proud of the film which makes it that more excited to hear them talk about it.

It was my first interaction with David Spade and my immediate take is that he’s a cool cat. Dry sense of humor and sarcastic. He’s a pro.

Tammy is a firecracker. She was very engaging and fun to talk to. She seemed very down to earth and she’s the lead in the film.

Onata Aprile really carries herself with real maturity. She’s wise beyond her years and answered every question I had for her with. It’s really impressive to see kids and teens carry themselves with class and display maturity, Onata certainly left that impression.

Spero’s passion for the project is immeasurable. I spoke to him at the after party and he’s put in a ton effort into making this movie. You can’t help but root for his vision to come true.

The film was really solid. Good performances with a strong female lead at the core of it. It has high intensity moments. Straightforward plot. It’s a movie that’s definitely worth checking out.