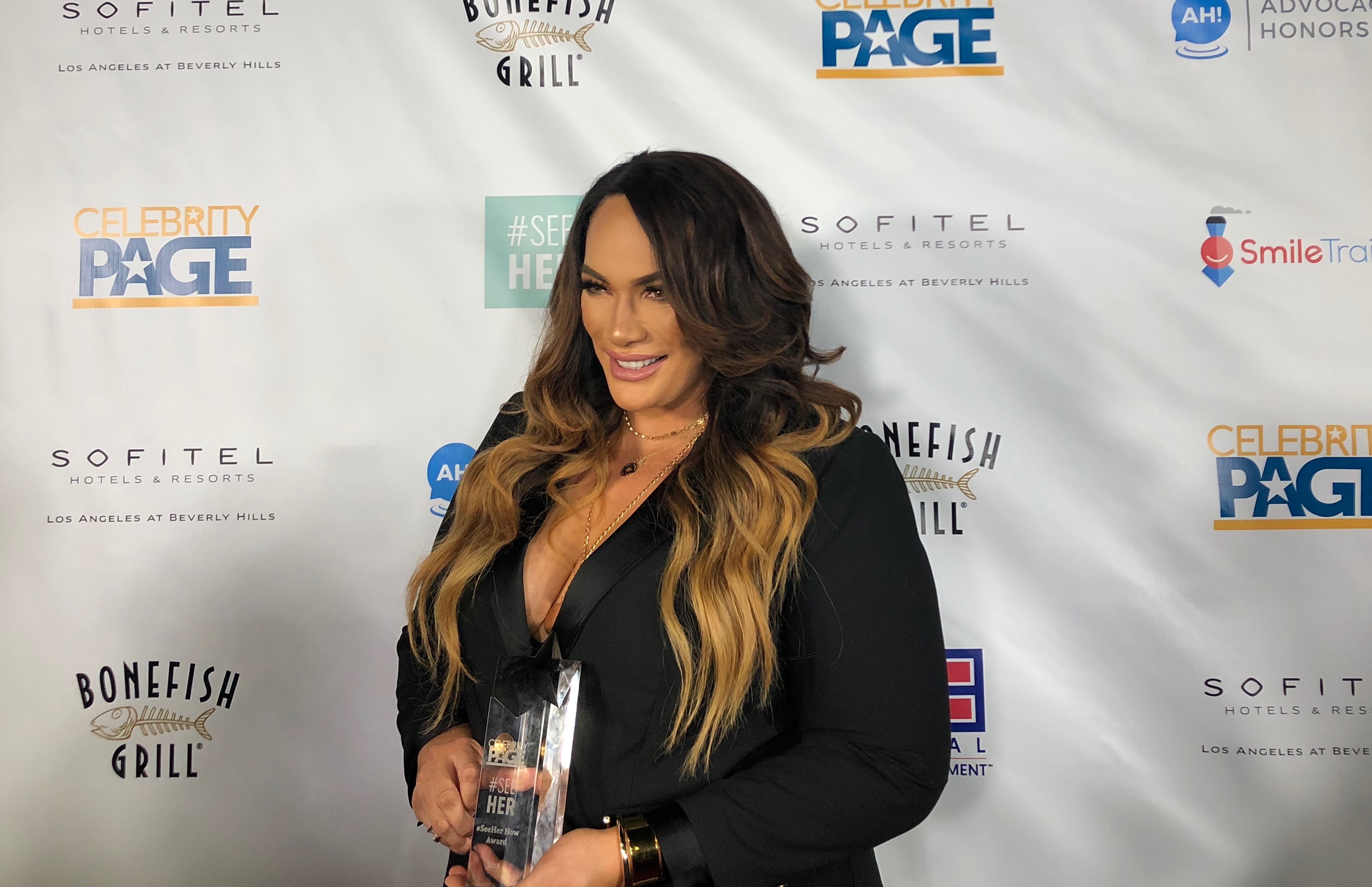 This past weekend the ‘Celebrity Page #SeeHer Now Award’ event took place at the Sofitel in Beverly Hills, California. WWE Diva and star of E!’s “Total Divas” Nia Jax received the first ever #SeeHer Now Award that recognizes the accurate portrayal of women and girls in media. The event was hosted by Celebrity Page and served as a Pre-Emmy Party that was presented by Bonefish Grill and Status Sparkling Wine.

Among the celebrity guest that attended this event were Perez Hilton (also recipient of a #SeeHer award for his contributions to women in media), Wendi McLendon-Covey, Mädchen Amick, Taylor Bischiotti, Celeste Thorson and more.

I spoke to the guests about the event. Below are my interviews with them:

I enjoyed speaking to the guests of the event. Nia Jax is super sweet and pleasant. For someone so fierce in the ring, she’s very humble. As a lifelong WWE fan, I was thrilled to meet and speak to Nia. Who couldn’t have ben any more gracious for the award.

Taylor Bischiotti is not only gorgeous, but very talented and a heck of a reporter/host for the NFL Network. I’m a big fan of her work and she’s a good example of someone who doesn’t need to be doing what she’s doing. She’s the daughter of Steve Bischiotti, the owner of NFL’s Baltimore Ravens, but she has a clear passion for sports and journalism. Taylor was also very nice and engaging.

You hear rumors about Perez not being a good interview and other negative stuff, but I have to say he was great to talk to. My interaction with him was very positive. His platform shoes were pretty badass. Like a spaceman, but edgier.

The fish appetizers were very fancy and tasty. The party itself was cool. Good pop music, fun vibe, classy and you could actually have conversations on the patio. One of the party gifts was a ancestry DNA kit. I’ll take it for free. Overall this was a fun event.

For more on #SeeHer