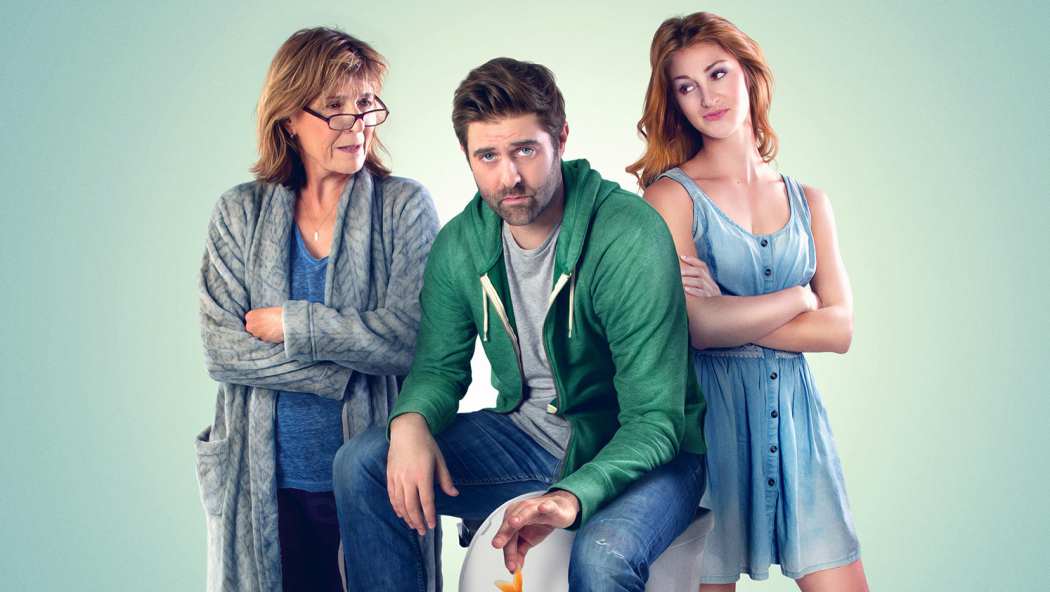 If you’re looking for an indie darling of 2018, look no further than Michael A. MacRae’s Fishbowl California. This charming comedy hits on all fronts with humor, entertainment and characters worth getting to know. Find out why this is a must see movie:

WHAT IS IT ABOUT:

The film centers on a down-on-his-luck guy named Rodney, played by Steve Olson (more on him later). Everything in Rodney’s life is falling apart. He’s lost a hold of his surroundings. Girlfriend issues, issues with work, nowhere to live. It’s an early life crisis. Rodney manages to find work from a bitter, unpleasant snarky widow that has a drinking issue. Not the kinda boss you’d wish for. They are an unlikely match that leads to lots of self-discoveries for both characters.

Fishbowl is relatable story of sorts. We’ve all had points in our lives where everything was going wrong and you start to lose hope. I’ve been there myself recently actually. It’s a story of a simple guy. Flawed. Tries to do good. Bad luck follows him everywhere.

This is where things really stand out. As a small budget indie, writer and director MacRae surely didn’t have a budget to acquire big name starts, which in reality would probably have hindered this movie a bit, so instead he plucks out some real unfamiliar talent. The main one being Steve Olson.

What makes Olson such a gem of a find is how relatable he is on-screen. It’s as if he’s not even acting, but rather just being himself. This is perfect for the character he plays in the film. Olson has this genuine natural charisma about him. He’s funny without trying to be funny. Interestingly he commands this presence just by his authenticity. You want to watch him. Olson has this real comedic timing that’s hard to teach.

Katherine Cortez plays June, the miserable older lady that Rodney works for. Cortez manages to capture the essence of this character from the get-go. Her character is an ideal contrast to Rodney, but in a way they are also very similar. He’s goofy, outgoing and annoying, while she’s a gloomy, grouchy lady spewing clever one-liners. It’s noticeable that Cortez is a seasoned character actress.

Jenna Willis plays June’s daughter, Olivia, who manages to match wits with Rodney and gives him some shit for his wild antics. She has this sharp no bullshit attitude and this serious sensibility about her. She’s a nurse, so it’s fitting that she’s the character most put-together and mature.

The most recognizable “name” actors in the film are Katrina Bowden (Piranha 3DD, Sex Drive) and Quinton Aaron (The Blind Side) playing supporting roles. Aaron has a really fun role of a convenience store clerk, it allows him to have fun and show off his personality.  Bowden’s role is a lot more limited, but she plays Rodney’s girlfriend and is significant to the plot.

The one thing that is noticeable is how this film takes place in the bright California daylight. Now, maybe it was just a coincidence or budget and production didn’t allow much night filming, but it’s unique as it really puts a stamp on the California look and feel to it. There is a lot of natural light and it goes along with the quirky vibe of Olson’s character.

This film is a lot of fun. Each character has a unique humorous side to them and deliver the comedy in different ways. Rodney is more of smartass and has a sarcastic deadpan humor. When it comes to Aaron’s character, he has this oblivious sense of humor to him. Point being, each character delivers natural humor that fits their characters and the scenes they are in.

The plot itself is constantly on the go. There is always some sort of drama occurring and a new obstacle Rodney’s character has to deal with. These obstacles are placed with a purpose. Guaranteed genuine laughs from start to finish.

Pick up that DVD when it comes out on May 1st. You won’t regret it. This is a well crafted sharply written film that manages to keep you entertained throughout the way. The element that ultimately stands out is the message that the movie delivers. The plot really comes full circle towards the end.

MacRae uses the majority of his characters that appear in the film with purpose and distinction. They legitimately all play a role in the essence of the plot. It’s a like a well gelled sports team. Everyone on the roster contributing to the success of the team. No role in this movie is small or insignificant.

Fishbowl California is a cinderella that plays like a blockbuster. Nothing seems amateur or “indie” about it. It looks good, it’s smart, the acting is high level and most importantly it entertains. When you leave with a smile on your face and and have this immediate “ah” moment, you know the movie did something well. This is the reaction I left the movie with. That’s a good thing. It’s one of my favorite movies of 2018.

VERDICT: A gem of a indie darling that feels and looks like anything but indie. Funny, witty and genuine. Highly recommend seeing it. Steve Olson is a name to watch out for. A surely bright career ahead of him.