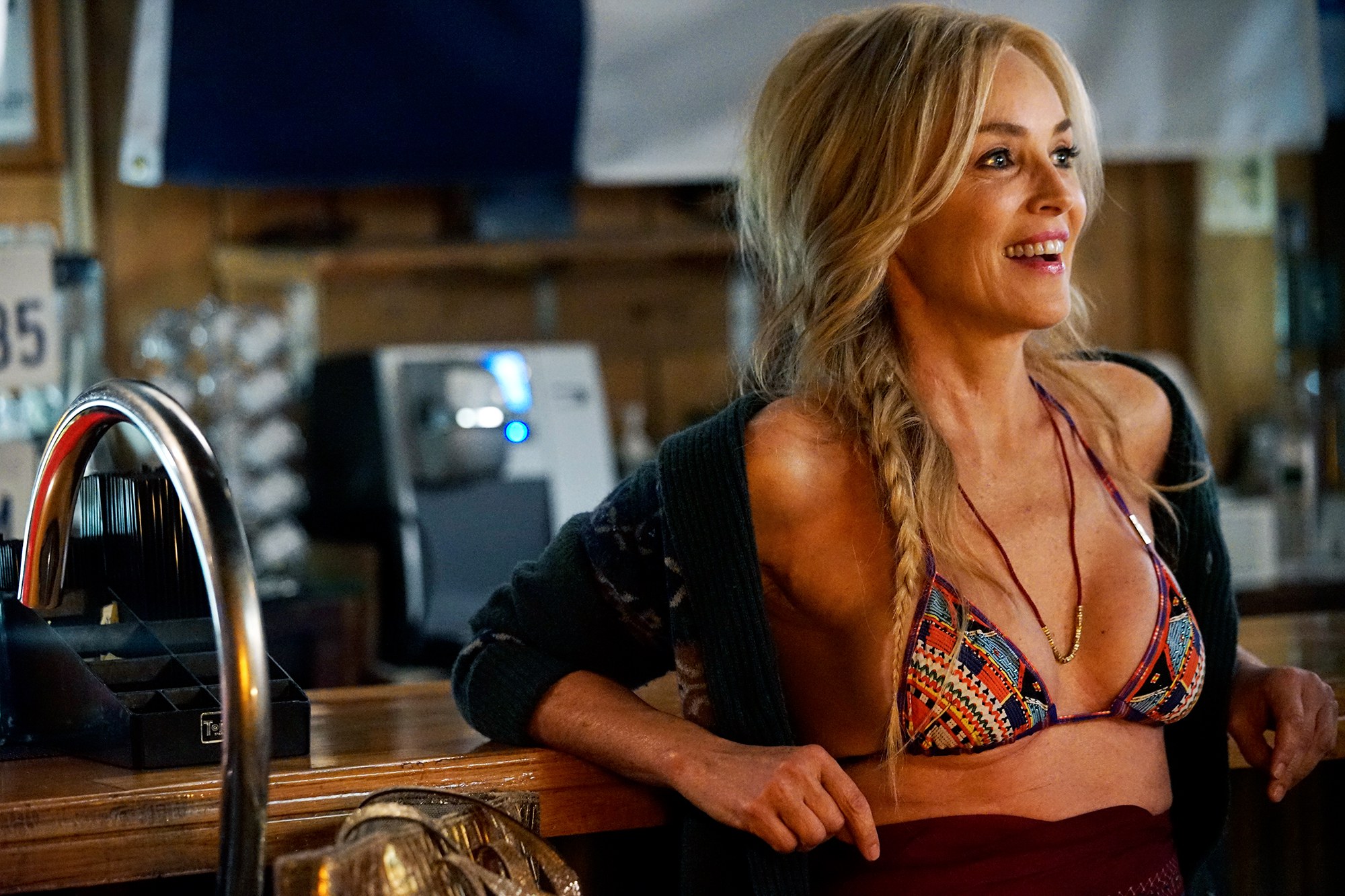 You often hear the phrase don’t judge a book by it’s cover (or movie), that phrase applies to this film. Writer and director Susan Walter puts together a modern relatable love story that delves deeper than what meets the surface. If you stick with this film (you should) this is what you can expect from it:

Sharon Stone plays Senna Berges, a woman in her 50’s that’s struggling finding love and attaining her dream fashion designing career. The story gives little increments of her life before it fast forwards to the next year on the day of her birthday. Each year the birthday features a conversation with her mother Celia (Ellen Burstyn). It’s really not a conversation but more of a pep talk how Senna needs to find a man and get her life in order. Things subtly change when Senna meets Adam (Tony Goldwyn). Adam transforms her life in more ways than she can imagine.

On the surface the film is about a woman that can’t find a man, so she settles for short flings and hookups. Every birthday she gets reminded of her apparent life failures. Is that all this movie is about? No wonder I found myself bored, right? Patience my friends. There is so much more to take away that ends up happening.

Sharon Stone really owns her character. She plays a woman of her own age who clearly exhibits real life struggles that Stone must have related to and had a personal connection to in her own life. How do I know this? It’s wildly apparent how natural she is in the role. A seemingly complex character comes with ease to her. She has a variety of shades to her personality. She seems immature at times, stubborn, over-the-top and reckless. Then as the character grows over the noted birthday’s she becomes more self-aware, she lets go of her set ways and comforts and takes risks that expose her vulnerabilities. It’s a really nice transformation and Stone nails it.

Ellen Burstyn’s character has only limited time in the film but she’s the igniter that ultimately pushes Senna’s own boundaries. Liza Lapira plays Senna’s best friend Darla. She’s loyal and accepts Senna’s flaws and at times is her accomplice in their pursuit of no risk flings, until Darla finds her match. Tony Goldywn’s character Adam is the ideal contrast and complement to Senna. They are so in tune with another but outwardly project it differently. He has this mature sort of business like approach, while Senna is loud, unabashed and allows herself to have fun.

Nothing out of the ordinary on this front. The setting is beautiful coastal California. The beach scene adds another layer of personality to the characters and the surroundings. In general the film has this colorful vibrancy to it. The musical sountrack is a little bit corny at times, but still fitting to the overall theme of the film.

Here is the issue. The movie starts out slow and it seems like it’s stuck in quicksand, but ultimately it’s the start of a build of what’s to eventually follow. I did find myself checking out early on, but I stayed patient and was rewarded. You will be also. Don’t let the seemingly replicated birthday forwards deter you. It’s part of the process that will make sense later on. If you stick with it, you’re in for a pleasing, relatable and modern romance flick. It’s also a lot of fun and has some genuine funny moments. The funny moments don’t come from some slick one-liners, but more from the characters playful interactions and the actors comfort with each other.

I appreciated the fact that characters aren’t young. They are past their supposed “prime” and at a later point of their lives. Films of these genre almost always are centered on characters dealing with dating and career struggles in their 20’s or early to mid 30’s. You don’t see or hear of stories of people in their late 40’s or 50’s that have to go through the same struggles. As if they have been forgotten. This film gives them the proper shine, it’s also what makes it so interesting and refreshing.

The recent Oscars had all the nominations for the ladies from the Best Actress category be over 40 years old. That’s a great feat, but one that should be way more common that it is. I felt Walter shines a light on a similar issue with her casting of terrific experienced performers. Stone isn’t washed up, neither is Famke Janssen. Ellen Burstyn is a gem. These actresses along with many others defy age.

Unequivocally, yes! What starts out as a potentially campy Hallmark flick turns into a real and relatable imperfect love story that isn’t cliche or formulaic. These are characters that are flawed and confused, but that’s what makes them humanized and allows you to get behind and root for them. Personally I took a lot away from this film. As a single male in my early 30’s in the dating world, I didn’t initially see how I could relate to characters nearly double my age and their pursuit of dating. I was wrong. There were so many similarities and takeaways that left me a bit speechless. I learned that as much as I want love and find the one in my life, it doesn’t necessarily happen when you want it to.

The moral is that no matter what age you are, everyone is ultimately looking for love and a connection. We just look for it and find it in different ways. Sometimes unforeseen ways. Walter also sends the message that it’s never too late to find love and sometimes you need to be patient with it and wait for it to come to you. Older people want love also, they are also pigeonholed to go about it the same way their kids do. Online dating. Being in the middle of a hookup culture. I learned that as frustrating as dating is, you have to be patient and keep the hope alive. Your love could already be in your life, you just need to let it evolve and blossom. I really appreciated and loved that this film has the potential to inspire, like it did for me. Love is ageless. That’s a powerful message All I Wish shares and delivers.

VERDICT: Overall, this is a movie about hope and love. It shows love is ageless and we all deal with it more similar ways than we imagine. Good message and unique perspective depicted. It’s well worth seeing.

ALL I WISH is out in select theaters, VOD and Digital