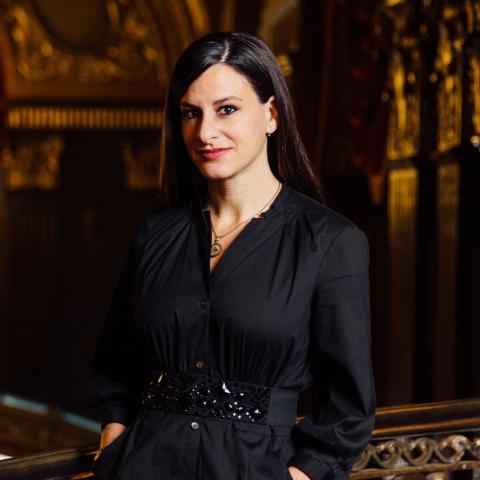 Chicago based Kartemquin Films is represented well at the 80th Oscars. Steve James’ feature documentary Abacus: Small Enough to Jail and Laura Checkoway’s documentary short Edith+Eddie. I had an opportunity to sit down and chat with Laura about her film and what she took away from it.

Laura was so sweet and nice. She was shy and endearing. I really enjoyed talking to her. Such an accomplished person, yet so humble. She really seemed invested in the film and I could tell the passion she had for it as she spoke about it.

The film Edith+Eddie is an incredible story of an elderly couple who marry in their 90’s and sadly things don’t go well from there. It’s a sweet story of love, but it’s also heartbreaking. It’s really a must-see documentary. Such a powerful story told so well in just 30 minutes. Fingers crossed Laura comes away with a deserving Oscar.