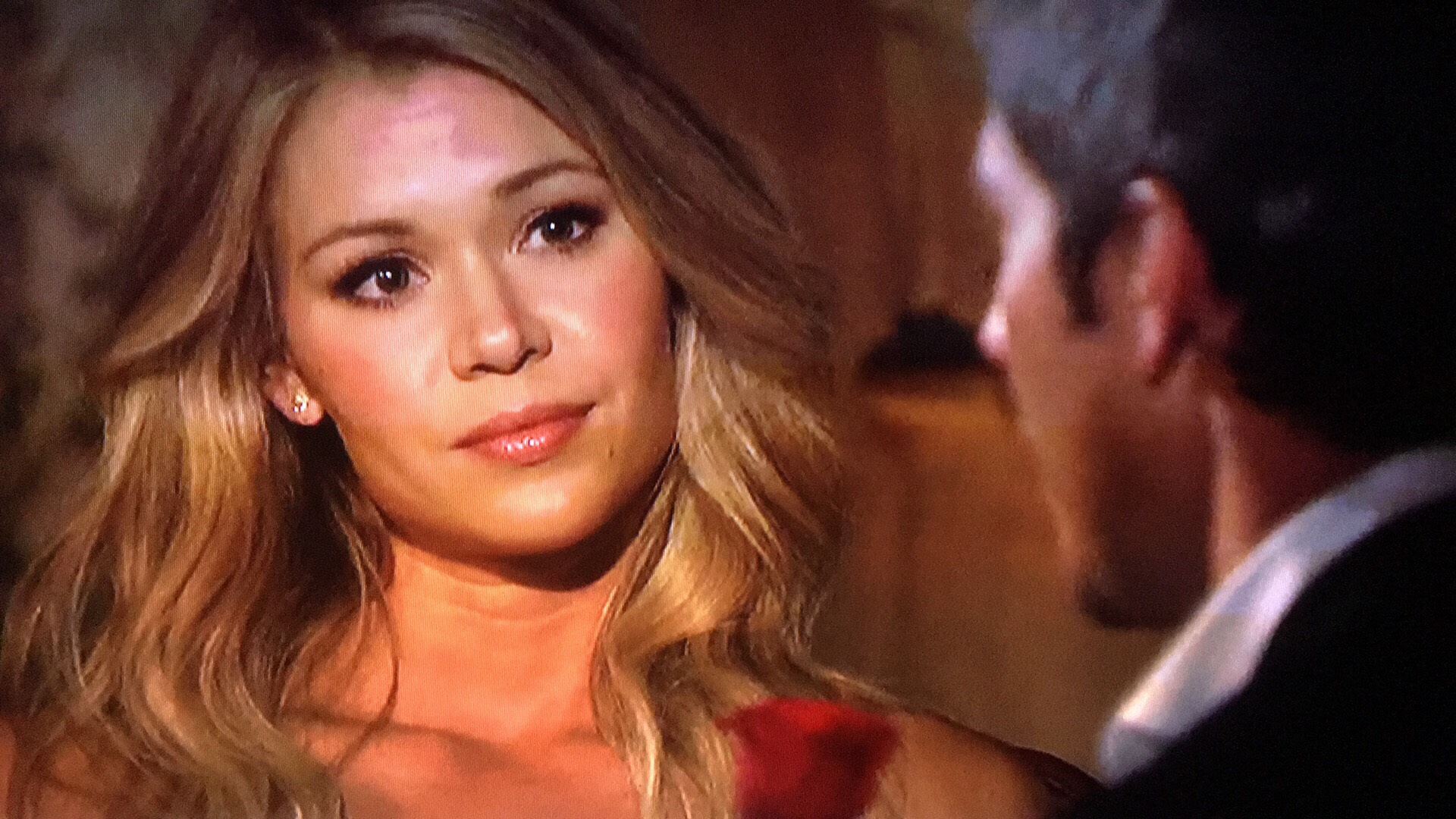 Welcome to France. Arie and the remaining ladies arrive in Paris, France. Before anyone can enjoy themselves, Chris Harrison needs to remind Arie that Paris is a city of love and it’s as good as it gets as far as budget will allow them. Jacqueline wants a date with Arie, problem is that Arie has no idea who she is.

Harrison tells the women that there will be two one-on-one dates, a group date and the first two-on-one date, where someone will be heading home. Lauren B. gets the first one-on-one date. Holding hands, Arie pretends he’s French and utters a bonjour, the one word he and Harrison learned.

Arie and Lauren’s date starts off splendid. Arie pretending to be a French tour guide, while Lauren is in such awe of Paris (not Arie) that all she can say to everything is “wow”.

Jacqueline has a strong belief that this is the city where she can shine. Yeah, maybe it is the city, but definitely not the show.

It’s dinner date time for Lauren and Arie. They toast to her first time in Europe (most definitely it looks like a short stay) and the cringe worthy boredom of a date continues alongside the nicely distributed prop food.

Arie talks about his previous relationship and how the woman he was with lost Arie’s baby she was carrying and then left Arie right after, which seems to be the thing to finally have gotten a reaction from Lauren. Geez, it had to take that sort of story. Arie managed to get her to admit she has troubles trusting men. She just gives a glimmer of hope for him enough to give her a date rose.

Apparently the Moulin Rouge is a big deal. I just thought it was a mediocre movie. These women are loosing it over this group date to visit the Moulin Rouge. The winner of the group date gets to go on stage with the performers. Bekah M. can’t stop gushing about being at the Moulin Rouge, even a kid visiting Disney for the first time would be more subdued.

Anyways, Tia is the first one to get some time with Arie to make out. Why? Because. Bekah and Arie run off to the corner to chat, but wide-eyed Bekah unleashes her energy while Arie is gazing into her eyes and inching towards her in hopes of a kiss, but she’s talking a mile a minute. Arie runs off with Sienne next, lots of tongue there.

Back to the group date rose winner, which is Bekah. The roseless ladies didn’t miss out on much besides Arie looking like a giant Smurf with a top hat lip singing in French on stage in front of actual paid customers who unfortunately get to witness this tragedy.

Krystal comes out with a date card to reveal that the 2 on 1 date will consist of her and Kendall. She also proceeds to inform America that she’s “fun wife, material”.

The American tour guide episode continues as the special K’s (Kendall and Krystal) are getting a tour of a fancy chateau. The first event on deck is a maze in the courtyard. Krystal finds Arie with ease, while Kendall couldn’t find her way out with the help of GPS a map, or a compass.

Krystal gets the alone time with Arie and profusely apologizes for her actions from the week before and starts talking about the color, depth and texture of their relationship, or his sweaty shirt for that matter. She does manage to throw Kendall under the bus.

Instead of getting some quality convo with Arie, Kendall is forced to defend Krystal’s allegations that Kendall isn’t ready for marriage. Foolish Kendall tries to connect with with Krystal but falters during her attempt. Arie breaks up the Kendall and Krystal moment by telling them he needs more time to make his decision on who is getting the date rose.

The awkward dinner with the special K’s and Arie starts, but I can’t seem to get my mind off Krystal’s sighs and moans after any word comes out of her mouth. Like what is that “mmmhhmm”? Krystal has that Joker smile, that’s what it is.

Jacqueline, the mystery woman no one knows about, finally gets her date. Things start out great when Arie pickers her up in a car that immediately breaks down. Good start. It has to be a sign from above warning about the budget spending limits. A shopping spree is next, which actually consists of a trip to one store. Dinner date seems to be too much for Jacqueline to handle. Poor girl is melting from stress. So Arie has to scare the poor girl more and brings up obstacles between them, until he offers her the rose.

I guess it’s safe to say that episode ending rose ceremonies are here to stay for the rest of the season. Three roses and five women. The rose order goes as follows:

Chelsea and Jenna are heading home. Bekah M. looks to be in shock over the eliminations. She just has a reaction for everything. Jenna “Margot Robbie” Cooper gets a hug and a bow out. Chelsea gets walked out by Arie. Side chatter among the women occurs, while Lauren B. is off to the side talking to a producer about her jealousy and uncertainty about going forward. Ta-dah..

This was a good episode. Surprises and twists. Finally they were out of the country so the dates and locations got much better. Here are some take aways:

For more on The Bachelor, check out my site The Bachelor Universe and follow me on Twitter @TheJimAlexander