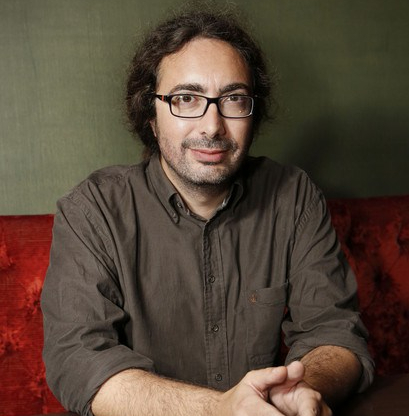 What prompted you to want to do this film:

HHV: One day I received the script from the producers asking me if I wanted to do the movie. I’m a fan of the George Romero trilogy. I read the script and was thinking of all the zombie scenes and about the movie I could make.

I found Hector to be one of the most detailed filmmakers I’ve spoken to. It was fascinating to hear how he approaches his film projects and the details from the set design wall colors to the smallest nuances. He’s like Bill Belichick scheming an opponent. That’s what visualizing a world from script to set is.

There was a bit of a disconnect in understanding my questions, such as when I asked him about his favorite movies he’s seen lately. He told me all about his favorite directors such as Hitchcock and Polanski, which is probably even more interesting, to hear his influences. It was cool hearing him praise 28 Days Later, which I absolutely agree with him as being one of the top zombie movies in the last couple decades.

What I got from the convo is that Hector is a passionate and very detailed filmmaker. It was interesting to hear that they auditioned actors through Skype. If you’re a fan of the George A. Romero movies then you should be pleased withe Day of the Dead: Bloodline.

Day of the Dead: Bloodline releases on Blu-ray, DVD and Digital on February 6