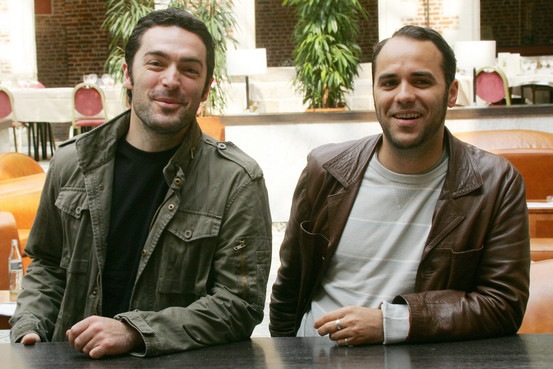 The team of Julien Maury and Alexandre Bustillo are horror film aficionados. They are also the men behind some really good horror films, such as, Inside and ABC’s of Death 2. Their latest film, Leatherface, is an origins story to the classic horror movie villain from the Texas Chainsaw Massacre franchise. I had a chance to speak to Julien about the new Leatherface film and learn about what attracted him to the story and the approach he took telling it.

What attracted you to the script:

JM: Honestly what hooked us was that the narrative structure was very different from the others (Texas Chainsaw Massacre movies) in the saga, franchise. We basically have the same structure on every other film, where a bunch of kids are getting lost on the lens of the family and they are getting killed. Here it was was much more like road movie. That was something quite interesting for Alex and I. We felt we could bring it more easily to our universe.

How important was it to separate to narrate the difference from the young version of this character from the one that everyone knows him to be:

JM: It was one of the challenges. In the first draft it was much more of a ‘who done it’ movie. A bunch of crazy teenagers, we didn’t know which one would become Leatherface. Versions after versions we lost a little bit of the suspects till the end. Honestly, it is really challenging for a director to have an opportunity to tell a story of bad guys, villains.

My impression of Julien was first and foremost that he was a really cool dude. Very open and passionate. Someone who is easy to talk to and personable. I couldn’t ask for more. I liked how descriptive he was on how he wanted to change the character and not make it cliche, by also acknowledging how smart horror fans are, relating it to him being a fan himself. That sort of understanding of the genre and its pitfalls comes through in the way they went against the cliches in directed this film.

I thought it was interesting when he said that Alex and him love bad guys and finding the humanity in them. That’s a really neat perspective to characters who usually lack any sort of humanity in horror films.

Overall, he gave great breakdown of the film and the thinking behind what they ended up doing. I liked when he said that the more realistic you are in the beginning, the crazier you can get at the end. Such smart and true perspective.

One of the best answers I’ve gotten from anyone I interviewed was when he told me he was involved and passionate about ecology. His laugh was infectious.

Leatherface is a unique origin story and interesting watch with enough scares and gore to satisfy your horror expectations. A really good horror movie to see for Halloween.

Leatherface is out now in select theaters (check local listings), On Demand and DIRECTV

Next post Must See Movie Releases of the Week (Oct. 24)