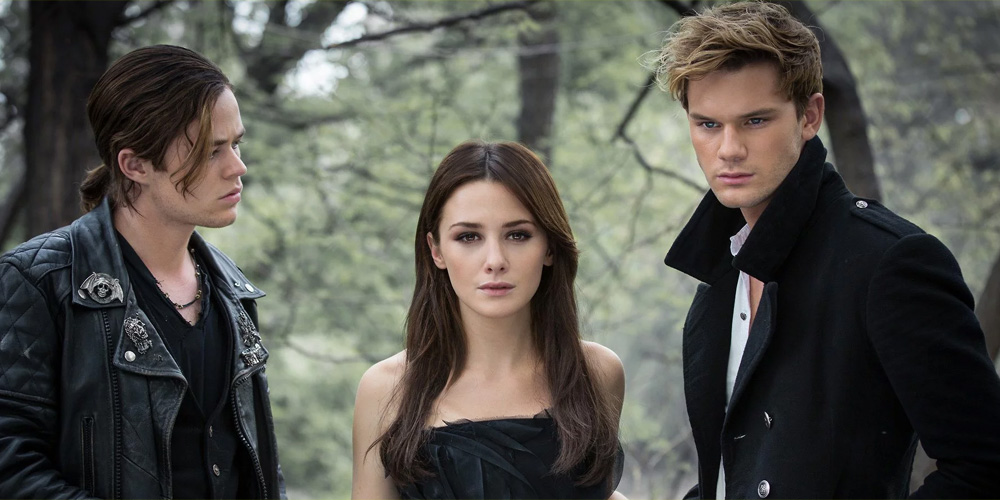 Based on a popular teen novel series, Fallen, tells the story of a teenage girl who is sent to reform school, where she’s gets involved in a love triangle with two fallen angels. One of those angels, Cam Briel, is played by Harrison Gilbertson who I had a chance to speak to alongside the Lauren Kate, who is the creator of the ”Fallen” novels. Below are some excerpts of the interview and the full audio.

Was there anything that sparked the idea and concept for the novels for you:

LK: There is a line in Genesis 6:14 and it talks about the sons of God, the angels, looking down from heaven seeing the daughters of man deserve mortal women and finding it beautiful. I discovered that a lot of scholars think that this moment of attraction might be the reason that Lucifer and other fallen angels were cast out of heaven, because for a moment they put something above God. I was thinking about that sacrifice and what that would be like for an angel to lose his place in heaven because of love or lust and I wanted to tell the story of the woman that would make that sacrifice and that fall from heaven worth it. That’s where the rest of the world (novel) was born from.

How familiar were you with this book series leading up to the casting:

HG: I read the books after I was cast, but I remember it clearly, pulling out the first book and I knew the cover very well. I was aware of them. I read all four and I really loved the story, particularly Cam, who I was able to play. His journey in the books is very interesting and very different from any other character in the young adult franchise.

I’ll be the first one to say that I’m not any sort of fan of this sort of genre. So no romantic angels, vampires or whatever else these teen novels are based on. The movie wasn’t bad and I found moments of intrigue. Harrison seemed like a well-spoken young guy. Lauren obviously has all the knowledge on this series, but I did find her to be a bit too formal, even though she did a nice job elaborating her thoughts.

I wasn’t really surprised to hear that this cast bonded together. This was a young vibrant cast that feasibly could have bonded, so Harrison’s description of how his cast mates became a family makes sense.

I think both Harrison and Lauren did a good job of elaborating what the movie is about, so that someone whose never seen it and doesn’t know anything about it would get a good grasp of what they can expect.

Previous post Must See Movies of the Week (Sept 26)