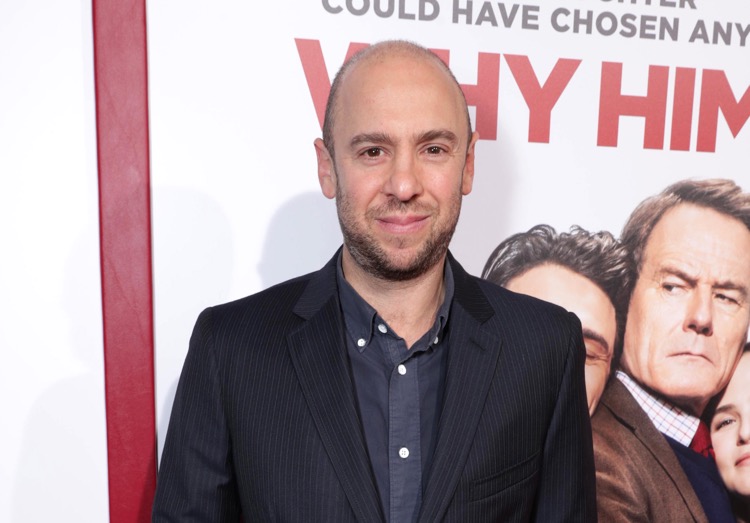 Why Him? Was one of the best comedies in the last year, it recently was released on Blu-ray & DVD. I had a chance to speak to the director of the film John Hamburg. John was the man behind successful comedies such as Meet the Parents, Zoolander, Little Fockers and I Love You, Man. John discusses the making of the film. He talks about working with James Franco and Bryan Cranston, how the idea for the movie originated and a lot more. Check out the audio of the interview below:

John was really cool to talk to. There were some things I learned that surprised me. I thought it was awesome that he was James Franco’s college professor. What are the odds of that happening? Though, how many classes did Franco attend while he was filming 127 Hours? Of course the movie spawned from a story Jonah Hill had told. I can only imagine Johan going to meet the girlfriends parents.

John is a really engaging individual with a lot of charisma. It was interesting to hear that he doesn’t want to go the route of sequels and seems like from what he said that he wouldn’t come back or entertain a Why Him? sequel. I’m not crazy about sequels myself, but I’d love to see these characters come back. There is no denying that Hamburg is a tremendous writer, his comedies are some classics. No doubt his directing is just as good. This movie couldn’t possibly be easy to direct with all the chaos that ensues. It was a pleasure to talk to John and hear his thoughts on the movie.

I highly recommend Why Him? It really is a hilarious film. I saw it three times and it’s one of those films that never gets boring. The performances are really good and the casting itself was ideal. Check it out!

Why Him? is out now on Blu-ray Combo Pack, DVD, Digital HD and On Demand