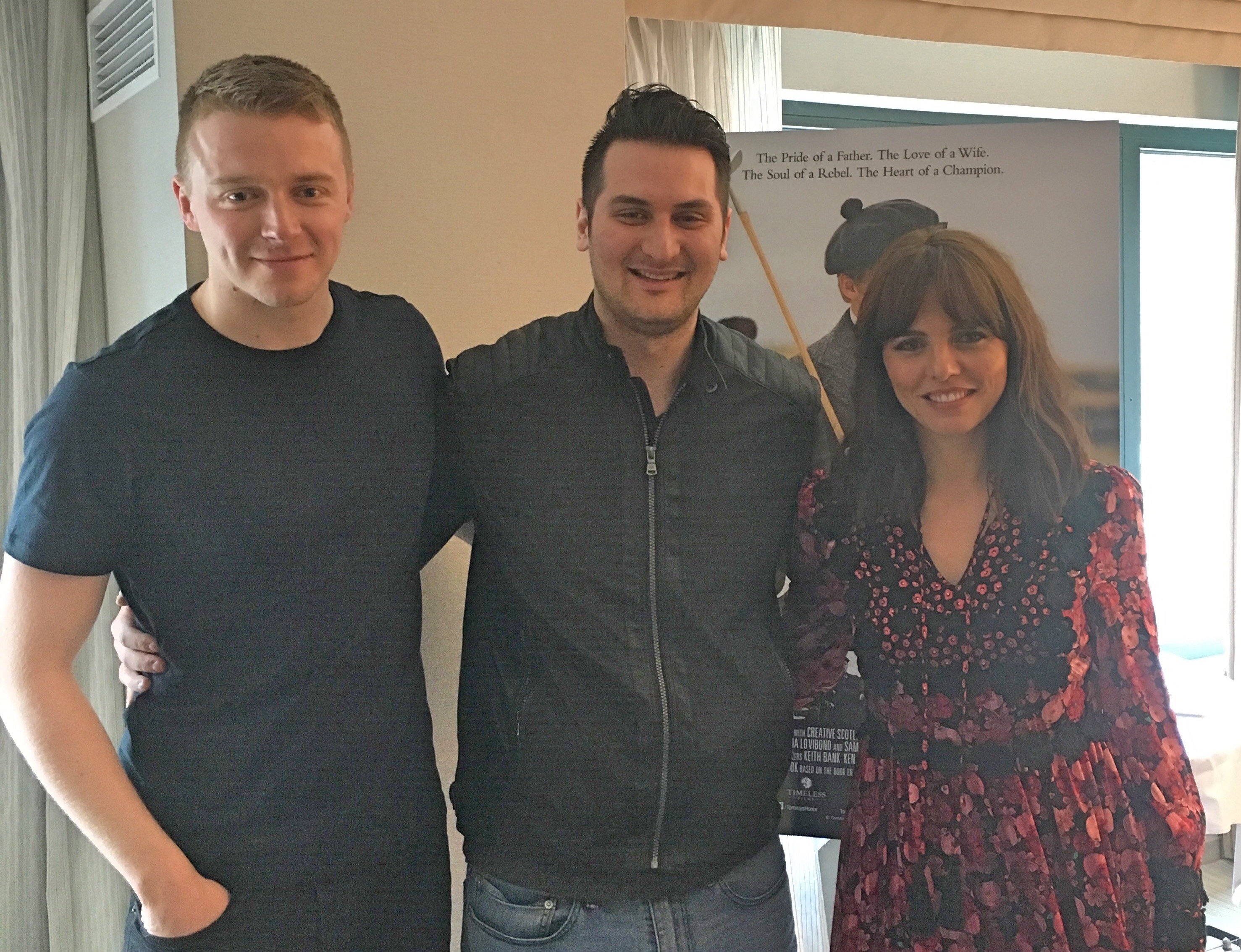 I had the awesome opportunity recently to speak to actors Jack Lowden and Ophelia Lovibond, the stars of Tommy’s Honour (out now in theaters). The movie about the life of golf’s first superstar and pioneer Tommy Morris. Jack and Ophelia stopped by in Chicago on their promotional tour. Hear the entire audio of my interview with them in the section below.

My sit down with Jack Lowden and Ophelia Lovibond was an absolute blast. Those two individuals were so personable and fun. Jack is a very charismatic individual, very excited and talks with passion in his voice. Ophelia was softer spoken and sounded very intelligent. I really go the sense that both actors really understood their roles. Jack was definitive in addressing the fact that this movie is not about golf and that golf was not what attracted him to this role. He definitely shares my sentiment on that.

I enjoyed listening to Jack talk about the film. He just seemed like a real dude. Ophelia is stunning in person and lights up the room with her smile and presence. My favorite part of the interview was towards the end when I told them about how skeptical I was about the film. Their reaction to it was laughing out loud, in a fun kinda way. They enjoyed that the movie changed my perception. Being with them in the room really gave me an understanding as to how they were able to portray their characters so naturally. They have this very friendly chemistry with each other that is fun to watch. As you can hear, I had a lot of fun meeting them and talking to them. Due to studio and contractual stipulations I wasn’t able to ask Jack about the big upcoming summer movie he’s in that’s directed by Christopher Nolan, Dunkirk. I was so engaged about this film that it ultimately didn’t even matter. My personal highlight was that I had to stones to give Ophelia a hug at the end of the interview. She was so gracious about it. Winning!

Check out Tommy’s Honour out now in theaters