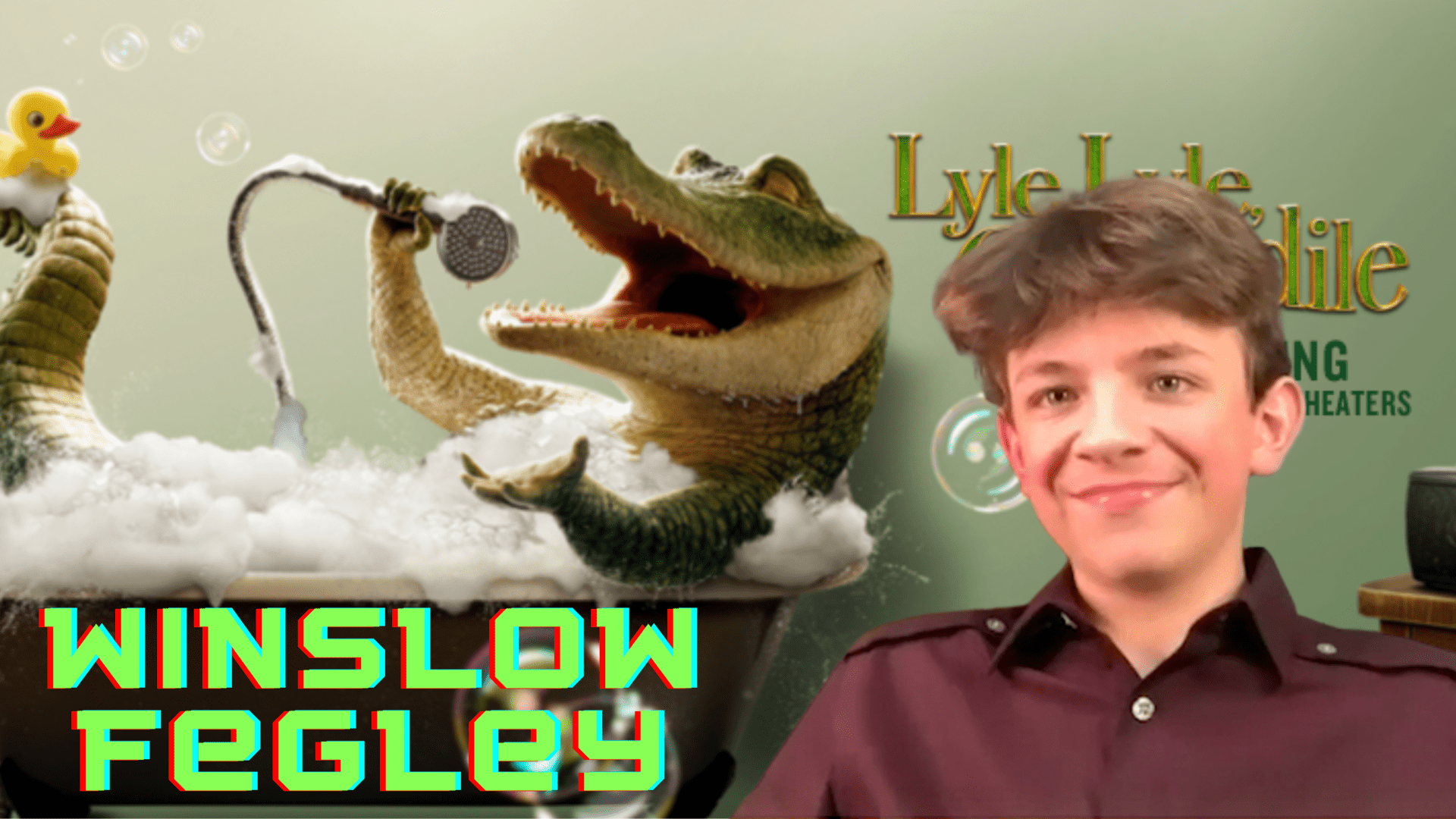 Winslow Fegley is a young up-and-coming star that you should be getting familiar with seeing a lot. He’s one of the leads in the Lyle, Lyle Crocodile film. I spoke to Winslow about working on Lyle, Lyle Crocodile, he spoke about his affinity for mask collecting and what’s Shawn Mendes like in person? Find out all about it and more, below.

First time speaking with Winslow, impressive young man. Very well-spoken and engaging. Discovered that he has a unique interest in collecting masks from around the world. Had some cool ones on display on his wall. Neat look into his personality and interests.

When you’re working with CGI characters there are always a variety of methods used on set for the actors to react to. Sometimes it’s just a person dressed in a costume, other times it could just be a stick with something on it. In the case of Lyle, Lyle it was a man dressed in one of those CGi-friendly outfits (look them up online).

I liked how Winslow spoke about being a decent singer but had to learn how to act to be a bad singer. It’s sort of reverse psychology process, but his character is bad at singing so makes all the sense. I’d imagine trying to learn to be worse at one of your skills is difficult, he pulled it off nicely though.

For those wondering if Shawn Mendes was on set for the filming, he wasn’t according to Winslow. Instead, Mendes recorded his audio in a studio, which rather makes sense since his voice was only needed for the Lyle character. He did meet Mendes at the premiere and said he was a nice guy. So there you go Shawn Mendes fans.

Winslow is a cool dude, looking forward to seeing more of him on-screen. He has a bright future and did a good job in the film.

LYLE, LYLE CROCODILE is out in Theaters on October 7