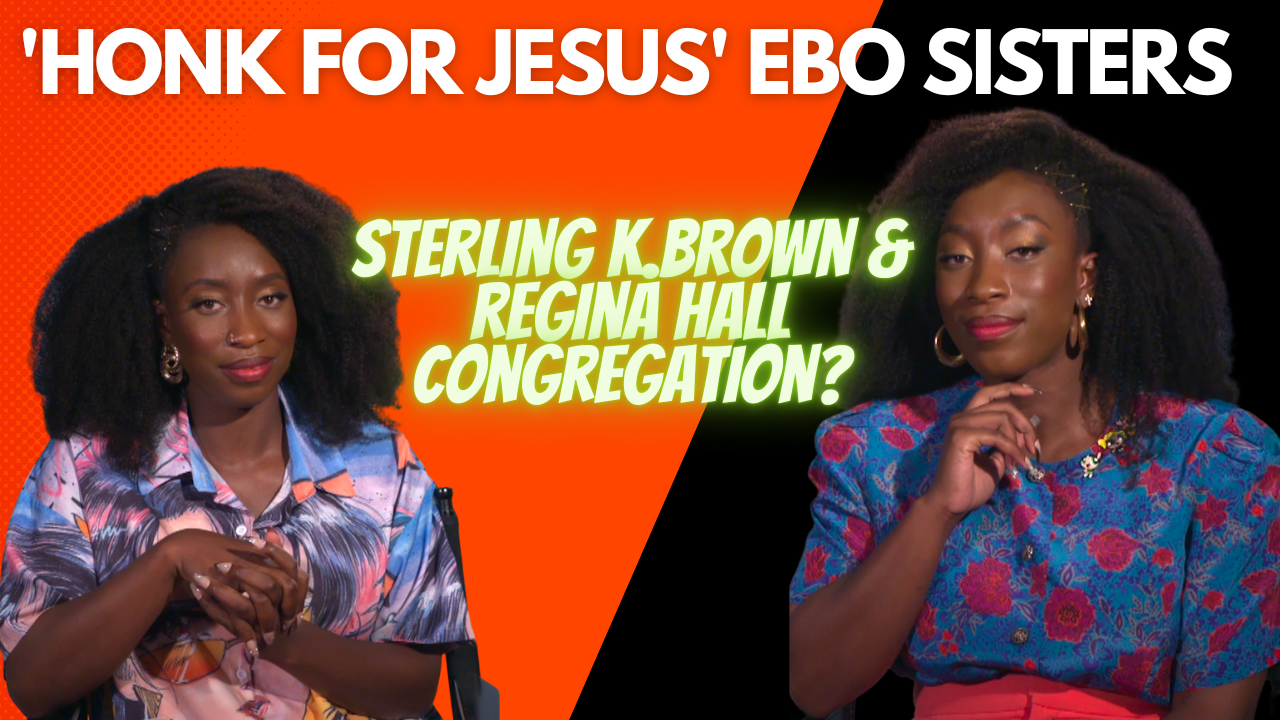 Get familiar with the Ebo sisters, they are coming strong onto the film scene. At the head of it all is Adamma Ebo, who is a writer and director, her sister Adanne is a producer. Together they are unveiling the new comedy Honk for Jesus. Save Your Soul. The mockumentary stars Sterling K. Brown and Regina Hall.

I spoke to the Ebo sisters (they are twins) at the film’s press day event. The ladies spoke on their individual professional backgrounds. The performances of Sterling and Regina. Why they decided to shoot the movie in a particular style. Plus, whose congregation would they likely attend?

Both Adamma and Adanne had fun and engaging personalities. Easy to talk to and joke around with. It’s so interesting that as twins Adamma chose to pursue the filmmaking career and Adanne pursued law. They are clearly both intelligent and a creative force.

I enjoyed the mockumentary style they shot in, very reminiscent to shows like The Office. In-your-face camera and closeups, with a handheld camera. They listed the shows and movies of that style that inspired them.

So I posed the question of whose congregation would they be more likely to attend, Sterling’s and Regina’s or their characters? The answer was pretty emphatic it would be Sterling and Regina. I agree with them on that.

Looking forward to what’s next from these talented sisters. They make quite the impression with Honk for Jesus. Save Your Soul.

HONK FOR JESUS.SAVE YOUR SOUL: in Theaters and streaming on Peacock September 2, 2022

One thought on “Ebo sisters on a Sterling K. Brown and Regina Hall congregation”