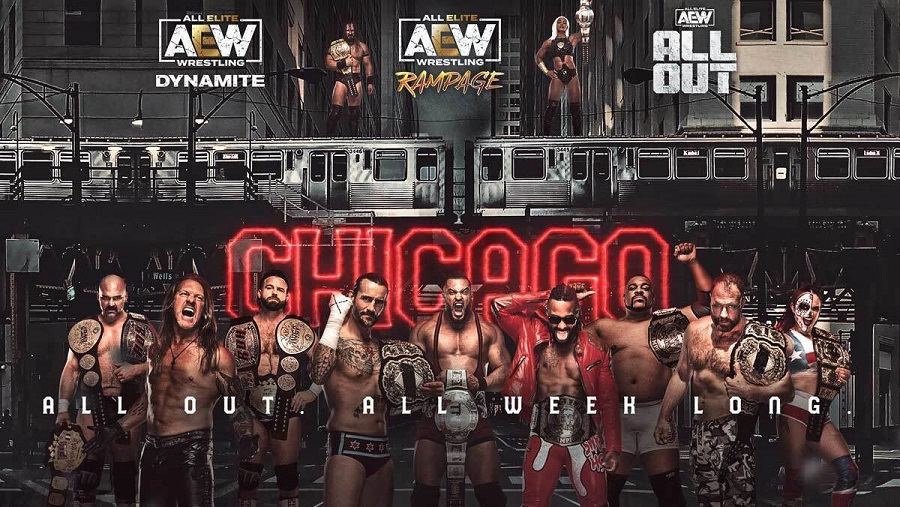 AEW’s premiere PPV event ALL OUT is coming back home! For those of you that been following AWE, home would mean…Chicago! It’s been the location of previous All Out PPV’s (aside the pandemic year). It’s only right that that’s where this PPV would take place. It’s an ongoing tradition.

All Out 2022 will take place on September 4, 2022 at the NOW Arena in Hoffman Estates, IL (suburban Chicago). Being based in Chicago and from here, this is great news. AEW owner Tony Khan has made Chicago one of the main home bases for AEW. This past June, AEW hosted the first-ever Forbidden Door event, that pitted the biggest stars of AEW against the stars of New Japan Wrestling.

Chicago is arguable the best wrestling city in the world. It has the most passionate wrestling fans. It’s a no-brainer that this event should continue taking place here, just as Double or Nothing traditionally takes place in Las Vegas.

The card for All Out hasn’t been announced yet, but keep watching AEW to see how it’s shaking out. Matches should start getting announced soon. The secret is out, Chicago is All Out!

Next post (Movie Review)Thor: Love and Emasculation? What Nobody Wants to Point Out About ‘Love and Thunder’

AEW ‘ALL OUT’ 2022 Week Chicago Takeover