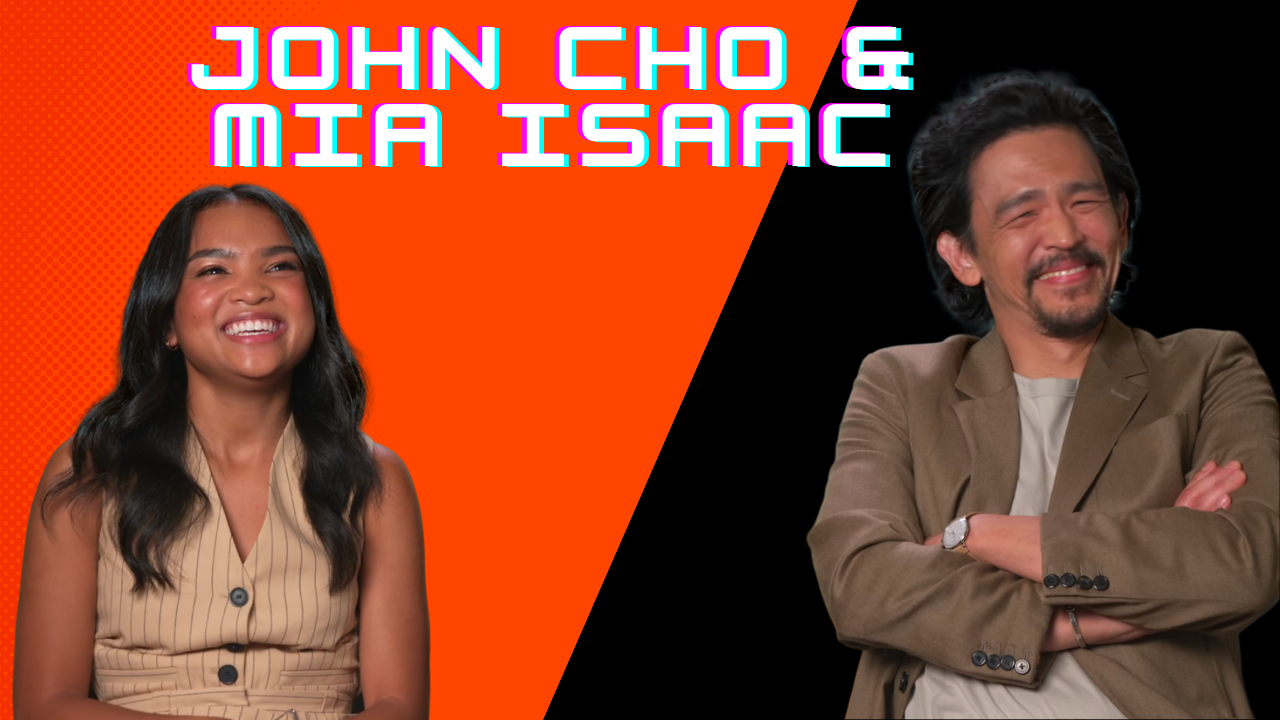 It’s hard to imagine that the stars of Harold and Kumar would go on to be a White House staff member (Kal Penn) and the other (John Cho) would become an acclaimed actor who is known for playing dad roles. That’s Hollywood for you! John stars in his latest dad role (ok he doesn’t only do dad roles) in the emotional drama Don’t Make Me Go.

I spoke to John and his co-star Mia Isaac about working together on Don’t Make Me Go, which is directed by Hannah Marks. They shared their favorite things about each other and even some fun facts you might not have known about John. He also compares his dad roles in Don’t Make Me Go and Searching.

Been a fan of John Cho’s work since his Harold and Kumar days. Everyone is now fully aware how good of an actor he is. His father-daughter on-screen relationship with Mia is both joyful and painful to watch. That’s a testament to their performances and chemistry.

The interview got-off to a fun start with my soccer comment, which seemed to get a kick out of both Mia and John. John Cho played a dad in this film and Searching, so I asked him to compare the roles and which character faced a more difficult situation. Thought John’s response was spot-on.

Since these interviews run real quick, I wanted to know what Mia learned about John and vice-versa through working together. Mia listed several things about John, some random, but all interesting facts I haven’t heard associated with him before. John stressed how Mia’s empathy stood out to him. I thought that was a really nice and observant thing to say.

The movie is an emotional ride. Ultimately it leaves you with a very surprising ending. I thought it was an interesting watch and one of those films you want to talk about afterwards.