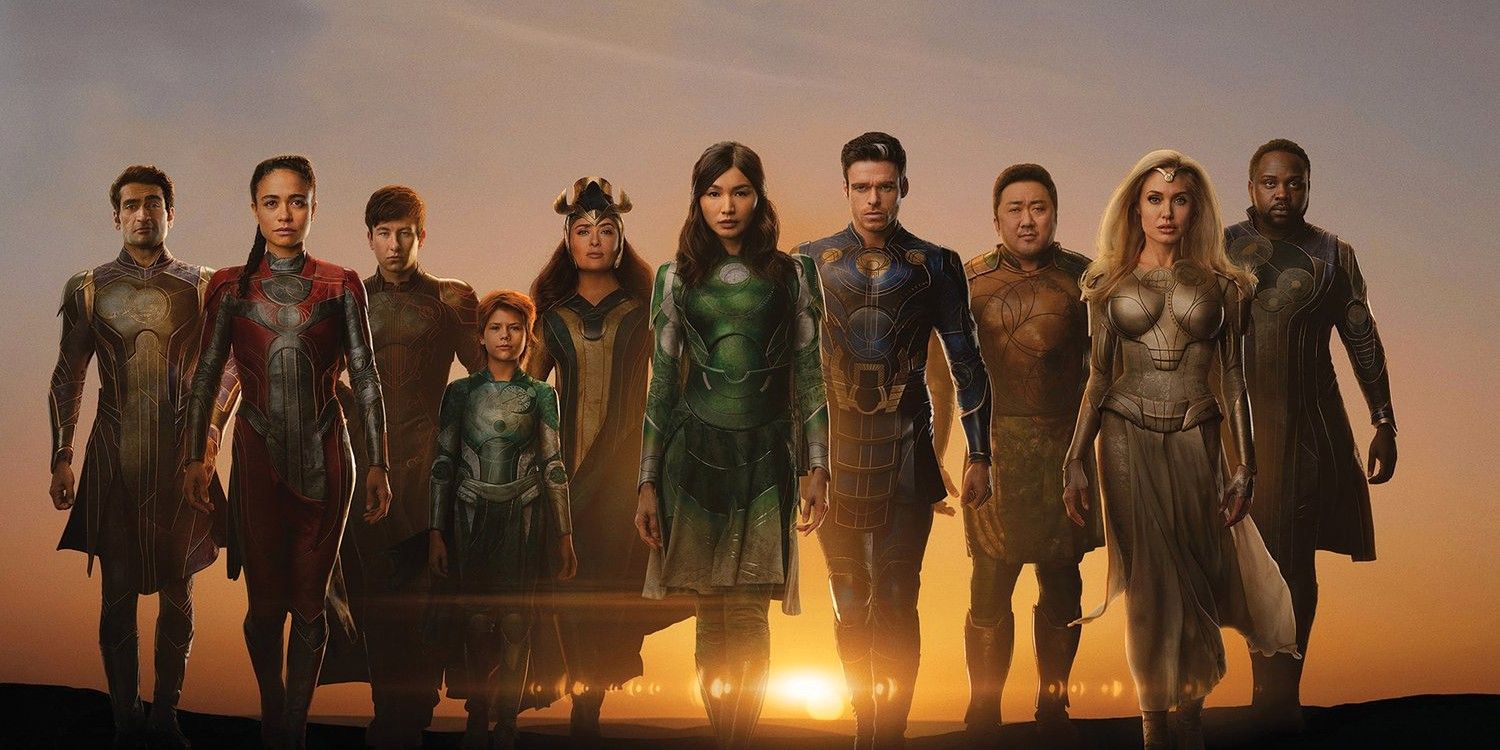 Eternals is the latest big blockbuster Marvel movie release. It’s been one of the most anticipated movies of the year. Now that it released there has been a lot of talk about the film. Big box office numbers and positive fan reviews clashing with a poor Rotten Tomatoes score and critic reviews.

Who better to get the thoughts on all that, than the writers of the film, Kaz and Ryan Firpo. I had a chance to speak to the Firpo cousins about all things Eternals. In this interview you’ll have the candid answers to all of your most pressing Eternals questions.

Getting to talk to Ryan and Kaz was a really cool opportunity. Not often do you get to talk to the writers of the biggest and most talked about movie. I found both of them to be very chill and cool guys. I threw some difficult questions at them and they were complete pros in answering them. Very candid and honest responses from them, which I really appreciated.

In 30 minutes we were able to touch on several topics, to my surprise. Usually three person interviews are tougher and more time consuming, but these two made it a breeze. Much to their credit.

The two questions I wanted to ask them most about (which I got to do) was about the sex scene in the film (first Marvel movie to feature one) and the critics reviews of the film. The guys took on the questions head-on. I thought their answers were very honest and fair. They did a great job explaining also, instead of just blowing it off like they could have.

The movie is over two and half hours and not to my surprise the guys had written a lot more in their original scripts. It’s to be expected that most scripts get trimmed down and some stuff ends up on the cutting floor, but the guys seemed to have been pleased by what ended up in the film.

I admitted to dozing off for a short bit during my late night viewing of the film, which they didn’t even give me shit for, thanks guys for taking it easy on me! Ha. I felt this interview was pretty informative and readers will be pleased with it. I’m proud of it.

The Eternals is bold and the guys took chances with it, which was great that Marvel let them stick to their vision and push for setting new boundaries. I enjoyed it. No surprise Marvel does it again, contrary to what the critics had to say. I always tend to lean with the fans.

SUPPORT REEL TALKER WITH A CUP OF COFFEE

ETERNALS is out now in Theaters