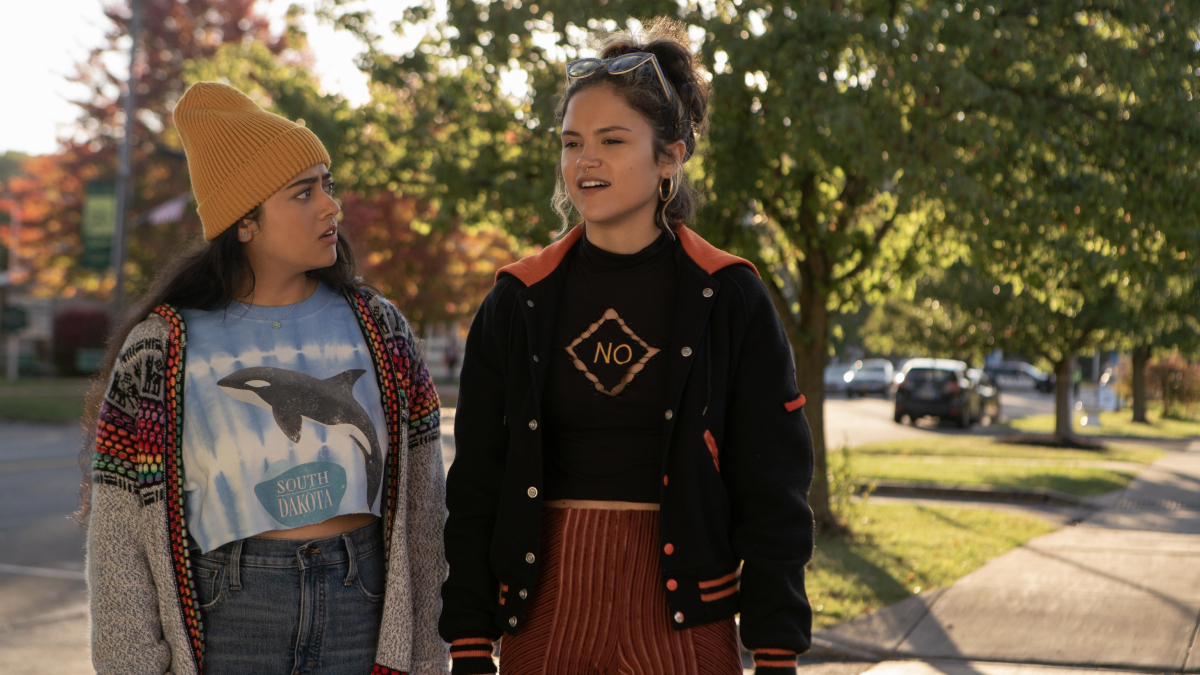 Hulu’s Plan B is about to deliver the best laughs you’ll have this Memorial Day Weekend. The hilarious teen comedy will deliver plenty of heart and humor, along with two star-making performances from the leads Kuhoo Verma and Victoria Moroles.

I had a blast chatting with these girls. They were so cool and fun. Super engaging and sweet. I loved their chemistry together on-screen and over the interview. Both girls were very energetic also. Can’t say enough good things about them, they made a great impression on me. I’m a big fan.

The film was genuinely hilarious. I had a lot of fun watching it. It’s raunchy and R-rated. There were several shocking/gross out moments in the film. We briefly touched on it in the interview, but don’t want to give away any spoilers, so just see the film.

The coolest part of the entire interview might have been hearing the girls talk about their friendship and connection they made through this film. It was so sweet to hear them share their favorite things about each other, Kuhoo calling Vic an anchor. You can genuinely tell these girls became quick friends and the friendship transcends the film.

I really feel both Kuhoo and Victoria are going to be big stars. They are rather fairly unknown, but this film should be a big coming out party for their careers. Super talented ladies, great personalities, great look. They have it all to succeed in this industry. I’ll be rooting for them, even though I expect big things in the future for them. I’m just proud I was able to talk to them and get to know them a bit before they explode into the mainstream.

Check out this film, it’s a good one.