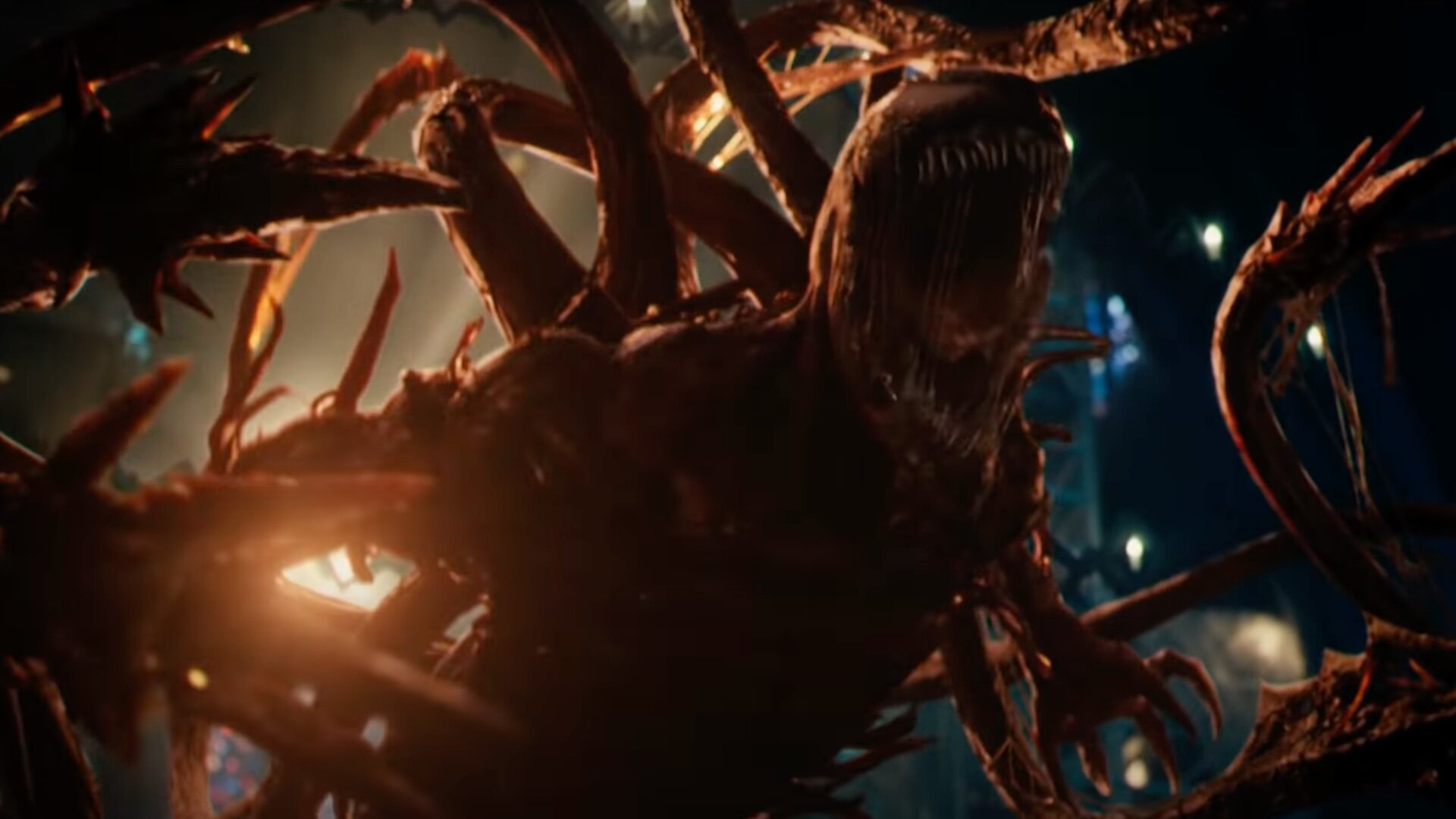 It’s here! Welcome to the Venomverse, Carnage! One of the most sadistic and dangerous Marvel villains finally gets his theatrical debut. Let There Be Carnage, the sequel to the hit Venom movie just dropped its first trailer, and it looks promising. Don’t believe me? Check it out yourself.

First of all, I liked that the trailer didn’t give much away. Always a key thing to note with any trailer debut. We get two glimpses of Carnage, but they are fairly quick. Unless you pause, you don’t get a great look at him. We do find out that he’s a creation of an undercover experiment.

Another takeaway is Eddie Brock adjusting to life as Venom. He makes a mean breakfast, albeit, a messy one. It seems like there will be a focus of Eddie and Venom coming to terms being part of another. Looks like there will be some comedy coming out of that matchmaking process.

Question is, is Venom the anti-hero? Clearly, Carnage is the villain. It’s a bit of an odd set-up since Venom has to be the star of his movie, but historically he’s a villain. I like the duo of Tom Hardy and Woody Harrelson squaring off. That on-screen presence sounds tantalizing!

Overall, it was a solid trailer, but wasn’t spectacular. Didn’t reveal much, but also didn’t “wow”. Yet, the movie sells itself. Can’t wait for all the “carnage” (pun intended).

Previous post ‘P!nk: All I Know So Far’ Trailer Release