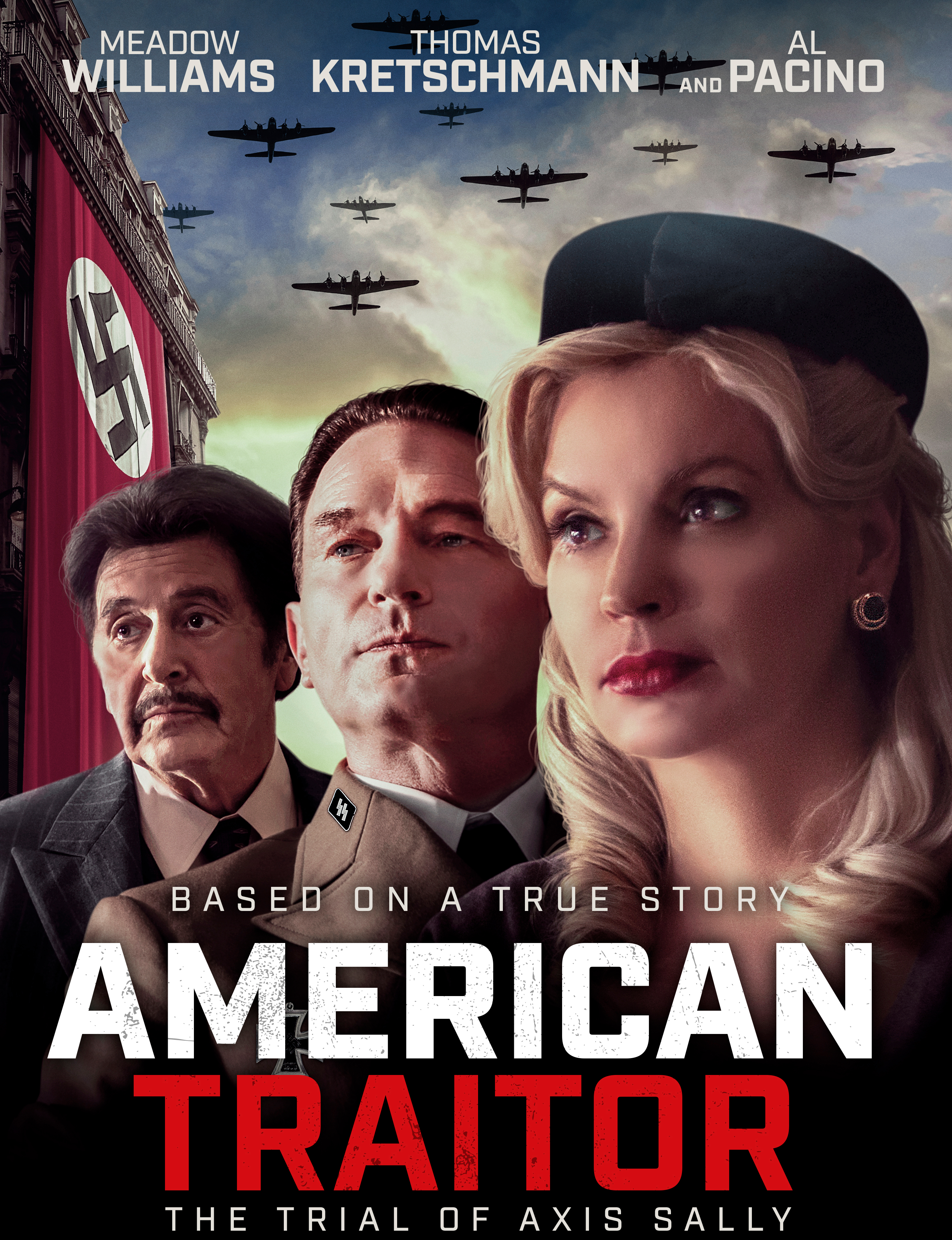 Al Pacino protecting an American spy? Say what! That’s part of the premise of the upcoming Michael Polish movie, American Traitor: The Trial of Axis Sally. Based on a true story of an American woman named Mildred Gillars and her lawyer’s (played by Pacino) attempt to regain the reputation of an alleged spy.

The film is set to open in Theaters and On Demand on May 28.