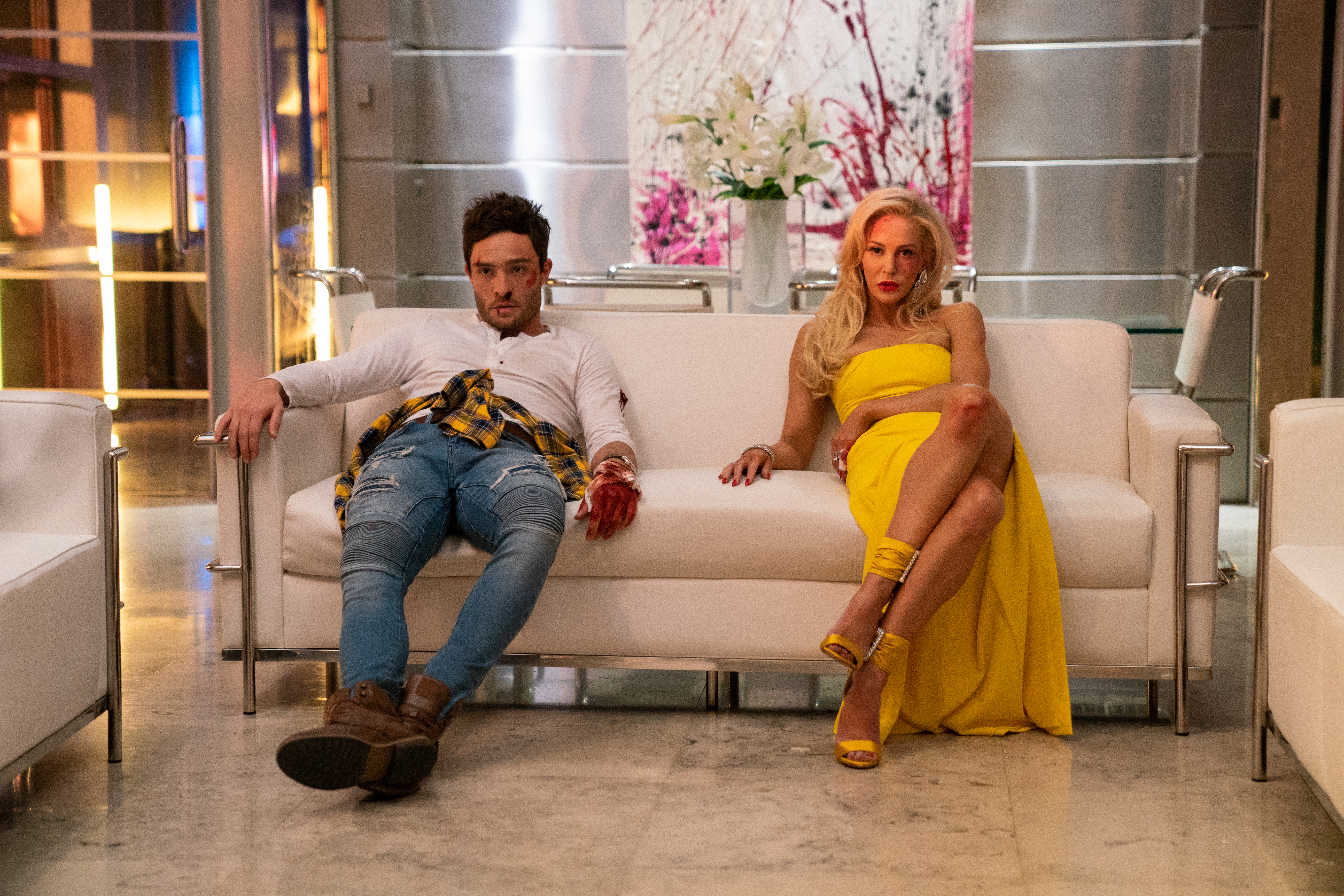 Good ol’ Chuck. Ok, so it’s been a while since Ed Westwick played that notorious character on Gossip Girl. Westwick hasn’t stopped entertaining audiences worldwide in films and shows since Gossip Girl. His latest film is the comedy-thriller Me You Madness, where he stars alongside writer/director Louise Linton.

I had a chance to speak to Ed and Louise about the film. They discussed working together and their favorite qualities about each other. Louise reveals Ed’s favorite thing. Ed talks about his favorite sports team, Chelsea football club. He also spoke about his dancing scenes in the film. Check out the full interview below.

Ed and Louise were a blast to talk to. Ed was a little more on the reserved side. Louise was very elegant and Ed seemed very chill. Both seemed to complement each other well in the interview, Louise had great energy.

I was so impressed with their performances, especially Louise, she had so much dialogue and physicality to juggle in her role. This role was unlike any previous ones I’ve seen from Ed. He was really able to have fun and let loose, and you can see it in the performance. The outfit changes for Louise were borderline overwhelming to watch, even Ed didn’t know what to expect from scene-to-scene from her.

So all you Westwick fans out there, you will certainly get a kick out of Ed’s dancing in the film. He even has a memorable scene where he’s dancing in a robe! That was fun to talk to him and Louise about. I liked how both were very complimentary of each other. Seems like there is a lot of professional and personal respect between them, which is great to see.

Ed is a Chelsea fan so I had to ask him about the current state of the club. He gave some great thoughts on what is going on with the team and why he thinks they are slumping, but seems like he’s a pretty optimistic fan. Louise is a huge animal advocate, so it was nice to talk to her about it and hear the passion coming from her when she spoke on animal testing and adoption. Fantastic stuff.

Me You Madness is a hoot. It’s wild and entertaining. It’s a unique movie, with a ton of homage to cinema, as Louise spoke about the films that inspired her, so lookout for those inspirations while you watch.

ME YOU MADNESS releases on Digital and VOD on February 12