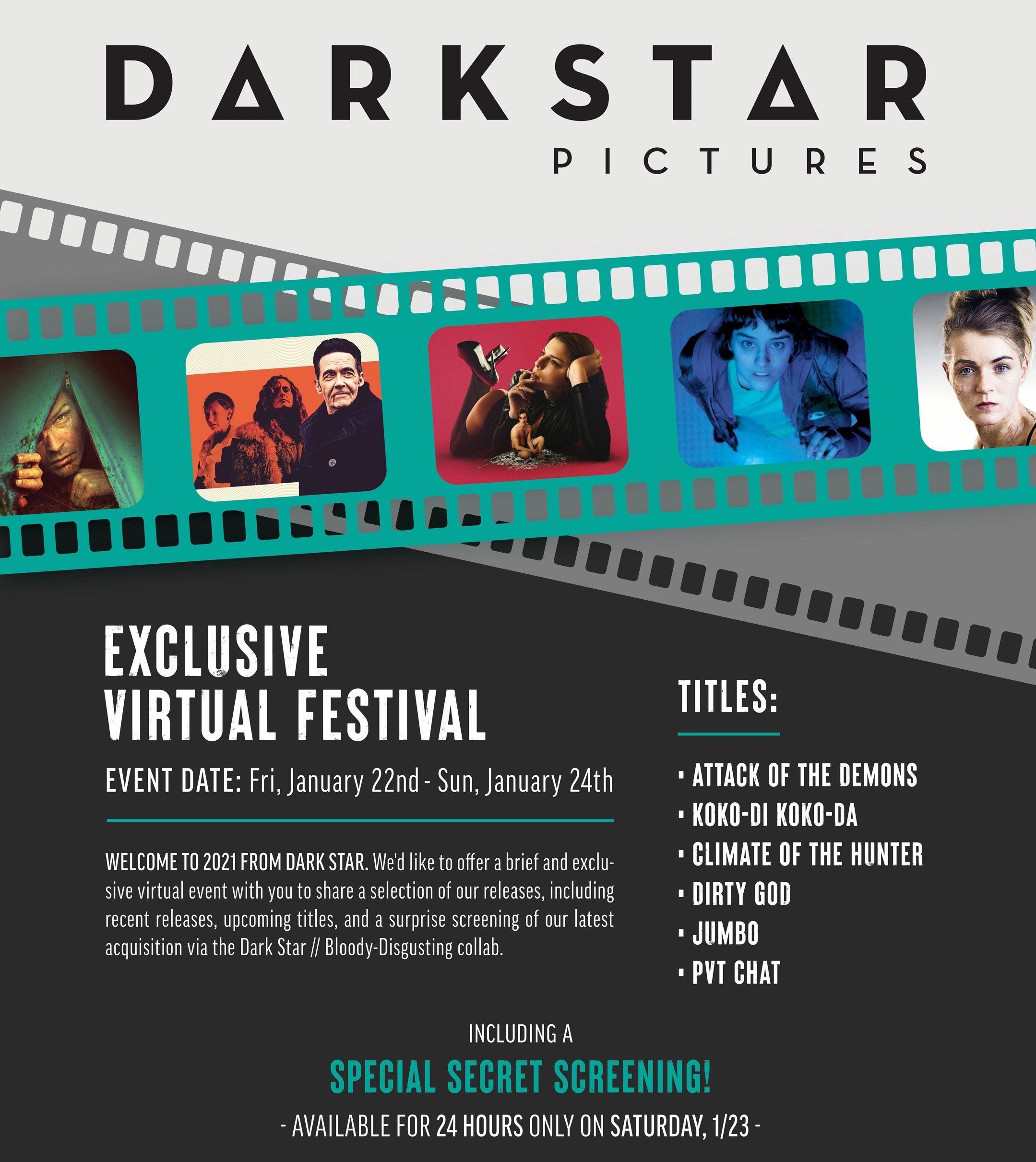 Dark Star Pictures and Bloody Disgusting are teaming up for a free virtual event for the horror fans. The event will take place from Friday, January 22 to Sunday, January 24, 2021, celebrating the distributor’s most recent international genre offerings.

Dark Star Pictures will screen the following films plus the secret acquisition to be unveiled:

When a small Colorado town is overrun by a legion of mutating demons, three friends must use every skill they have to stave off the demon apocalypse. Official Selection of Cinepocalypse.

As a couple goes on a trip to find their way back to each other, a sideshow artist and his shady entourage emerge from the woods, terrorizing them, luring them deeper into a maelstrom of psychological terror and humiliating slapstick. Official Selection of Sundance

Two sisters vie for the affections of a man who may or may not be a vampire. Official Selection of Fantastic Fest & Nightstream.

A young British mother struggles to reclaim her life after a brutal acid attack leaves her severely scarred. Official Selection of Sundance.

A shy woman develops a sexual attraction to an amusement park ride. Official Selection of Sundance.

‘Uncut Gems’ breakout Julia Fox stars as a cam girl whose client becomes fixated on her in this voyeuristic romantic thriller. Official Selection of Fantasia.

Tickets are available for free on a first come, first served basis and can be obtained by RSVPing through ticketing links on darkstarpics.com.

Previous post ‘Con Air’ Director Simon West: Talks About How the Movie Came to Be & the Behind-The-Scenes, and Rick Astley?!

Next post Movie Pick of the Week: ‘Lennox Lewis The Untold Story’