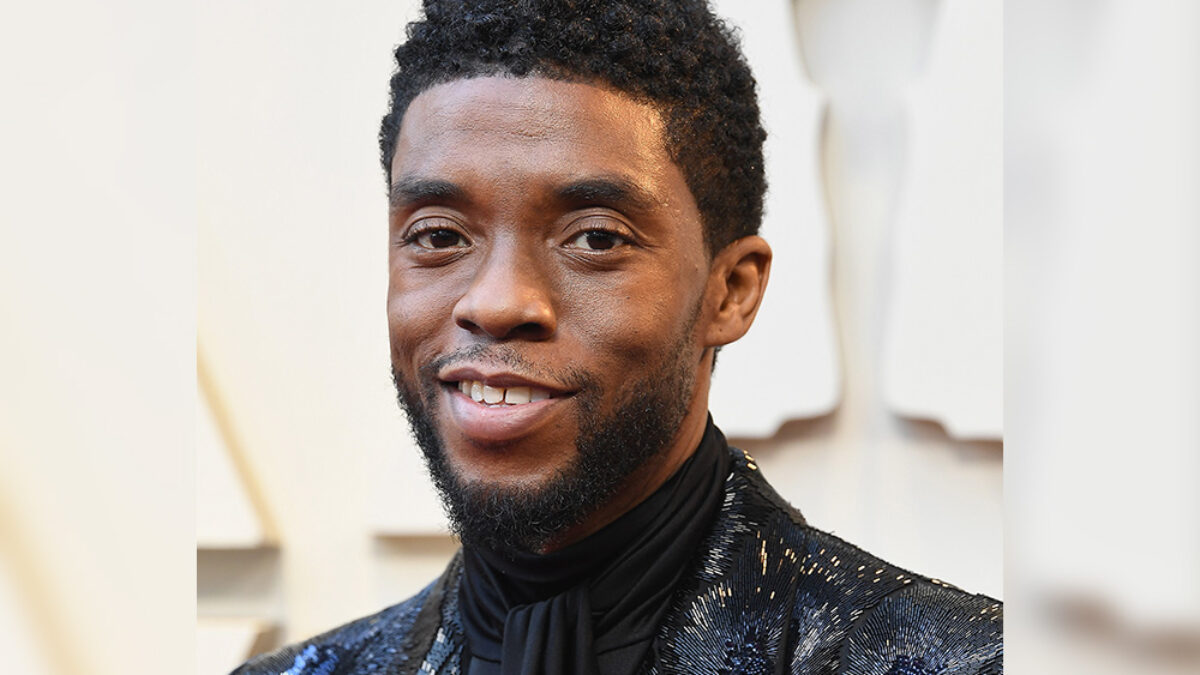 Tragic news hit on on late Friday night, August 28, 2020. That’s when most of the world was stunned to hear of the passing of actor Chadwick Boseman. In a year that seems to constantly deliver tragic news, this one was really shocking. Dead at 43, after a four year battle with colon cancer. A battle that very few knew about.

Immediately millions went to social media to leave their reactions. Many of them using the #Wakanda. Chadwick was Wakanda. He brought a superhero to life that inspired people around the globe, especially those of African descent. He was a heroic figure to many, no matter what race or ethnicity.

That’s sort of how Chadwick has always handled his work. Fearless. Fearless in taking on roles that many others wouldn’t be able to handle or feel the pressure of living up to. Chadwick’s fearless approach didn’t stop him from delivering a Jackie Robinson we could feel through the screen.

James Brown was the “Godfather of Soul,” but only Chadwick could bring him back to life with the mannerisms and spirit that only Brown could embody.

Same can be said for Thurgood Marshall. A iconic historical figure. Who would take up on the challenge of bringing back another icon to life? Chadwick did.

He even made the ordinary seem real good. Take for example a movie like 21 Bridges. A rather formulaic thriller, but captivating due to Chadwick’s role. He was just someone you immerse yourself and completely buy into. He made bad look good, average look great, and great look unforgettable.

This was a future Oscar winner, possibly multi-Oscar winner. His talent was that immense. It’s sad he will never get experience that moment.

The man was fearless. Any historical icon that seemed impossible to emulate, enter Chadwick. So before he inspired many as T’Challa, he was inspiring for years by playing these larger than life figures. Icons that mean so much to the African-American community. It wasn’t just T’Challa and Black Panther. He proudly embraced this character and what it meant and stood for. Frequently crossing his arms together to symbolize the Wakanda in public. It was a decade of icons that this man portrayed as good as anyone could.

Those that were paying attention knew this man was a special talent. In a way it’s unfortunate that it took him appearing in a Marvel movie for the world to recognize.

While we have an idea what Chadwick stood for in terms of his work, we didn’t know too much about Chadwick the man off-screen. He seemed like a good man. A private person. In an industry that thrives on self-promotion and social media trends, Chadwick lived his life. Sadly, his life must have been a struggle on a daily basis. Battling any disease is a major obstacle, but battling cancer is another beast.

Four years of battling. Quietly. Silently actually. As he delivered a superhero to inspire the world, the man was doing double duty by entertaining us while undergoing grueling treatments. Unless you were close to Chadwick, you couldn’t see or understand what he was going through. Millions of his fans would debate the next Marvel movie. Sharing theories on Avengers: Endgame and Black Panther 2, while Chadwick was giving every inch of his soul to keep living and working. Miraculous, really.

I feel horrible for what he had to endure, similarly to hundreds of thousands of people struggle on a daily basis with this unforgiving deadly disease. We watched a superhero on-screen, while a real life superhero was quietly inspiring the world. That’s the power and impact that Chadwick had.

If we only knew what he was going through? Maybe it’s a good thing we didn’t. Chadwick did it on his terms. If he wanted the world to know, they would have. I admire the humility of a man who can maintain privacy in the worst of circumstances. Not asking for anything. He just gave and gave instead. Gave us something to be happy about. Gave us a new outlook. Gave us greatness.

I sure hope he received all the love he deserved. From us fans. Media. His colleagues and peers. He was a living icon, but now will be one forever. When young people, and Chadwick was young, die seemingly too early with so much life to live, we mourn in shock. In his case he will become immortal because the world is and was watching. Yet, Chadwick still had his deserved privacy. I’m glad he did it his way.

We won’t have the privilege to see the countless inspiring characters and movies he could have provided. He changed the world already though. I remember seeing him looking thin and wondered on a few occasions if everything is okay with him, but you just notice and move along. As a journalist, I do wonder if he was ever asked about his appearance or simply asked how he’s doing? For better or worse, he kept it to himself.

Deaths of great prominent figures are always shocking. You just never see it coming. It’s random in every way. You’re never ready for this moment. It’s hard to accept. We will be left wondering for days, weeks or even months. Watching back his work, interviews, anything that had his name on it. It’s the closest thing that we can have to coping and rationalizing.

I never met Chadwick, but some of my peers have. I’ve seen enough of his interviews and read stories to know he was a good human being. He cared for others. Visited sick children in hospitals. Usually to little or no fanfare. That’s how you know someone is a real one. Genuine. That’s what Chadwick seemed to be. A better person than talent.

I hope Chadwick won’t just be known as T’Challa, Black Panther or the symbol of Wakanda. He was so much more than that. A superhuman. Inspiring in his is battle and devotion to work. The work that produced powerful moments of true greatness. I hope anyone that’s sick and going through difficult times can take away something from Chadwick’s battle. Fight till you can’t!

May Chadwick Boseman rest in peace. You gave the world more than we deserved. You changed lives. Gone way too soon. Never forgotten. May people remember you and admire you for your personal battle and determination. The amazing fight you gave till the very end. Wakanda is a fictional place, but the man that made it relevant was a fearless superhuman, more so than his character.

A real life hero has died, but his legend has just started.

Previous post Conversation with Philip Winchester: On Working With Megan Fox and His Home Life Away From the Set

Next post Conversation with Natalie Eva Marie: On Her Potential WWE Return and Acting Alongside Her Idols

REEL TALKER’S HOLIDAY GIFT GUIDE (2.0)! CREATIVE AND PRACTICAL GIFTS FOR YOUR FRIENDS AND LOVED ONES