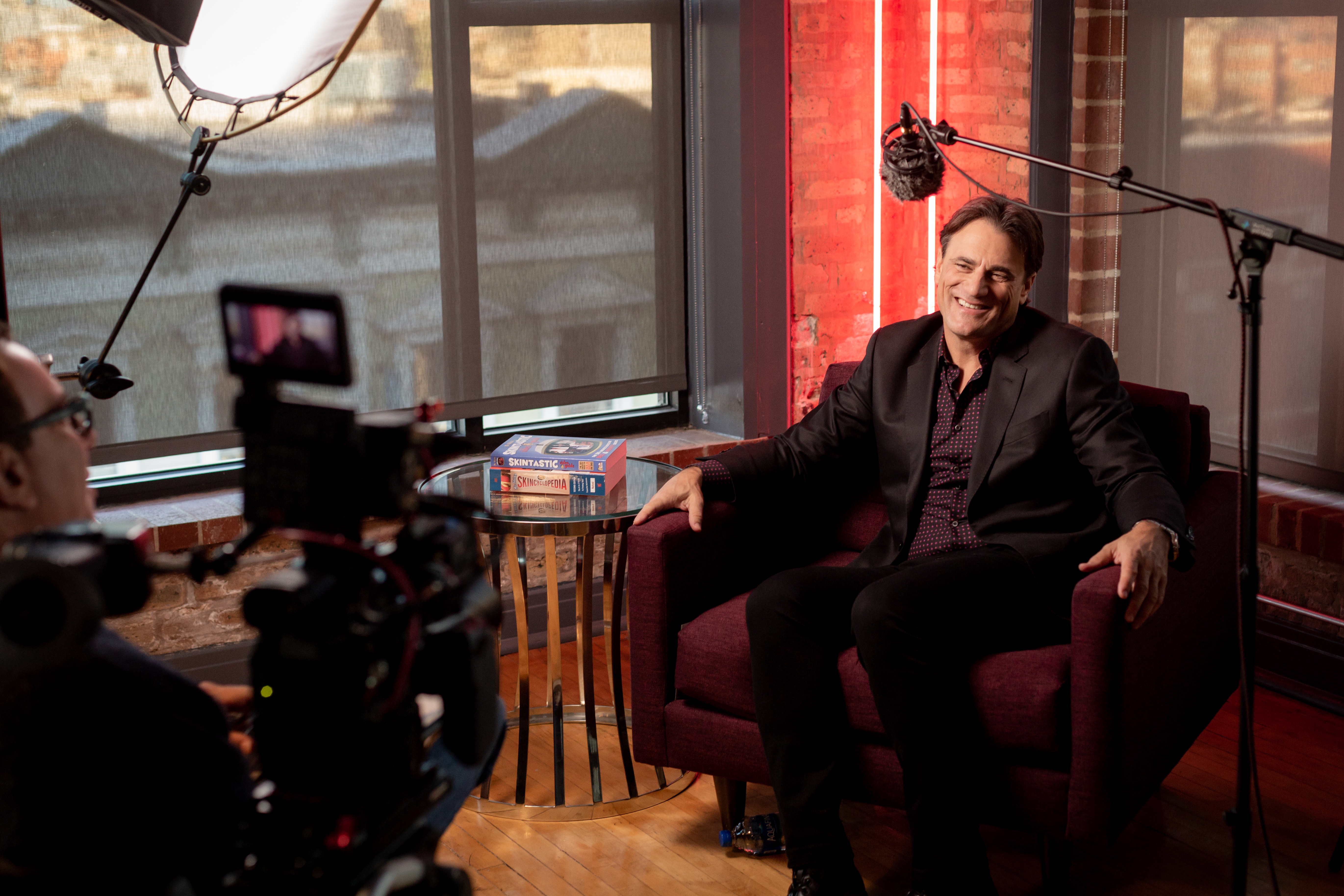 Mr. Skin is synonymous with cinematic nudity. The website is like an encyclopedia for movie nudity. The man behind the famous site is Jim McBride aka Mr. Skin. Jim and his colleague filmmaker and producer Danny Wolf are releasing the fascinating documentary Skin: A History of Nudity in the Movies (August 18).

I spoke to Jim and Danny about the documentary and the history of nudity in the movies, as well as the future of it. They speak about the effect of the #MeToo movement on sex and nudity in cinema, plus much more.

I found Jim and Danny to be smart guys and very personable. I’ll be honest I always thought that the “real” Mr. Skin must be some old, bald, obese creepy guy that obsessed over movie nudity and ran a site from his basement, haha. I couldn’t have been any further off from the truth. Jim appears to be very professional and well spoken. Much more of a business man than an internet troll.

I was so intrigued by the documentary. I’ve known of Jim’s site for long time and been a visitor to it. Speaking to them it was very apparent both guys are movie historians. Very good knowledge of cinema and actors. They are students of cinema with a specific and unique focus. I learned a lot just by speaking to them.

It was a bit surprising to hear how much optimism Jim and Danny have about the future of nudity in the movies. I figured with the #MeToo movement and things being more buttoned-up (no pun intended) in the world, that movie nudity would slowly drift away.

Jim and Danny made a great case for the future of it. Lets face it, we all secretly enjoy movie nudity. There is something taboo that shouldn’t be taboo, but we still view it that way. I hope we embrace nudity and sexuality like other nations have and not view it as bad or taboo.

I enjoyed my convo with the guys. Didn’t know Jim was a local Chicagoan, so that was a nice local connection there. I highly recommend the documentary. Very well done and tastefully. It was pretty fascinating and delves deep into the history of movie nudity by the decades and all the way to the start of it. Pretty educational in that aspect. Good watch.

Next post Conversation with Trai Byers: He Talks Black History and Being Mentored by Kevin Willmott