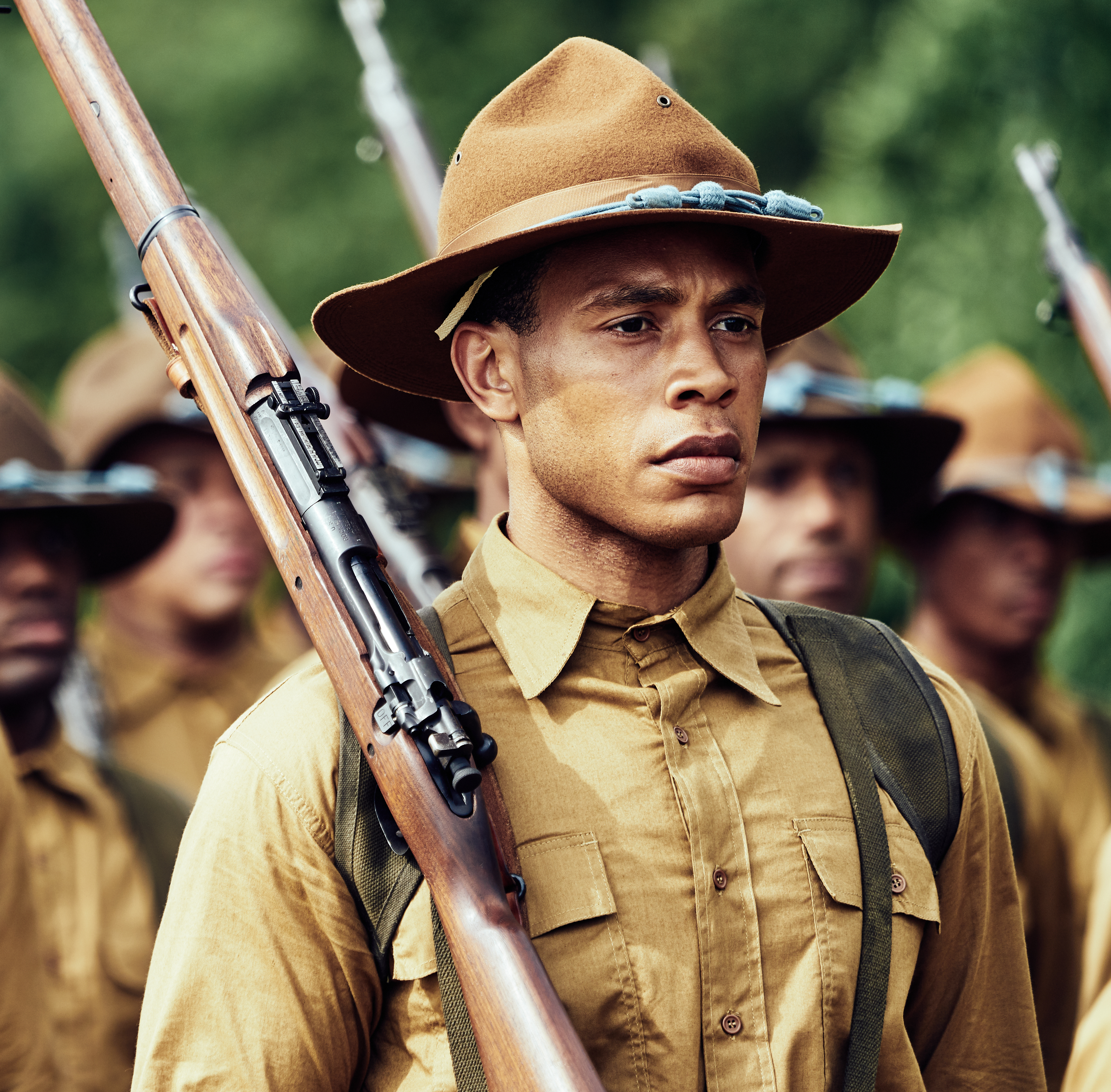 For those that watch the show Empire, you already know that Trai Byers is a mainstay on it playing Andre Lyon. Aside from Empire, Trai has appeared in the movie Selma, as well as shows such as All My Children and 90210. His latest film is The 24th, which he co-wrote it with Kevin Willmott and stars in it as “Boston”. I spoke to Trai recently about the film, his long standing friendship with Willmott and black history.

Trai was super fun to talk to. Nice guy with a great demeanor and energy. I had no idea that Kevin Willmott was his college professor at the University of Kansas. I also didn’t know they developed the script for The 24th years ago while in college and Kevin wanted Trai to play the part of Boston as the lead in the film. That’s some cool stuff there.

It was important for me to get to speak to Trai about black history and what they portrayed in the film. As I told Trai, I really learned some things. I wasn’t aware that darker skinned African Americans would hold animosity against lighter skinned black people. That was certainly jarring to see in the movie and important to learn and know.

I appreciated how raw and real the film felt. It didn’t hold back and really felt it kept things honest. They tension felt real and the setting was also something I’d imagine it would be during the early 1900’s. This is a film that I found to be educational in many way. From the treatment of African Americans in our country during those times to how the black community stood together, even if they were unfortunately put in horrible situations seeing their friends and family go through racial injustice.

I felt that the love story aspect of the movie was done well and had some actual substance to it. I could feel for these characters. The pain and suffering they went through is hard to imagine what the actual people had to deal with.

Trai is a fantastic actor. I forgot to mention to him how he reminded me of Denzel Washington. I just kept thinking he’s like a young Denzel, while watching the movie. It’s his on-screen presence and power combined with the way he talks. It felt very Denzel like.

I certainly hope that this is just the beginning of seeing Trai in prominent roles and films. He’s a heck of a talen and a very good writer also. Coming from the school of Willmott, I wouldn’t expect any less.

Previous post Conversation with Mr. Skin on the Future of Movie Sex and Nudity

Next post The Exclusive Theatrical Release of ‘Blackbird’ Announcement