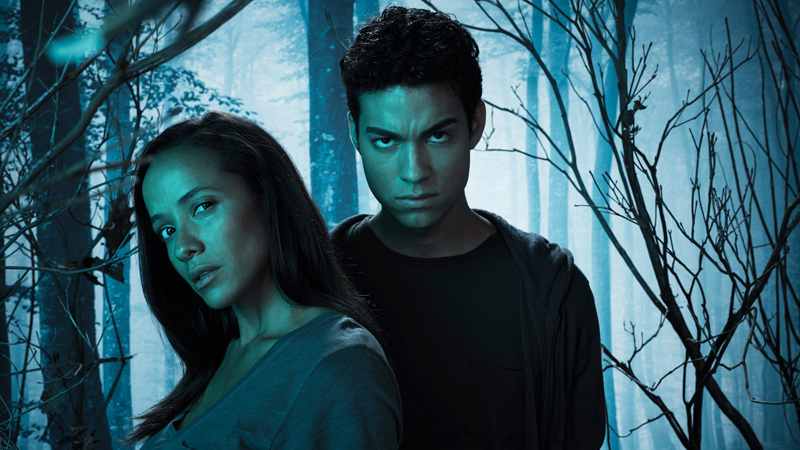 If you haven’t seen Davi Santos do work in Tell Me A Story, check it out on CBS All Access or follow it along from the start of season one on the CW. To a younger audience he can be recognized as the Gold Ranger on Power Rangers Dino Charge. I spoke to Davi about his work on Tell Me A Story and how he was influenced by Kevin Williamson movies growing up, plus what’s it like to play a Power Ranger.

Davi was super fun to chat with. Great energy and outgoing personality. That might have been the coolest Zoom location of anyone I’ve chatted with. You could tell Davi was a true fan of Kevin Williamson, not just cause he works on his show. I like how he brought up I Know What You Did Last Summer as a movie that really stood out to him. That’s one underrated film.

I really liked hearing about Davi’s affinity for travel and cultures. That’s a heck of hobby to have. Getting to travel the world and exposing yourself to new ideas and cultures sounds phenomenal to me.

I really got the sense of how genuinely gracious he is about the opportunities he’s had to work on projects that have a meaning to him, including playing diverse characters. He did a great job on Tell Me A Story and looking forward what’s next for him. In the meantime I’m avoiding on binging on the show and watching it weekly on the CW. Excited for what’s next!

‘TELL ME A STORY’ airs Tuesdays at 9:00 pm ET on The CW. Additionally, every episode of TELL ME A STORY will be available to stream on The CW’s free digital platforms (CWTV.com and The CW app) following its broadcast on The CW Network.

Next post Are ‘The New Mutants’ Really Set to Arrive this Month?