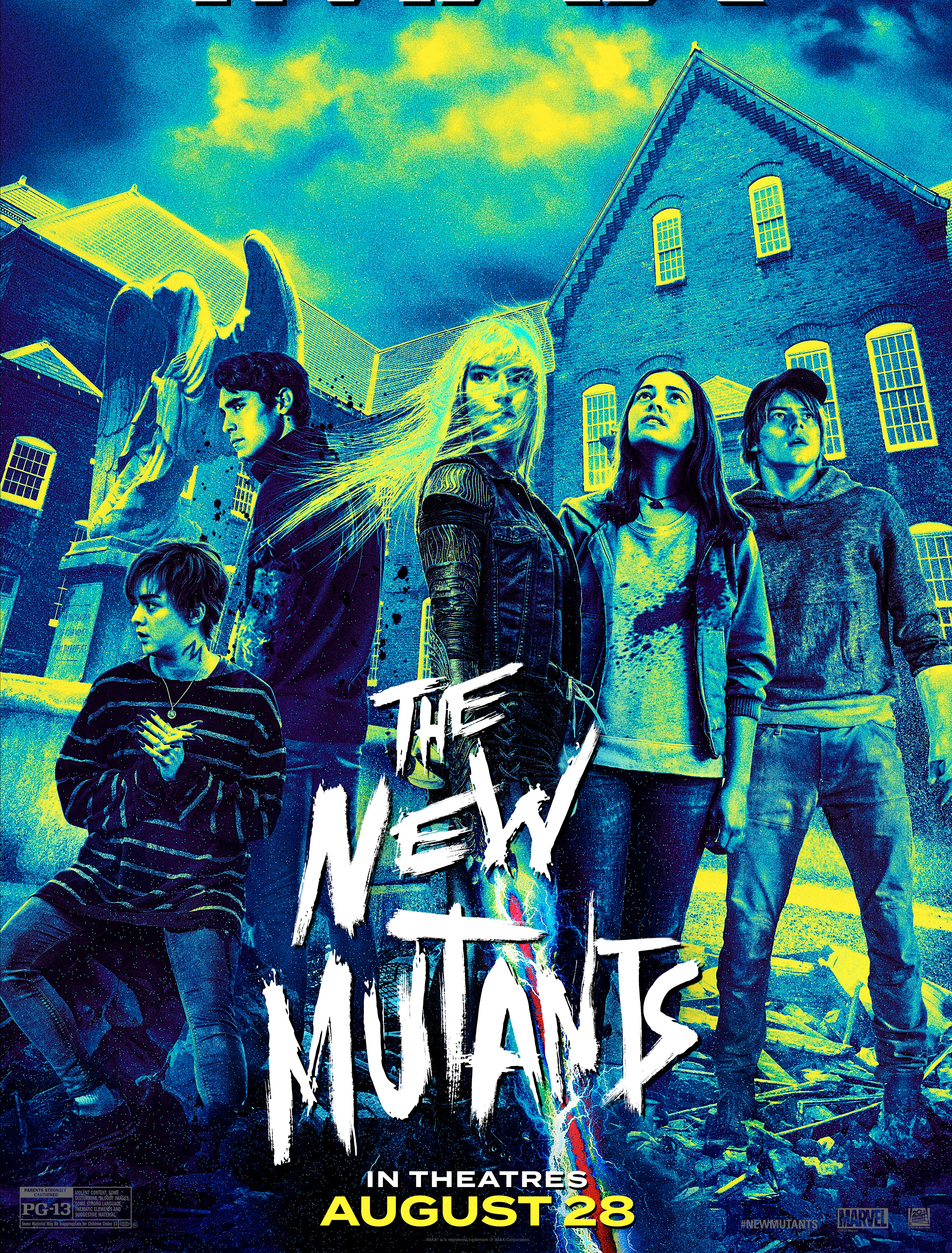 The highly anticipated Marvel and 20th Century Fox film The New Mutants gets a release date. Cool. We knew there have been a few thousand movie releases pushed back already due to the coronavirus and theater closings. The New Mutants is about to either badly tease us or make headlines as one of the first major blockbusters with a set and unchanging theatrical release.

The New Mutants is set to release on August 28 2020 and I’m torn as to whether to get my hopes up or not even bother. We have seen this story too many times. Ask Tenet about that. Lots can obviously change in the next two weeks before the slated release, but it’s coming real soon.

Personally, I think they will stick with the release and make it happen. It’s just too short of a time window for them to pull back. The promotion is underway and in full swing.

They will get billed as “The Young X-Men” or “New X-Men” but The New Mutants are their own entity. They are based on the comics from Chris Claremont and Bob McLeod. Sure, they are connected and part of the X-Men and Marvel Universe, but the film will certainly depict them in a different way as a standalone series.

The New Mutants is a hybrid horror film. Both thriller and horror, it’s not your standard comic book movie. The official synopsis reads:

20th Century Studios in association with Marvel Entertainment presents “The New Mutants,” an original horror thriller set in an isolated hospital where a group of young mutants is being held for psychiatric monitoring. When strange occurrences begin to take place, both their new mutant abilities and their friendships will be tested as they battle to try and make it out alive.

WHO IS BEHIND IT:

Some familiar names are behind this production. Simon Kinberg and Lauren Shuler Donner and the late Stan Lee are few of the names producing the film. The director is Josh Boone who is known for directing The Fault in Our Stars. He doesn’t have many names to his credit, but is considered a rising talent.

Needless to say, The New Mutants has a very good team behind it, even if the director lacks some experience.

This will primarily be a centered on a younger cast. Maisie Williams, Anya Taylor-Joy, Charlie Heaton, Blu Hunt and Henry Zaga star. Williams is widely known for playing Arya Stark on The Game of Thrones, while Taylor-Joy starred in Split and Glass. Heaton is a familiar face to those who watch Stranger Things.

It’s a talented young cast that are all up-and-coming talents. Curious to see how they come together in this film.

As on now expect to see The New Mutants in theaters come August 28, let’s hope that it becomes reality and makes news for being one of the first films NOT to be delayed.

One thought on “Are ‘The New Mutants’ Really Set to Arrive this Month?”

Next post Amazon Prime Video to Release “Welcome To The Blumhouse”