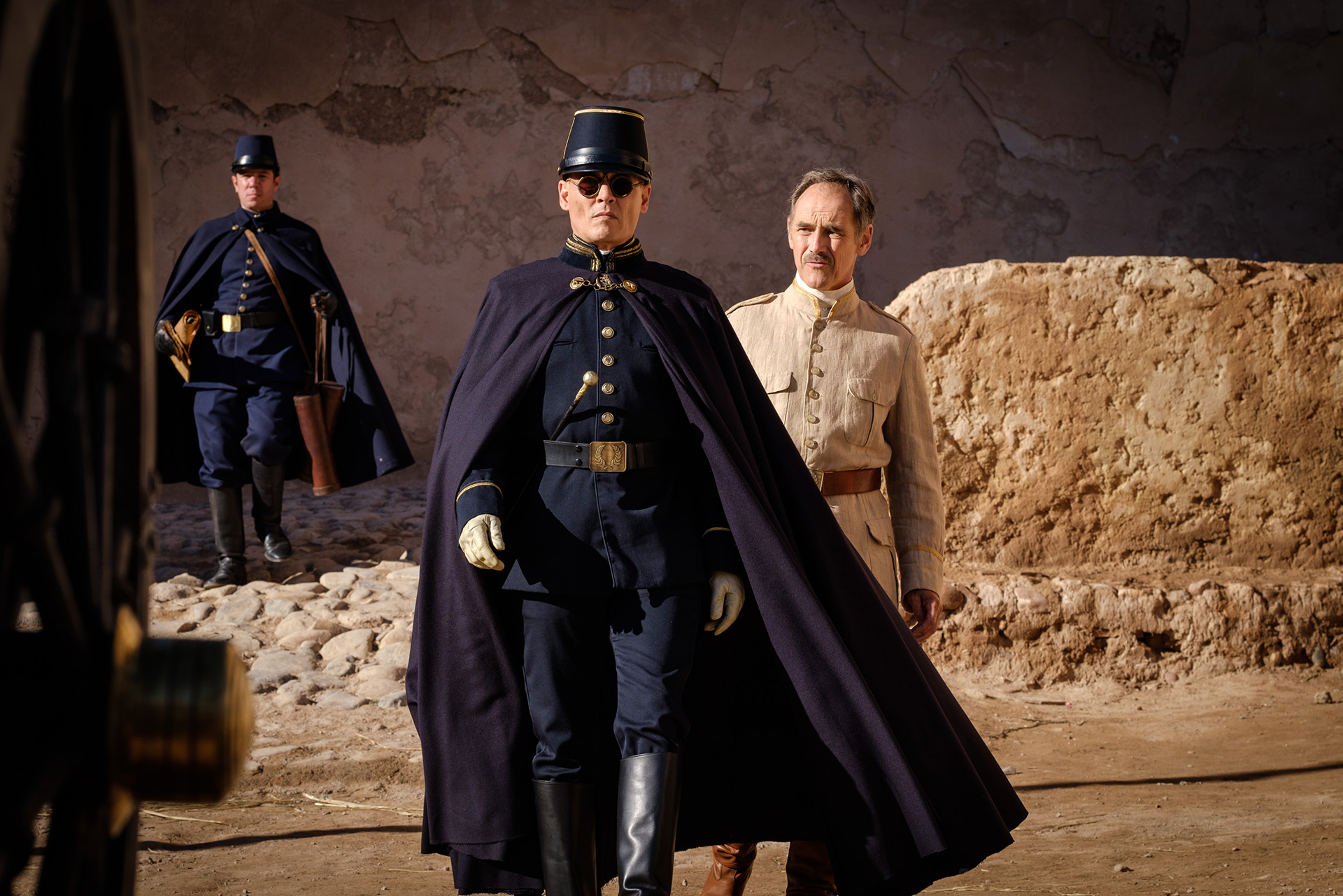 What the hell did I just watch? Not entirely sure to be honest. Waiting for the Barbarians felt like a grind instead of a couple hours of leisure and entertainment. Top heavy with star names and a story plot that leaves a lot more to be desired.

Ummm….idk really. So it’s based on a novel from J.M. Coetzee (also writer on the film). The Imdb synopsis does read, A Magistrate working in a distant outpost begins to question his loyalty to the empire. So there you go. Nearly two hours long, yet they give you one sentence of a description.

From what I gathered by watching, Mark Rylance plays the “Magistrate” who is on the verge of retirement from his outpost until Johnny Depp drops in and rains on his desert parade.

Depp plays the seldomly seen Colonel Joll. Sprinkled through a few scenes in the movie, mainly at the start and end. Don’t get your hopes up expecting to see anything significant from Depp.

To put it in a nutshell, Magistrate meets and saves a “barbarian” woman whom he forms a relationship with, all to the dismay of the British imperial forces. There.

The setting looks like something out of Lawrence of Arabia crossed with Aladdin (live action version). Lots of sand and desert, but looks like the right setting for this story.

Credit to the cinematographer for the nice work and making it visually presentable and grand.

I expected this film to be pretty violent due to the nature of the story, but it didn’t have much of it at all. When you throw the word “barbarian” in the title then you naturally expect barbaric things to happen. Guess it just sounded better used in the title.

The story is just not a seamless and easy one to get into. I was confused from the start, maybe I’m just an idiot, but I still need to be entertained and feel like I understand what I’m watching. I didn’t with this one. It’s just terribly slow.

Rylance’s performance is steller. He’s got a soft spoken subtle nuance about him that carries a lot of power. He’s the rock of this story. Just a fine actor that does his best to keep this movie somewhat afloat.

It bothers me when movies use some big names on a marquee, only to find out they make mere cameos in the film. Enter Depp and Robert Pattinson, both widely promoted on the poster and trailer, yet hard to find in the movie, especially for the few minutes of screen time that Pattinson gets. They got me. I still feel kinda cheated.

The couple of scenes that Depp appears in allowed me to gauge his character as a cross between Mordecai and Edward Ratchett (Murder on the Orient Express), so go figure.

As far as Pattinson goes, I’ll just wait for Batman. Nothing to comment on here.

If you like watching paint dry and getting hoodwinked by big star names, then sure, go see it. Okay, to be fair, Rylance does deliver a great performance but it sadly doesn’t warrant sitting through this.

Waiting for the Barbarians is one of the slowest films I’ve seen in awhile. Not much happens during most of the story. I found myself bored watching and distracted by everything else around me.

‘Waiting For The Barbarians’ Score: 36%

‘WAITING FOR THE BARBARIANS’ releases On Demand and Digital on August 7, 2020