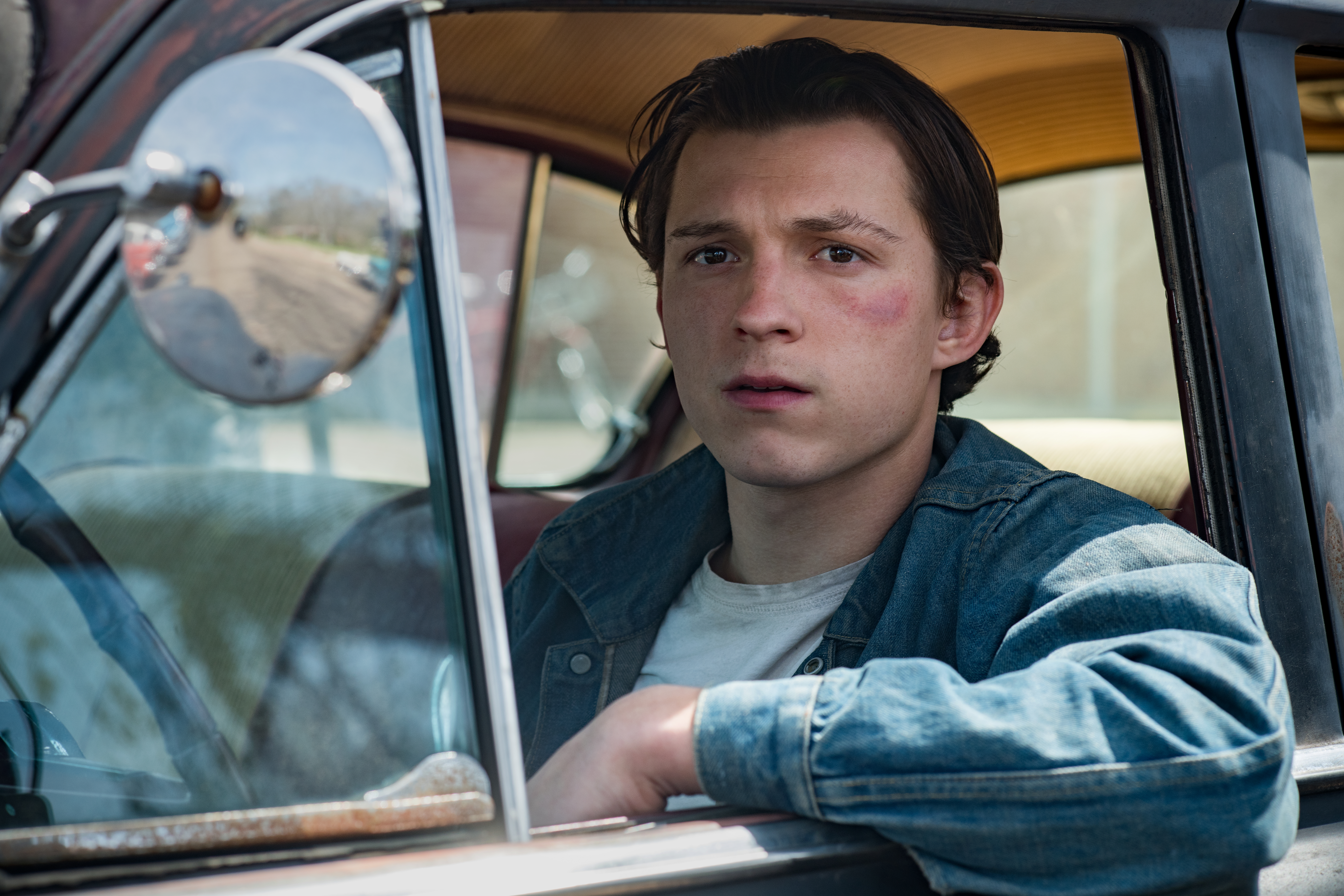 Netflix has some major movies coming our way. Aside from their mega budget future release of The Gray Man, there is The Devil All The Time lurking. Today, we received some stills from the movie which boasts two leading screen superheroes in Robert Pattinson (Batman) and Tom Holland (Spider-Man).

The film is said to be set in the 1960’s Ohio after WWII, where a group of people are suffering PTSD from the war.

The film is directed by Antonio Campos, with the adapted the screenplay from Donald Ray Pollock’s novel of the same name.

I stress how excited I am to see this film. Should be a great one.