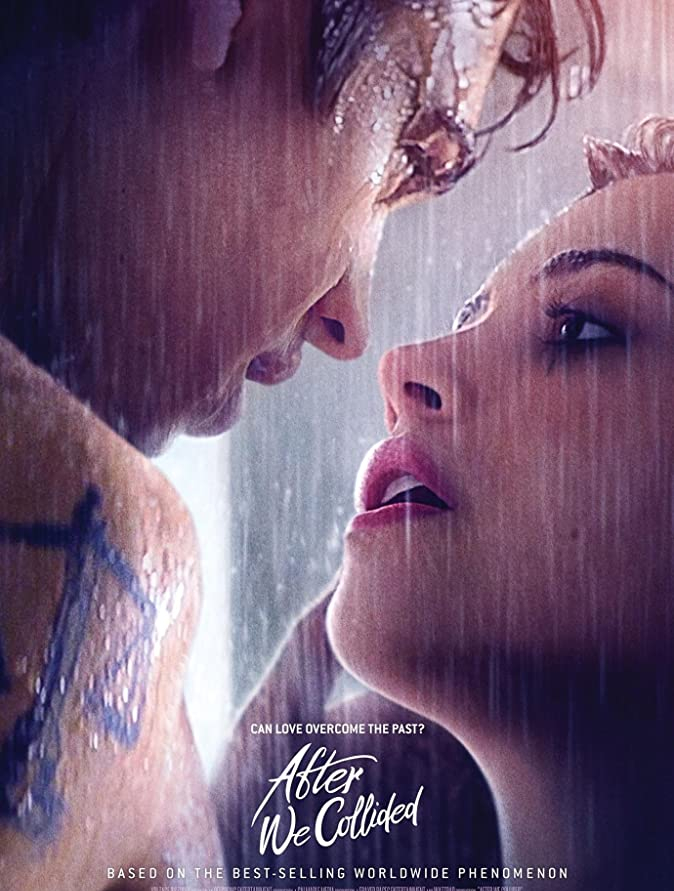 I haven’t been as excited about a sequel release in a while as I am about this. I loved After. It was as good of a young adult edgy romance I’ve seen in recent years. Based on the bestselling novels of the same name, After, now gets a follow-up to with the upcoming release of After We Collided.

The trailer for After We Collided just released and things are about to get even more intense. Josephine Langford and Hero Fiennes Tiffin reunite for the sequel with the addition of newcomer Dylan Sprouse. Sparks flew between Tessa (Langford) and Hardin (Tiffin) last time we saw them, but based on this trailer, things are about to explode.

WHAT WE LEARNED FROM THE TRAILER:

Looks like After We Collided will induce a lot more drama and sex. This trailer was steamy and sexually charged. It’s like Fifty Shades lite? Fifty Shades for young adults? It actually made me think of the story for Fifty Shades Darker, with a new person that comes between the two lovers. Could be similar or maybe totally different? Will have to wait and see till the movie comes out.

Based on the trailer there is going to be a lot more heave intimacy aka sex in the sequel. That’s certainly one of the big takeaways from the trailer. Looks like Hardin is on the brink of losing Tessa, which isn’t helpful considering the events that got him in trouble in After. From the trailer, looks like Trevor Matthews (Sprouse) will be trying to win over Tessa and take her away from Hardin.

COULD IT BE BETTER THAN ‘AFTER’:

I feel like After We Collided will be a lot edgier and more dramatic. After started out pretty innocent until it picked up intensity halfway through the movie, this doesn’t seem like it will be the case with We Collided.

I hope it doesn’t stray away from the concept and story that made the first one so good. I am certain there will be a lot more drama added since there promises to be a love triangle, plus Hardin’s additional side flings.

This was a real good trailer. The good news is that the drama seems to pick up from the previous film and the main actors (Langford and Tiffin) are back. Sprouse will be a good addition. He fits the demographic and genre.

The film has been slated for an October 2nd release, but due to the uncertainty with the pandemic, it could very possibly be moved. The trailer indicated that the movie is “coming soon”. We can just wait and see what will happen. Hopefully it releases sooner than later.

Are you looking forward to the film? Feel free to share your thoughts and comments below

Previous post Movie Review: Kevin Bacon and Amanda Seyfried Stuck Inside a Creepy Home in ‘You Should Have Left’