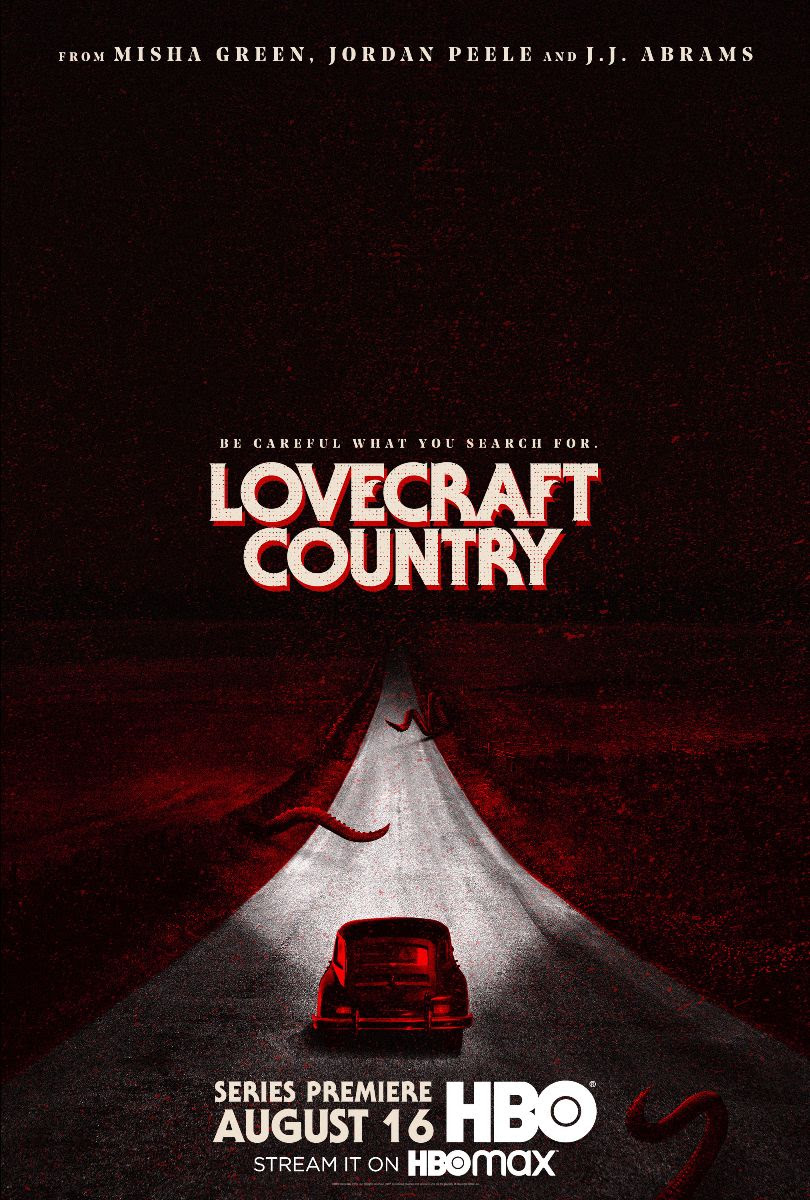 Today news comes from HBO as they announce the new drama series Lovecraft Country will debut on Sunday, August 16 at 9:00-10:00 p.m. ET/PT. It will also be available to stream on HBO Max.

According to HBO, the synopsis reads as follows:

Based on the novel of the same name by Matt Ruff, the ten-episode series follows Atticus Freeman (Jonathan Majors) as he journeys with his childhood friend Letitia (Jurnee Smollett) and his uncle George (Courtney B. Vance) on a road trip from Chicago across 1950s Jim Crow America in search of his missing father Montrose (Michael Kenneth Williams). Their search-and-rescue turns into a struggle to survive and overcome both the racist terrors of white America and monstrous creatures that could be ripped from an H.P. Lovecraft paperback.

The show will feature an impressive cast lead by Jurnee Smollett (Birds of Prey), Jonathan Majors (Da 5 Bloods), Abbey Lee (Mad Max: Fury Road), Jada Harris (The Resident), Wunmi Mosaku (Fantastic Beasts and Where to Find Them), and Michael Kenneth Williams (HBO’s The Wire and Boardwalk Empire). Some of the recurring guests will include Courtney B. Vance (American Crime Story), Jamie Chung (Once Upon a Time), and Tony Goldwyn (Scandal).

The showrunner and executive producer is Misha Green, along with Hollywood heavyweights J.J. Abrams and Jordan Peele, among others.

Based on the teaser trailer, this show seems to have a lot of promise and potential. Really good cast. The special effects look legitimate. I especially liked that clip of the castle caving-in. Looks to also have some chilling moments also, that may delivers some scares. Most importantly with the team of Abrams, Peele and Green, I expect a nothing but the best from the show.