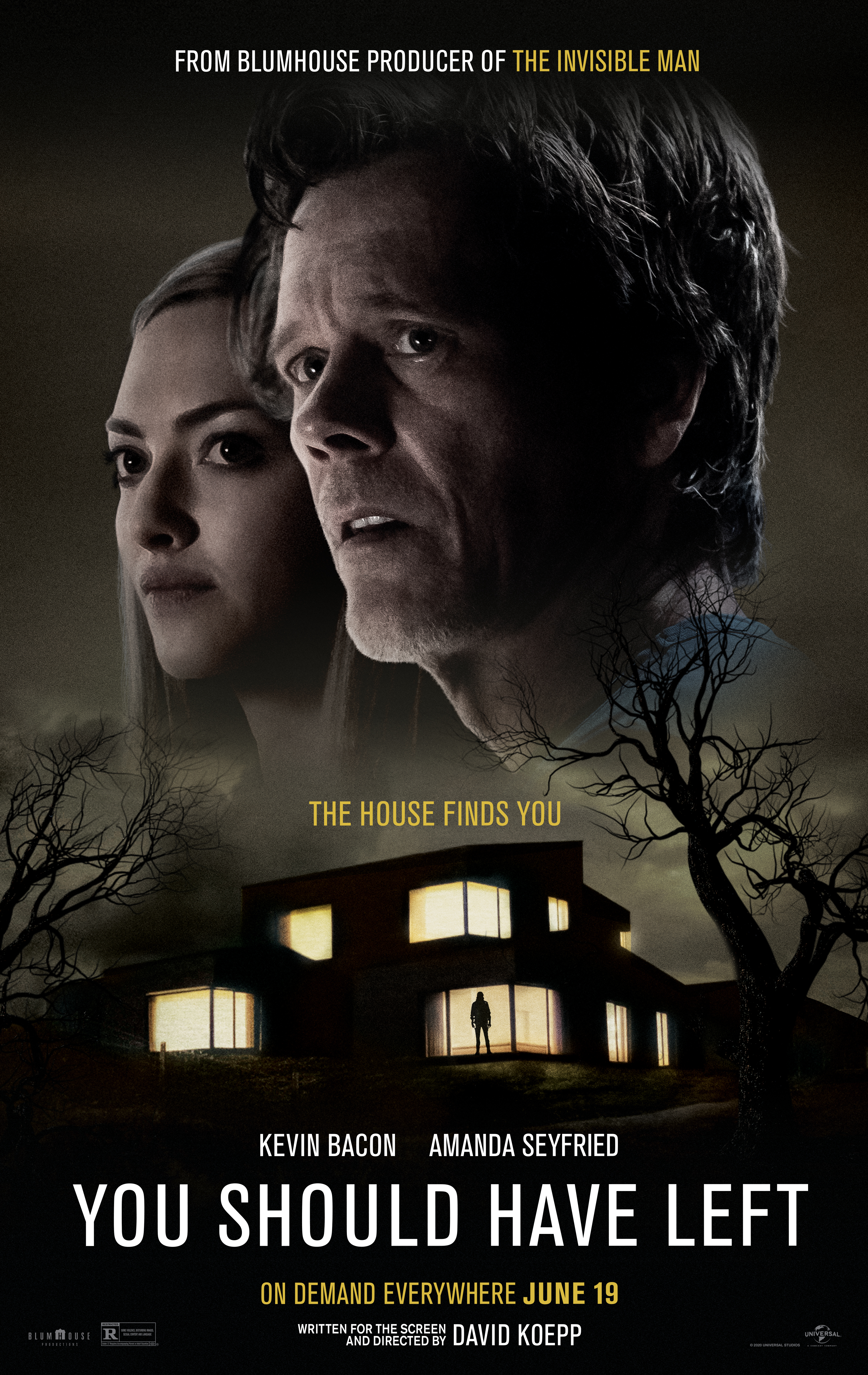 Kevin Bacon is no stranger to the horror genre. Having basically started his career appearing in Friday the 13th, then followed it up with Hollow Man later in his career. You Should Have Left has a little bit of a similar feel of a movie he did called The Darkness, only this one looks vastly superior. It looks to be reminiscent of a movie Johnny Depp did in the early 2000’s called Secret Window.

Looks like Bacon plays a writer, who travels to a remote location in Wales with his wife and young daughter, only to discover they are not wanted in the house and a mysterious spirit is trying to keep them out.

This is an interesting cast with Bacon and Amanda Seyfried playing his wife. You have two very legitimate actors, so this movie has to be at least somewhat good, no matter what. From the looks of the trailer it certainly looks intriguing.

I have high hopes for it since it’s a Blumhouse production. Blumhouse usually hits the mark. Those movies are legitimately solid for the most part. It’s from the makers of The Invisible man, a really good recent horror thriller and the trailer has that similar vibe of that movie.

The one part that really got me interested is when he’s measuring the dimensions of the house. For some reason it’s a unique scene they chose to include in the trailer that seems to be significant and left me with a bit of a chill.

Another significant fact that I think this movie will be good is that it’s written and directed by David Koepp, the man who wrote the original Jurassic Park and Mission Impossible among other notable movies, including the aforementioned Secret Window.

Good cast, good writer, good trailer. I’m giving You Should Have Left a good shot at making a good impression!

‘YOU SHOULD HAVE LEFT’ is On Demand Everywhere June 19