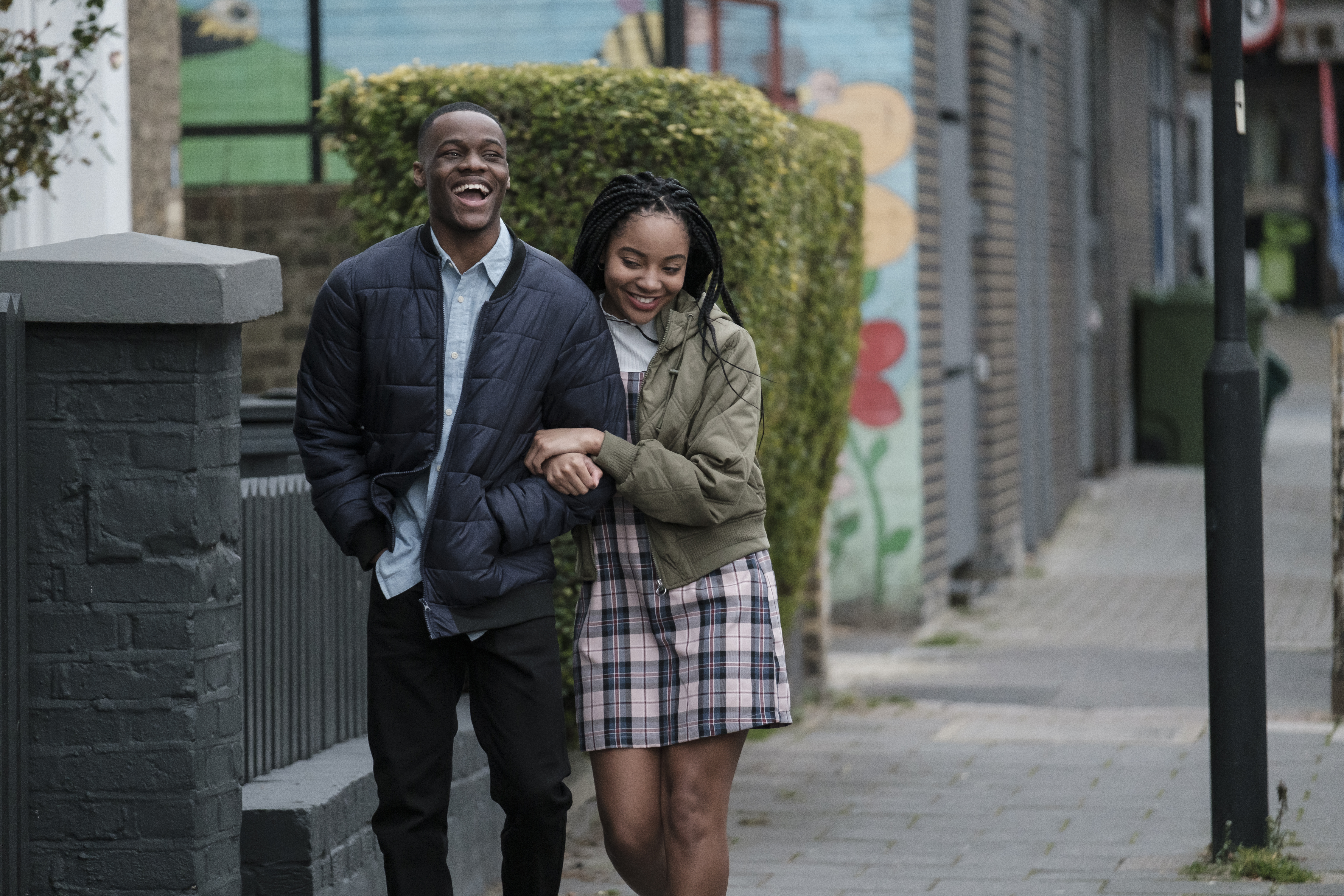 Prior to seeing Blue Story I wasn’t familiar with Rapman, Stephen Odubola or Karla-Simone Spence. It’s a compelling story that sheds light on London neighborhoods that don’t hear about or see, unless you’re there. It’s a raw and personal story from British rap sensation, Rapman. I had a chance to sit down (pre-COVID-19) with the stars of the film Stephen Odubola and Karla-Simone Spence while they were promoting the film.

I had a blast talking to Stephen and Karla-Simone. The interview took place on the Paramount lot offices, so it was a great setting. Both Stephen and Karla were very engaging and easy to chat with. They looked quite fashionable with a great sense of style also. Karla in that eye-popping yellow jacket, while Stephen had that shoulder mini-backpack.

As you can see in the video, they seemed to have great chemistry and friendship together, and it shows up in the movie. Both were charismatic and fun. I actually learned a lot from them on the making of the movie and some of the things they had to encounter along the way. The reaction the movie received locally and hearing them talk about filming in those tough neighborhoods portrayed in the film.

I feel both of them have very promising futures and a move to the US could only help their global profile and projects available to them. Really enjoyed their work in the movie and meeting them was even better. I sure hope people get a chance to see the film.

‘BLUE STORY’ is out now on Digital for rent and purchase

Next post Blu-ray/Digital Movie Pick of the Week: I Still Believe