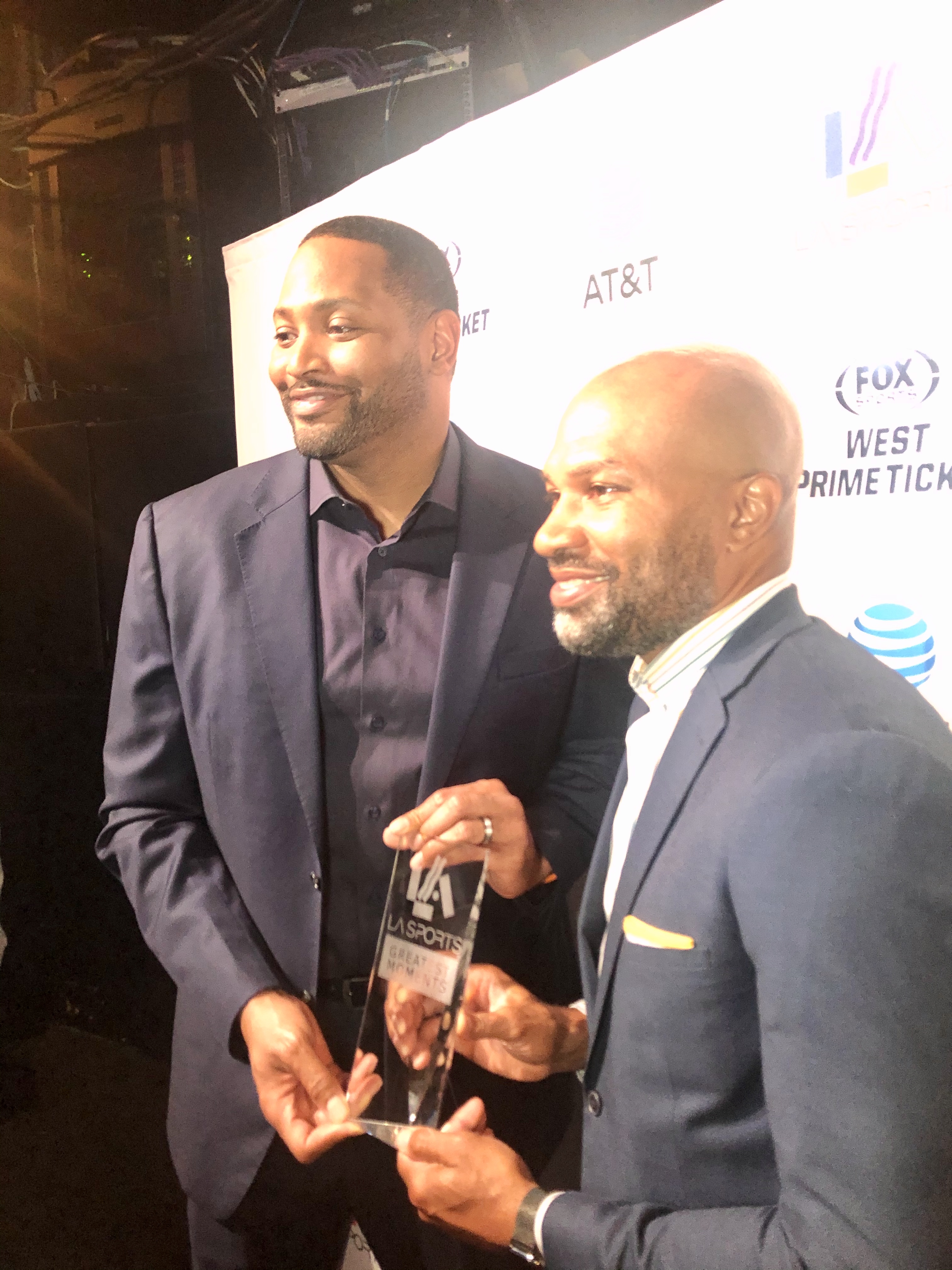 Derek Fisher and Robert Horry and synonymous with the Los Angeles Lakers and NBA Championships. They were also Kobe Bryant’s longtime teammates on the Lakers. Fisher was there for all five of Bryant’s championships and one of the closest friends on the team. I had a chance to speak to Fisher and Horry at the LA Sports Awards where they received an award.

I asked them about how they were coping with the loss of their friend and if they learned something personally from this tragedy. Hear what they had to say about how this tragedy brought them together.

Derek and Robert were great. They took their time to speak to media backstage. They made it clear that they wanted to focus and keep it about Kobe. Credit to them for that and being honest and open about their stories and feelings about Kobe.

Robert did a fantastic job answering my question about how they were coping and what they learned from the tragedy by sharing the story about how they as teammates now have a group text to keep in touch. Awesome stuff. Great guys and you can tell they loved Kobe the way they speak about him.