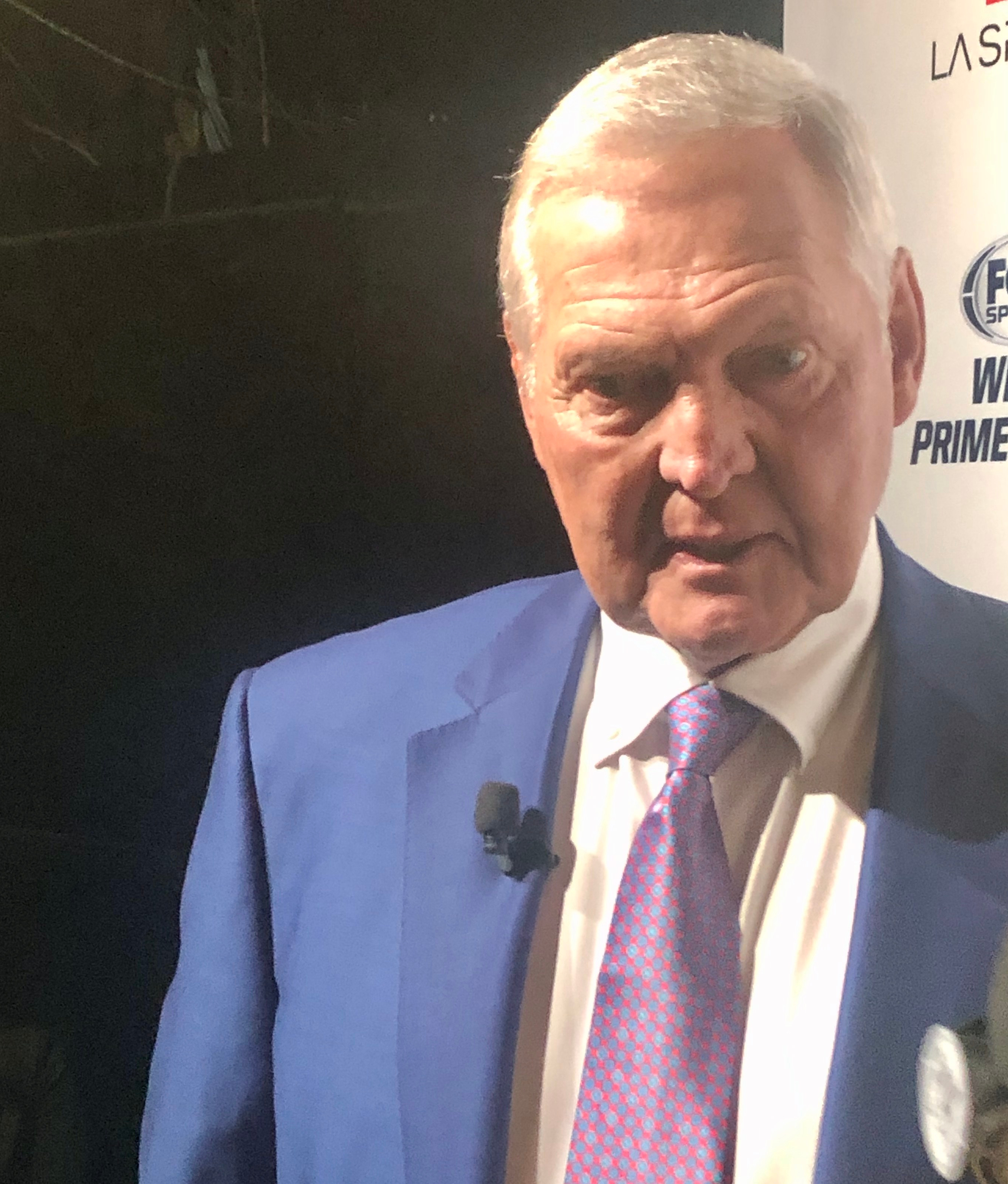 NBA icon and Lakers legend Jerry West recently attended the LA Sports Awards. I had a chance to speak to him backstage and ask him about the commonly discussed topic of the NBA logo silhouette being changed from his image to Kobe Bryant’s. Here is what he said.

Mr. West was very gracious. He’s been through a lot lately with Kobe’s passing. West was one of Kobe’s closest confidants and mentors. He’s displayed so much of his heartache with the public, everytime he speaks of Kobe. It’s been heartbreaking to watch.

I had to ask him about the logo silhouette (which is Jerry West currently) being changed to Kobe’s in his honor. I felt he answered it truthfully and might have been a bit irked that his name is always associated with it. That’s how humble this man is. He did explain the story of how he was even picked as the logo. Great man. Appreciated him speaking to media backstage when he didn’t have to.